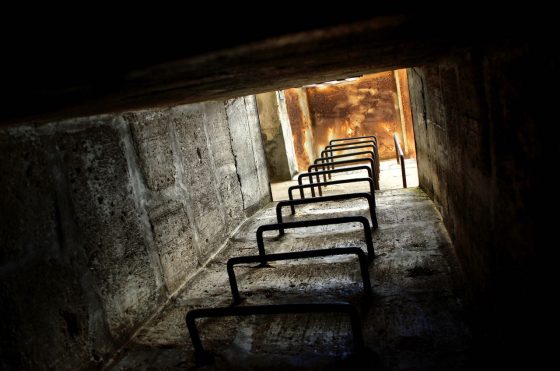 This is a really good time to be selling underground bunkers.  The COVID-19 pandemic, civil unrest in major U.S. cities, and concern about what else may be coming have combined to create a tremendous amount of demand for “survival real estate”.  In all my years of writing, I have never seen anything like this.  I have been hearing from so many people that suddenly feel a great urgency to prepare for the total collapse of society, and quite a few of them have either recently relocated or plan to do so in the near future.  For some, moving entirely out of the country seems like the best option, but for most others the goal is to find a way to survive the coming chaos here in the United States.

Of course a lot of people are still tied to major population centers by their jobs, and for a lot of those individuals a “survival bunker” in a remote location that they can bug out to if things get crazy enough is an attractive option.

In South Dakota, one company has established the “largest survival community on Earth”, and the New York Post recently interviewed a 69-year-old man named Tom Soulsby that purchased one of the very first underground bunkers in that community…

Tom Soulsby, 69, and his wife, Mary, were one of the first to buy a bunker at Vivos xPoint — the self-proclaimed “largest survival community on Earth” — near the South Dakota town of Edgemont. In 2017, he made a $25,000 down payment and signed a 99-year land lease (with fees of $1,000 per year) to occupy an elliptical-shaped, 2,200 square-foot underground concrete bunker once used as a military fortress during World War II to store weapons and ammunition.

For a while there, sales were not happening too briskly.  But then 2020 happened, and at this point sales of underground bunkers at Vivos xPoint are “up over 600 percent”…

When Soulsby signed on the dotted line, he was one of a handful of new owners. But in 2020, Vivos xPoint has become hotly sought-after real estate. The price has jumped to $35,000, says Robert Vicino, the California developer and CEO of the Vivos Group, which launched in 2008, and bunker sales are “up over 600 percent.”

I really admire what they are trying to do, and I am sure that having major news stories done about your community helps sales, but it will also make the community a target when things really do hit the fan.

Another project that has been making a lot of headlines is “the Survival Condo” in central Kansas.  It is completely underground, and it was originally designed to survive a nuclear war…

The Survival Condo has a lot of the hallmarks of your standard fallout shelter. It’s underground (200 feet underground, in the middle of rural Kansas, 200 miles from Kansas City). It was built during the Cold War (as a nuclear missile launch facility). It’s also been retrofitted with nine-foot-thick reinforced concrete walls designed to survive everything from tornadoes to 12-kiloton nuclear warheads dropping half a mile away.

This converted nuclear silo has been described as an “underground skyscraper”, and this is how author Bradley Garrett described his visit to “Level 11”…

On level 11 of the Survival Condo, about 50 metres underground, Hall and I visit a 1,800 sq ft home. I have had the same feeling as walking into a bedroom in a hotel chain. The apartment has never been used. It has a Navajo print rug, a cushy white sofa set and a stone electric fireplace with a flat panel TV over it. A marble countertop extends to a bar separating the living room from the kitchen, which is filled with high-end appliances.

It sounds quite lovely, but the units are not cheap.

In fact, prices start at more than a million dollars…

The company selling the units insists that the location is super secret, but if that is actually the case it probably is not a good idea to let reporters roam around inside the facility with a film crew.

In any event, only the ultra-wealthy will get to live there, because most Americans could never even dream of being able to afford such an elaborate bug out location.

But all of us should be doing what we can to get prepared for the hard years that are ahead, because things are about to get really, really crazy.

We live in truly unprecedented times, and what we have experienced so far is just the beginning.

As global events spiral out of control, many among the elite will be heading for their underground bunkers, and some are already there…

As coronavirus infections tore across the U.S. in early March, a Silicon Valley executive called the survival shelter manufacturer Rising S Co. He wanted to know how to open the secret door to his multimillion-dollar bunker 11 feet underground in New Zealand.

The tech chief had neve­r used the bunker and couldn’t remember how to unlock it, said Gary Lynch, general manager of Texas-based Rising S Co. “He wanted to verify the combination for the door and was asking questions about the power and the hot water heater and whether he needed to take extra water or air filters,” Lynch said. The businessman runs a company in the Bay Area but lives in New York, which was fast becoming the world’s coronavirus epicenter.

It sure must be nice to have a luxury underground bunker in New Zealand.

Unfortunately, most Americans are going to have to deal with whatever is ahead right where they are currently located.

But whether you have an underground bunker or not, the truth is that challenging times are coming for all of us, and no amount of money is going to change that.