The Times May Be A-Changing, But Which Times Changed the Most? 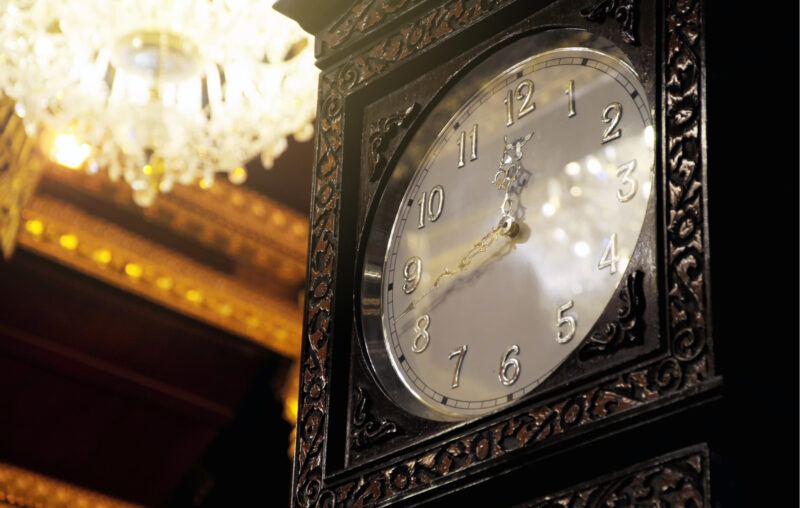 The world spins faster these days. Or at least so I’m told, most frequently by those in their 60s and 70s. Compared to some idealized lull of the 1960s or the repetitive and predictable 1820, we live in an era of relentless and accelerating change. New phones, new clothes, new relationships, new architecture, new lives, new communication, new news – and even newer news if we’re fast enough.

The result is Human Race: 10 Centuries of Change on Earth, where Mortimer walks us through one century at a time, beginning with the eleventh. Neat and condensed 20-30-page chapters describe a handful of major changes for each century. We get some predictable ones: the Age of Discovery in the fifteenth century when Europeans ventured far from their shores and uncovered land (and people!) that nobody in the West knew existed. We see the Scientific Revolution in the 1600s as the beginning of evidence and rational minds over religious dogma. We also get a few very unexpected ones, like the (Christian) travels of the thirteenth century, the vernacular languages of the fourteenth, and individualism through the widespread use of mirrors in the fifteenth.

Moving about is a recurring theme in the travels of the thirteenth century to the large migrations of the nineteenth; in the age of discovery where Europeans traveled to, for them, completely new places; and “transport” making the list in all three most recent centuries – the canals and the balloon flights of the eighteenth century, the railroads of the nineteenth, and the airplanes of the twentieth.

Even if the chapters themselves don’t grow much longer as we move toward the present, the content grows more intricate and the number of explored changes more plentiful. I get the distinct impression that more things happen the closer we get to our own time. This, Mortimer explains, is only a figment of dividing centuries into hundred-year periods: “History is not the study of the past per se; it is about people in the past.” And many more people were alive in the latter centuries than in the earlier ones, and they also lived longer. Measured in terms of human time (“person-days per century”), more than half of all Western person-days since the year 1000 were lived in the nineteenth and the twentieth century rather than the eight centuries before them. The more people, and the more they interact, the more scope for society-wide change.

My first reaction to his initial question was to say the nineteenth century, roughly from Waterloo to the First World War, or the “long nineteenth century” from the French Revolution to WWI – or what I think of as Britain’s century. Then again, my academic work focused on England and Scotland in this period; I imagine an expert of eleventh-century Scandinavia, fourteenth-century France, or sixteenth-century Middle East would pick their field of relative expertise as the time of greatest change.

A strange, though very impressive thing happens as I make my way through Mortimer’s excellently written chapters. After each chapter I find myself persuaded that this indeed was the century with the greatest change. The twelfth, with an early agricultural revolution, population explosion, and sustained record of information. No, the fourteenth, with longbows, vernacular languages, and the Black Death. No, the grand shock that fifteenth-century discoveries of the New World must have been to everyone’s understanding of the world. The printed books, empires, and decline of violence in the sixteenth. No higher praise could be placed on a historian trying to do what this author does.

Once we arrive to Britain’s century, Mortimer throws my intuition a bone, listing invention after invention from the nineteenth century that are everyday items today: wood pulp for the book I’m reading, the jeans I’m wearing, the kettle with which I boiled my afternoon tea, and the flushing water closet in which I take my subsequent bodily breaks. Fair enough, I use much more advanced versions of them today and, perhaps most importantly, much cheaper versions – in inflation-adjusted terms, but even more so in time prices (labor hours required to afford something) – but still the same ones. For all the accelerated and rapid technological changes of the twentieth and twenty-first centuries, “the nineteenth century was the age of invention, even more so than the twentieth. […] It was not so much our lives that changed as the world in which we lived.” Railroads, the first great globalizing force, created an explosive increase in life expectancy, the first markedly clear and sustained increase in economic growth and living standards.

As Vaclav Smil points out in his recent Grand Transitions, the life of somebody living in Napoleon’s France was not unfamiliar to “the lives of her ancestors living even three centuries earlier;” a mere two generations later would have seemed altogether alien to her, “far closer to our everyday urban experiences.”

The most disturbing part of Mortimer’s book is his falling in with the environmentalist ethos. He echoes, almost verbatim, the common claim by David Attenborough, Greta Thunberg, and every other activist hostile to markets and human flourishing: that a limited planet cannot produce unlimited growth of stuff, material, well-being, or living standards. This is false, which economists have shown repeatedly for over a century. Non-renewable raw materials never run out and “sustainable” is an irrelevant metric to aim for. Rarely has such a well-argued and balanced book fallen so quickly from grace in such a short time.

After ten centuries of revolutionary change, a Western world of rapid and society-sweeping importance, it’s an odd mistake to think that population growth and raw material scarcity is going to do us in. What, we can overcome the eternal challenge of food provision, eradicate famines outside warzones, extend lives to unfathomable lengths, enrich people with gadgets and comforts and safety hitherto unbelievable (all while increasing 16-fold the number of humans alive compared to the year 1500) – but we cannot find more raw materials or recycle the ones currently in use…?

That’s even before considering that we already have a system of property and prices that routinely do exactly that, and that all previous resource scares have been avoided, solved, ignored, or innovated away.

What’s worse is that Mortimer casts aside 320 pages of perfectly decent history, assembled in an exciting form and with a clear and entertaining question in mind, only to advance a horrendous environmentalist ideology that was outdated already when he was born. (World population growth rate peaked in 1962; Mortimer was born five years later). Mortimer rightly holds Francis Fukuyama as naïve for proclaiming the end of history in the 1990s, but he falls into the same trap in 2015 – though of a pessimist and declinist flavor. It seems a worse mistake to make, as Mortimer summarizes the lessons of his ten centuries under investigation: “many of the changes discussed in this book have something in common: they are about a breaking of boundaries.” Ignorantly hand-waving about raw material use does not overthrow that century-long lesson.

We shouldn’t let perfect be the enemy of the good: Read the first 320 pages of Mortimer’s great book – and for your own sanity’s sake, skip the final 25.

Ultimately, Mortimer opts for the twentieth century as the century when the West saw the greatest change. This is a defensible conclusion, but it doesn’t matter much: the value of his intellectual exercise isn’t his closing note, but the meandering path he takes to get there.

This article, The Times May Be A-Changing, But Which Times Changed the Most?, was originally published by the American Institute for Economic Research and appears here with permission. Please support their efforts.