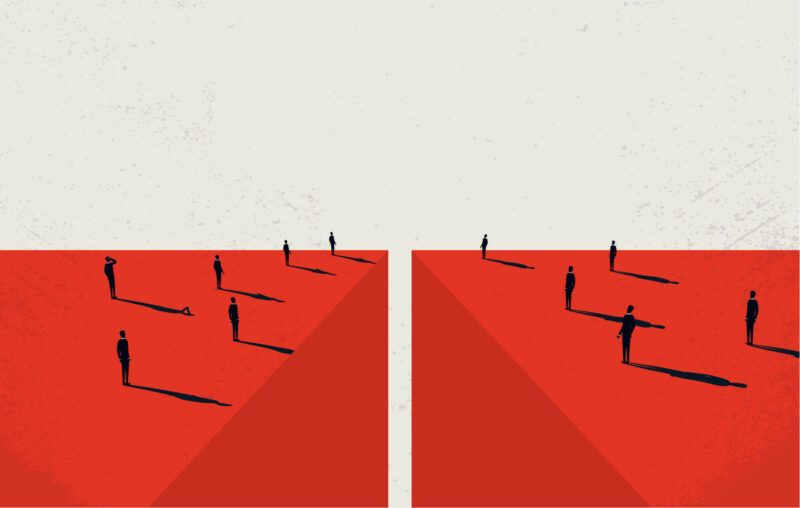 Two years ago, Lyman Stone of the Institute for Family Studies wrote a long piece in The Atlantic provocatively titled “The Boomers Ruined Everything.” Judging from how often the insult “OK, boomer” is now employed, he might have been onto something.

Stone pointed to four things that the boomers ruined for the rest of us (read: my generation). First, the unrealizable dream of home ownership, which he blamed on zoning laws, and shortly thereafter child rearing and marriage. If you believe those things are essential for a flourishing life and community, then yes, the property market troubles for young people are truly disastrous.

Second, occupational licensing. Crowding out others from their fields – and thus raising the prices for consumers and the incomes for license-holders – is an insidious mechanism to enrich oneself. “It could be that the decline of unions led to a search for new ways to maintain occupational closure,” comments Stone slyly.

Third, university degrees as a kind of occupational licensing. You don’t need the very questionable knowledge imparted by a four-year liberal arts education for most things, but “the social norm requiring degrees for virtually any middle-class job is one largely invented by boomers and their parents, and enforced by those generations.”

Fourth, and a trouble of particularly American-esque proportions, are incarceration rates. Americans seem to throw people in prison for all sorts of what-should-be misdemeanors. It’s so bad that we imprison a higher percentage than any other country.

In Stone’s view, these areas show the boomers’ instinct to command and control; they want to rule the roost, from afar and up close. Micro-manage and macro-ruin.

This year, Helen Andrews at The American Conservative gave us that same case in a slightly different form. Out with the carefully evidenced arguments and in with the stereotypes and rants. In Boomers: The Men and Women Who Promised Freedom and Delivered Disaster, she instead gives us quick personality portraits of some iconic boomers rather than smoking guns, statistical evidence, or specific policy failures. She explicitly follows the footsteps of Lytton Strachey’s 1918 Eminent Victorians, a takedown of four personalities that exemplified the Victorians.

Andrews adds pompous sarcasm to the mix before she takes her various least valuable players to task for their failures, hypocrisy, and horrific influence. In due course Steve Jobs, Aaron Sorkin, Jeffrey Sachs, Camille Paglia, Al Sharpton, and Sonia Sotomayor all face her sword. These people, at least some of whom are familiar to most Americans, “represent some aspect of the boomer tragedy in all its complexity.” Andrews correctly observes that “generations are too abstract for attributions of fault and blame,” and thus told the story of decadent boomer culprits in the form of these six individuals, with plenty of hubristic overreach and hypocrisy in their own lives. What unites these colorful and successful boomers, who are stand-ins for the six areas of life Andrews sees the boomers wrecking technology, entertainment, economics, academia, politics, law, is that they “had all the elements of greatness but whose effect on the world was tragically and often ironically contrary to their intentions.”

Sorkin tried to educate the masses with the help of a TV camera, but ended up with hopelessly naïve ideals about the American electorate and a generation addicted to the news cycle. Sachs knew what was wrong with the country in which he had just landed, and set about to fixing it.  Sotomayor embraced judicial activism; Paglia undermined the nuclear family and sold Americans an ideal of “escalating licentiousness.” It must be very gratifying to denounce, in no uncertain terms, these characters as destroyers of the nation.

We probably do ourselves a disservice by thinking that that’s the story of America’s generational divide. Prepare yourself too for plenty of simplifications, for sweeping generalizations without much nuance. Andrews’ inflamed prose is undermined by vague or nonexistent evidence and made worse by outright errors. Divorce rates aren’t affected by a falling number of marriages (and thanks to population growth, the number of marriages in the U.S. is actually increasing, and delayed marriages are more likely to succeed anyway, as financial resources, a major stress on marriages, tend to be more plentiful). Some conclusions serve her orthodox conservative imagination rather than any sliver of reality. The obliteration of a comfortable one-wage middle class lifestyle was undone by the boomers’ own feminism, which stressed that female employment was the only emancipation. That’s not quite true, as higher material preferences, global competition, automation, family composition, and male-female substitution most likely overwhelmed the labor supply shock of women entering the workforce.

Both Stone and Andrews stay away from larger macroeconomic villains: the China shock, the winner-takes-all economy, the Federal Reserve. That’s a mistake. Launching an attack on the boomers without including the greatest of potential culprits was always going to fall flat.

Though, on the decline of American academia, Andrews gets much right, including this:

For millennials, one of the main engines of their rebellion is that their college degrees have not prevented them from falling down the economic ladder into low-level service jobs or the gig economy, all while still having to pay off college loans that go to fund an expanding army of middle-class administrators, many of whom, incidentally, are boomers.

There are plenty of ways to comment insightfully on the troubles facing our generation and the legacy that boomers left behind. Andrews’ version of histrionic rejection, while entertaining at times, is a little too much. However poor or distasteful some of these characters are and were, I find it hard to generalize much beyond their personal lives. So what if Jobs was a jerk who unleashed on the world the technologies that may be our undoing. And so what if Sachs is a rude and corrupt technocrat, or that Sotomayor is a bully with a chip on her shoulder? Through their flaws and mistakes, they may have driven America in a worse direction, but they certainly didn’t do so alone, and rarely without the cheering consent of the rest of us.

If you want a careful, well-researched, and nuanced description of today’s generational conflicts, look beyond Andrews. If, on the other hand, you are looking for something entertaining, give Andrews a look.

This article, The Terrible Baby Boomers, was originally published by the American Institute for Economic Research and appears here with permission. Please support their efforts.