The Sunk Cost Fallacy in the War on Terror 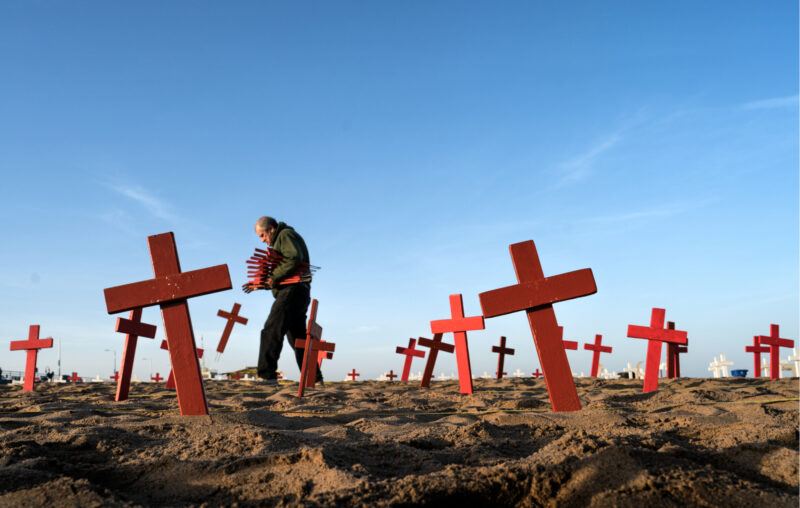 “Do you want their deaths to mean nothing?!”

I’ve heard this argument a lot when discussing ending the perpetual war on terror. In fact, I was asked this precise question while on a recent panel discussing the merits of waging war on “radical Islam.” The idea behind this argument is easy enough to understand. If “we” (meaning the United States government) quit now, then the 7,000 U.S. troops who died in Iraq and Afghanistan will have died for nothing.

This argument is a prime example of what’s known as the “sunk cost fallacy.” A sunk cost is an outlay (monetary or otherwise) that cannot be recouped once made. In economics, we teach our students that sunk costs should not factor into our decision-making.

An example is illustrative. Say I’m walking to the store a mile from my house. Halfway there I realize I forgot my wallet. I wouldn’t say, “Well, I’ve already walked this far. I might as well keep going.” I can’t get back the time I spent walking and adding more steps toward the store wouldn’t help.

And yet, when situations are more complicated—we see business owners, policymakers, the military, and the public fall prey to the sunk cost fallacy all the time. Business owners throw good money into failing enterprises because “I’ve worked so hard.” People stay in unhealthy romantic relationships because “We’ve been together for so long.” In the war on terror we hear things like, “But they [members of the military] sacrificed so much.”

In the case of walking to the store, the cost of continuing my fruitless endeavor is time and footsteps.

In the business owner’s case, the cost of continuing their business is what they could have done instead.

In the case of the romantic relationship gone cold, the cost is time and emotional energy.

In the case of the war on terror, the cost of continuing is human beings.

I hate to break it to people, but those who died in the war on terror already died for nothing. Their deaths were senseless, unnecessary, and have done exactly nothing to make the United States or the world safer from terrorism. They died helping to carry out policies at the behest of the U.S. government. These policies destabilized the Middle East, parts of Africa, resulted in the deaths of hundreds of thousands of civilians and made us less free.

Some people may find that last paragraph offensive. However, I think it is more offensive to ask more men and women to die because other people died before them. Imagine talking to the mother of an enlisted soldier recently killed in action.

“Mrs. Smith, I’m sorry about your son. He didn’t have to die. But, you see, Mrs. Jones’s son was killed in action 10 years ago in an unwinnable war and, well, we didn’t want his death to feel meaningless. So, we sent your boy after him.”

For folks who still want to employ this line of argument, I’d like to know what you’d say to Mrs. Smith.

This article, The Sunk Cost Fallacy in the War on Terror, was originally published by the American Institute for Economic Research and appears here with permission. Please support their efforts.