The Rise of the Erudite Technocrats 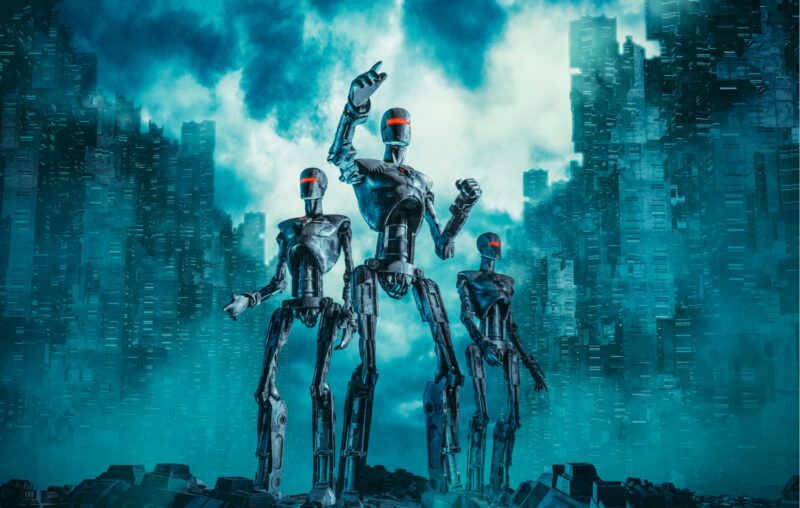 The beginning of the terrible events of the last seventeen months lay in a computer model. The experts that advised the British government in March 2020 used more extravagant hyperboles than you can find in an average dictionary and urged the government to do what had never before been done, attempted, or suggested: close society. Urgently and briefly, at first, but then longer than anyone could have imagined – as is the tendency for temporary government policies.

The importance of the erudite technocrat, thus, cannot be understated.

Modeling, planning and manipulating society was always tied to the idea of the “expert,” a sage who knew things others didn’t; a boffin capable of uncovering the mysteries of the world and putting these to “good” use. With enough of them, we can push society’s levers, and get the outcomes that the policy-maker desires.

A new book by Erasmus University professor Erwin Dekker details the life and ideas of Jan Tinbergen, the Dutch economist and econometrician who is most famous for being the co-recipient of the first Nobel Prize in economics in 1969 – and might have been the first great expert in the new technocratic state. His name lingers in the economics literature and in monetary policy particularly as the requirement to have more instruments than you have targets (“Tinbergen’s rule”): you can’t hit two separate targets with one instrument (hint, Fed mandate and Phillips curve problems).

Trained as a physicist in the 1920s, he plunged into economics from a strong cultural-socialist desire to change society. He wanted to stabilize the business cycle he observed around him, improve the life of his fellow countrymen, and plan and order society into a better world. His political passion for socialism came “out of an awareness of social differences and an emotional commitment to eradicate such differences.”

Writing and working at a time when precisely the qualities that he inhabited rose in value, he mapped the Dutch shipbuilding industry, worked for the League of Nations in how to tame and control the international business cycle, and advised governments far and wide on how to best run their economies. During the occupation of the Netherlands, he even assisted the Nazi commanders with their wartime planning. Seven decades before the Nudge revolution and the UK government’s Behavioural Insights Team, Tinbergen tried to give his political leaders what they needed – always with an eye to organize the economy such that it could be steered and controlled by the erudite scientist.

Writes Dekker in the preface of the book: the best position for this new economic expert “is not on the throne, but right next to it.”

Tinbergen’s life was filled with irony and contradictions: a pacifist, saved by the proverbial bell from going to jail as a conscientious objector, ended up favoring a world government with its own “police” force. A quantitative physicist, who saw better opportunities to affect change in the world within the field of economics. An economist who pioneered mathematical models and measurement repeatedly raised institutional and cultural concerns in objection to his fellow quants. A young, strict, activist socialist who saw change happen as a bottom-up process of leading an exemplary life, spent a career planning entire economies from the very top. Though obsessed with the personal and cultural improvements of man, his policy work at home and in developing countries were largely concerned with material gains:

“He was fiercely opposed to fascism but attempted to analyze its economic system on purely technical grounds. He deeply believed in the transformative and emancipatory qualities of education, but modeled education in terms of years of schooling. He believed that economics had to be a quantitative science, devoid as much as possible of ideology and qualitative discussion, but it was vision and perspective that he hoped to generate in his economics.”

Like the computer model (since torn to shreds) that convinced Britain’s Prime Minister Boris Johnson and his advisors of lockdown in March 2020, accuracy or realism don’t much matter to the vision of the expert as capable of achieving outcomes in a system he thinks he controls. It’s the idea, so tempting for those in power and so comforting for those wanting to believe them, that an appointed expert with the right credentials can see through the mystery of the world, and with the help of government power, control it. Stabilize it. Dekker writes that it was the promise that economics could serve society that attracted Tinbergen to the role of economic expert: “the main responsibility of the state is to stabilize and steer the economy in the socially desired direction.”

Tinbergen’s most important contribution was to “show the politicians how they can achieve what they hope to achieve, and it shows the scientists how their knowledge can be put to use.”

Today, much of the aura of admiration for experts is waning, and the cracks in society are starting to emerge. The first casualty in the new war against experts was probably Brexit, quickly followed by Trump’s election as President. One expert after another – economists at the U.K. Treasury, economic commentators in the U.S., think tanks, editorial boards of major newspapers, and the experts at the Bank of England itself, experts of diplomacy and international law, experts on regulations and government – advised, nay urged, the British public not to leave the European Union, and the American public not to elect a pompous property mogul. And, with the slimmest of margins, the voters opted not to follow the experts’ advice.

Even before the pandemic, over a third of survey respondents say they almost never trust the British government. While Brits generally do trust scientists and doctors there’s a deep divide between affluent and well-educated groups, who are more trusting and supportive of information from scientists, and less affluent and educated groups, who are predominantly not. Leave voters are consistently less likely to trust experts of all fields, from doctors and weather forecasters to economists and civil servants. Americans’ trust in public officials and the media was always rather low, but at least before the pandemic, scientists and doctors got progressively more trusted. Early in the pandemic trust collapsed among everyone but self-identified Democrats, and seems only to have gotten worse since. The CDC seems to score the worst of all.

One of the major fault lines of our times is the question of whether people may govern their own affairs, or to what extent experts may rule for them – whether our societies permit the age-old learning device of the “burnt child dreads the fire.” That dispute is far from settled, blowing up as it has in the last few years, greatly exacerbated by the infectious societal conflicts over Brexit, Trump, and Covid-19.

This topic rests at the bottom of politics, for politics is the battle over the state and the state is the institution that issues those sorts of general commands. The 20th century was when the state as society’s prime institution came into being, following two World Wars – not coincidentally, one might add – and decades of heavily planned economies thereafter. In the midst of this violent transformation of affairs stood the experts: the technocrats, the scientists, and the learned men who thought themselves equipped with the skills and abilities to make our lives better.

The expert, as ushered into politics by people like Jan Tinbergen’s brand of highly capable and motivated scientists, has been here for a long time. Whether they’re here to stay is a different matter.

This article, The Rise of the Erudite Technocrats, was originally published by the American Institute for Economic Research and appears here with permission. Please support their efforts.