The Real Problem with Mask Mandates 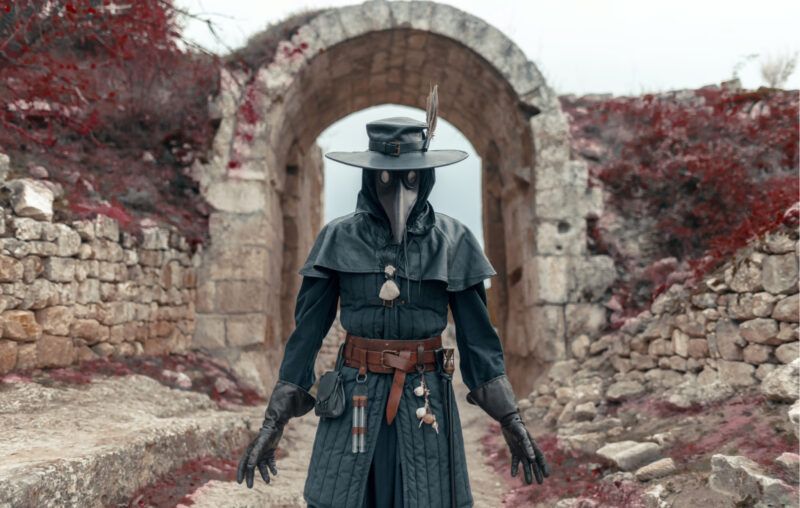 Here in Britain, masks are back. Almost all Covid restrictions, including the requirement to wear masks in any setting, were lifted back in July, and it had felt like we were on a slow but sure return to blissful normality. But ‘Omicron’ has changed that, and we’re now expected to wear masks again in shops and on public transport (but not hospitality settings), at least for the next three weeks.

To readers elsewhere in the world, who have in many places been forced to mask up unrelentingly for a year and a half, it may sound churlish to complain. But if there is anything more dispiriting than a freedom curtailed, it is a freedom returned and then snatched away. The message sent is bleak. No, this isn’t over. No, it might never be over. Yes, the state is going to retain its capacity to do this kind of thing, forever – so get used to it.

Arguments over the legitimacy of government mask mandates are frustrating, because they tend to tangle up both normative and empirical assertions. Those in favour of mask wearing tend to argue that masks ‘work’ (an empirical statement), and since they do, it is legitimate for the government to make it unlawful not to wear one (a normative position). From the other corner, the riposte is often that masks ‘don’t work,’ and that since they don’t, the government has no business mandating them.

This all excludes the middle: masks may very well ‘work,’ or they may not, but that is really immaterial to the question of whether wearing them should be a legal requirement. There are plenty of things that might plausibly ‘work’ to stop people getting sick and dying – the government could ban all sales of milkshakes, marshmallows and ice cream tomorrow, for instance, and hence cut down on obesity and heart disease. It doesn’t follow that it should.

The English political philosopher, Michael Oakeshott, helps us frame the argument more clearly. For Oakeshott, there were at work in a modern society two moral systems, that can be referred to as the morality of the ‘individual’ and ‘anti-individual.’ The distinction between these two understandings really hinges on where the capacity to exercise moral choice (to decide what is right or wrong) is located. In the individual moral system, it is for individual people to make such choices as they go about their daily lives (in reference, of course, to their surrounding cultural and social mores and expectations). Anti-individual morality, on the other hand, puts moral choice in the hands of a clerisy of experts, who themselves decide what is right or wrong and then impose their decision on the masses beneath them.

Mask mandates are the perfect illustration of the dichotomy between these two moral systems. For Oakeshott’s individual morality, it is up to every individual to decide whether wearing a mask is right or wrong. In an anti-individual moral system, on the other hand, it is not for individuals to decide, but for a small cadre of experts who ‘know’ what is right, and are therefore sure that it is legitimate to impose their decision on everybody.

For Oakeshott, anti-individual morality was a ‘moral enormity’ – it deprived individual people of the capacity to make authentic moral choices of their own, and in doing so deprived them of something that ought to be at the core of human dignity. If one is acting only in accordance with what one has been told is right, one is not really a moral agent at all, but a mere role-performer, abiding by strictures simply because they are required. Genuine moral agency can only be contingent on choice; it is only when one has the option to decide for oneself what is right or wrong, and act accordingly, that one can be said to have an authentic morality of one’s own.

There are all kinds of problems with mask mandates, but this seems to me to be the most serious of all: it reduces us all to what can only be described as amorality. We act a certain way just because we have been told that it is right, and for no other reason than that. This can only serve to enervate and infantilise us, and to cause our moral muscles to atrophy. We increasingly turn not to our own moral compasses, but come to behave as though those moral compasses do not exist at all, other than in the hearts and minds of those who rule us. As a consequence, we come to rely, unreflectingly, on the decisions of our rulers, exercised purportedly on our behalf – a kind of moral outsourcing that will in the long run cause us to lose our willingness or capacity to make moral choices in the first place.

Whether masks work, or don’t work, in ‘stopping the spread’ is thus really beside the point. Nor is it the appropriate question to ask whether one should or should not wear one; it seems to me that either position is legitimate, and I certainly cast no aspersions towards those who choose to mask up. The real question we ought to be asking is: what do we lose when a government decides on our behalf what is morally right, and then forces that decision on us all?

This article, The Real Problem with Mask Mandates, was originally published by the American Institute for Economic Research and appears here with permission. Please support their efforts.