The Real Cost of Public Debt Is Not a Dollar Amount; It’s Freedom 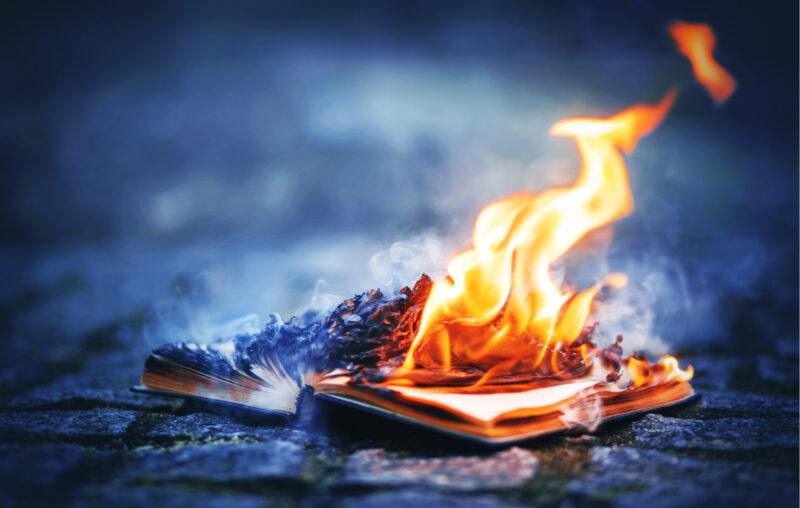 As the United States national debt soars above $29 trillion, the Congressional Budget Office (CBO) warns that Congress will run out of cash by the fall unless the debt ceiling is raised. Talk about debt has always been a contentious issue in policy. Recently after the pandemic, however, such talk is becoming more rampant in academia. Indeed, several academics have written books, directed at the general public, arguing that the amount of debt needn’t be of concern.

For example, last year Stephanie Kelton published a book titled The Deficit Myth, arguing for the use of monetary policy to offset the costs of debt for the purposes of macroeconomic stability. Moreover, this fall a book titled In Defense of Public Debt will be published that makes a different, yet similar conclusion as Kelton’s book: public debts provide a means for macroeconomic stability—in this case, amid times of emergencies and crises.

The model underlying macroeconomic stability is an aggregative framework that sums up all the costs and income/output for a given economy. Using this type of model, some macroeconomists argue that (internally held) public debts are of no concern in the aggregate, due to the law of large numbers: the costs of public debt are canceled out by (predicted) benefits.

Does this sound strange? Is an aggregate model truly appropriate for a world of heterogeneous people? Among others, Nobel Laureate in Economics Friedrich Hayek said that one of the downfalls to the macroeconomic framework is that it hides the differences among microeconomic data—which, in the case of public debt, are the costs imposed on people.

Some estimates have calculated the cost of the debt per person to be $87,000—an exorbitant amount. To be sure, this figure does not consider that individuals in younger generations will likely not receive Social Security or Medicare, due to the funding running out and the population rising. If such phenomena occur, the cost to these individuals in these generations will be higher. Additionally, there is even a more important cost when we seriously take the claim that, in the aggregate, the costs of public debt are canceled out by the gains from public debt.

Namely, such canceling out means that some people receive a net benefit from public debt, while others receive a net cost. In other words, costs are not spread equally among people, ever, at any point in time. Seeing public debt in this way, we realize it is a means of wealth redistribution for whom the government favors—the elite—at the expense of the others—the masses. Such an argument has recently borne out with empirical proof.

A student of law or government might question whether the United States Constitution is supposed to protect against elitism. Indeed, the idea of ‘checks and balances’ is to limit one group oppressing another, through ‘power checking power.’ However, over time, these checks and balances have eroded. Public debt has been one of the causes of such erosion. To show this, let’s look at some insight from public choice theory.

First, we can recognize that humans are tribal creatures, and form groups with whom they have common interests. William Riker discussed how groups, or coalitions, form around special interests up to a certain size that allow them to influence policy. Indeed, usually these coalitions are kept relatively small. Among other reasons, small groups allow for everyone in the group to reap a higher reward.

This brings us to the concept of concentrated benefits and diffused costs, developed by Mancur Olson. The theory explains that coalitions can reap benefits for a long period of time because the costs are dispersed among the masses. Such cost dispersion means that the cost imposed on each individual person is so small that there is no incentive to remove such costs—indeed, there might even be a disincentive to do so!

To tie these two concepts together, I now bring in the theory of ‘Baptists and Bootleggers,’ developed by Bruce Yandle. Such a theory argues that there are coalitions of ‘Baptists’—those who claim to try to make the world a better place by imposing regulations—who are always accompanied by coalitions of ‘Bootleggers’—those who benefit from such regulations. To be sure, some of these relationships often have unintended consequences.

To apply this to public debt, those who tout public debt to cause ‘macroeconomic stability’ or benefit the least-well-off are ‘Baptists,’ while the elite who receive benefits from regulations are the ‘Bootleggers.’ But why has this persisted?

First, using the Baptist and Bootlegger logic, we recall that since people are emotional, they want to help others. On a related note, because the costs of public debt are not only dispersed among the individuals in the present, but also those of future generations, the masses don’t have an incentive to change anything. Indeed, the most cost-effective thing for them to do is keep pushing these costs off onto future generations.

Using such logic, we see that the ‘power checking power’ aspect of checks and balances does not occur because there is no incentive to check the power; rather, there is a disincentive to do so! Thus, by distorting incentives, public debt erodes one of the main methods by which our Founders drafted for us to prevent tyranny.

Such a situation is reminiscent of Alexis de Tocqueville’s quip about the type of democratic despotism that we must fear: that which is insidious because we become complacent and inactive. This might be why Benjamin Franklin, when leaving the Continental Congress and was asked by a woman “Dr. Franklin, what form of government have you given us?”, he responded, “A republic, ma’am. If you can keep it.”

Conclusion: A Return to Jefferson

In a letter to James Madison, Thomas Jefferson proposed that we change the Constitution every generation—which, at that time, due to Jefferson’s calculations, was 19 years. Jefferson proposed this, in my reading, because he foresaw that public debt—the excesses of spending over revenues—can lead to bondholders (elite) controlling the masses. Indeed, he stated that ‘the Earth belongs to the usufruct of the living,’ and, as such, constitutions and debts should be consented to by those living—rather than imposed on by those from previous generations.

What I sought to do here is to provide more analytical rigor to Jefferson’s argument. I suggest we take Jefferson’s argument seriously, and not only argue against public debt as a means to macroeconomic stability, but also one that can be measured in dollars. Liberty is not measurable in dollars; it is priceless. As such, we should argue against any infringement on liberty—in this case public debt—for that reason.

1.) The $29 trillion national debt figure excludes unfunded liabilities, which are estimated to be around $72.5 trillion.

2.) Curiously, Kelton’s book addresses issues of debt more than those of deficits, but the book title uses the word “deficit,” without distinguishing between the two.

This article, The Real Cost of Public Debt Is Not a Dollar Amount; It’s Freedom, was originally published by the American Institute for Economic Research and appears here with permission. Please support their efforts.