The Radical Message of Economics Well-Learned 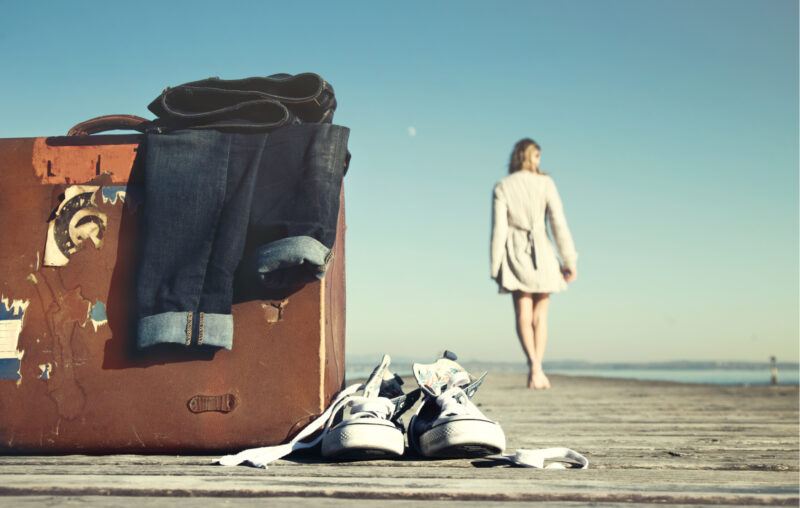 From the moment that I, at the age of 18, first became conscious that I had concrete ideological views, my views have been (and continue to be) those of a classical liberal. I didn’t immediately call myself a liberal; awareness and acceptance of the proper meaning of this noble term came to me only months later when I read Milton Friedman’s 1962 book, Capitalism and Freedom. But ideologically and politically, I have never been anything other than a classical liberal.

As I’ve written before, my upbringing surely primed me to be receptive to classical liberalism. Yet not until I – as a freshman in 1977 at Nicholls State University – stumbled into a course in principles of microeconomics did my interests include anything other than football, beer, music, and girls. Since that life-changing course, however – a course taught by the late Michèle Bailliet, whose memory I’ll always cherish – my interests have been dominated by economics. And my classical liberalism sprung from, and is rooted solidly in, my understanding of economics.

For me, the virtues of free markets became evident by the second or third meeting of Dr. Bailliet’s course. Of course market prices aren’t arbitrary! Of course the movement of prices up and down, and without any controls imposed by government, is indispensable if resources are to be allocated productively! Of course it’s not from the benevolence of the butcher, brewer, or baker that we expect our dinner but from their regard to their own interests! Of course economic competition prods producers to serve consumers as well as possible! Of course profits are the rewards, not of exploitation, but of creative acts that improve the allocation of resources! Of course free trade leads to a more efficient allocation of resources than does protectionism! Of course minimum wages reduce the employment prospects of low-skilled workers! Of course taxes discourage whatever activities are taxed! Of course politicians pay disproportionate heed to the wishes of special-interest groups, usually at the expense of the general public!

Don’t picture Michèle Bailliet teaching with ideological bias. She most certainly didn’t do so. She taught textbook ECON 101 straightforwardly (although with classroom devotion and skill that I later learned are rare among economics professors). What almost at once made me self-aware of my support for free markets specifically, and of the liberal social order generally, were simply the core contents of ECON 101. Adults pursuing their own interests within the confines of the law of property, contract, and tort are indeed led by an invisible hand to promote worthwhile ends that are no part of their intention.

Obviously, the invisible hand of the market isn’t perfect. (Why would anyone ever suppose that an appropriate standard is perfection?) But the invisible hand is indeed real, and its operation in reality is not only pretty darn good, but also admirable ethically as well as fascinating intellectually.

By the end of that semester I assumed that every economist supported laissez-faire free-market policies. How could any economist not do so? In fact, my first memory of hearing the name “Milton Friedman” was at an end-of-semester crawfish boil at Michèle Bailliet’s home. The impression that I got then was that this Friedman person simply possessed a unique talent for explaining to the general public propositions that all economists accept. (This impression was sufficient to incite me to take out my first subscription to a magazine. If this Friedman guy writes regularly for Newsweek, I need to read that magazine!)

I often wonder why. The compelling theory of the operation of market processes combines with the history of these processes’ impressive results – and with the appalling history of government intervention – to make, in my mind, a slam-dunk case in favor of radically free markets. Why don’t most other economists reach policy conclusions largely similar to my own?

One reason is that much economic instruction is too mechanical. I didn’t realize it in 1977, but my introduction to economics was unusually good. Eschewing the dry formulas used to express logical relations between “equilibrium” values, Michèle Bailliet – who clearly loved teaching economics – told stories, often assisted by supply-and-demand graphs, about market processes. “Here’s what happens in the real world when government prevents the price of gasoline from rising to its market-clearing level.” “When government regulates airlines, here’s why airline owners and employees are more likely than are airline customers to exercise influence on the regulators in Washington.” “If sellers’ profits rise only if they persuade more people to buy from them, sellers’ have strong incentives to treat customers well.” “Think about it, Mr. Boudreaux: Even if you sell only apples, you nevertheless care very much about the price of pears as well as about the price of frozen pie crusts.” “What’s the point of earning money if you don’t eventually plan to convert that money into real goods or services for yourself or your family?”

But even many economists whose introduction to economics was as splendid as was my own are nevertheless reluctant to endorse laissez-faire policies. I’m sure that the reasons for this reality are many, including even simple differences in personalities. Yet I suspect that many economists’ reluctance, shall we say, ‘to go full Friedman’ springs ironically from a deep appreciation – an appreciation no less real than my own – of the marvels of self-regulating market processes.

Once you firmly grasp the logic of market processes, and then compare the operation of real-world markets to the operation of real-world government interventions, the case for nearly all government intervention is revealed as dreadfully weak. The appropriate role for government in the economy shrinks to a pinpoint. But for many economists, I think, this conclusion is unacceptable psychologically. Such a conclusion feels too radical. Anyone who embraces it positions himself or herself very far from friends and family members – from the norm in polite society.

Can the vast majority of men and women be so far off in their assessments of markets and in their confidence in government officials? “Surely not” is an understandable answer. “The strong case for allowing markets in almost all cases to self-regulate, rather than displacing such regulation with government-issued commands, must reflect a bias created by immersion in the economic way of thinking.”

Likely also at work is a related factor – namely, the natural desire to fit in. Because the typical non-economist today thinks it lunatic, say, to do away with antitrust statutes, to abolish the Food and Drug Administration, to eliminate occupational-licensing restrictions, to get rid of legislated minimum wages, to repeal all protective tariffs, and to separate school and state, the economist is reluctant to mention in polite company that he or she sees potential merit in such policy moves. The reticence borne from such reluctance too easily is eventually transformed into a conviction that the general public must be correct in its rejection of laissez faire.

Undoubtedly, the economist whose public message differs radically from what the general public regards as acceptable will have a much smaller audience – and will be taken far less seriously – than will the economist whose public pronouncements do not challenge too many of, or too heavily, the public’s existing beliefs and presumptions. And effective public communication requires not losing one’s audience. I’ve no complaint against economists who craft their public messages in order to avoid unnecessary loss of audience. But I do worry that these efforts subtly create in the minds of many such economists unwarranted doubts about the merits of laissez faire.

This article, The Radical Message of Economics Well-Learned, was originally published by the American Institute for Economic Research and appears here with permission. Please support their efforts.