The Race to Win Covidfinity 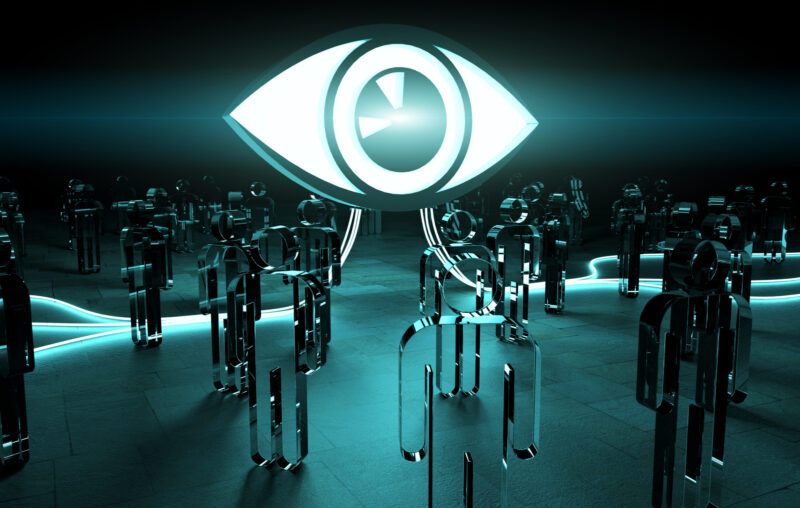 Shifting the goalposts is the patented approach of all totalitarians. Snatch away a little bit of freedom – harmless, right? Relax, it’s for a good cause. Temporarily hand some of that freedom back, but never all of it, reminding everyone that we’re still withholding freedoms for a good cause (even if the targets, methods, and reasons have all shifted). Then repeat, forever.

This is how we got massive governments, massive welfare/warfare states, large-scale invasions of privacy and dignity, and the unending path to unfreedom that we’re experimenting with these days.

What has absolutely baffled me since last spring is that there aren’t riots on the streets. Where are the mobs denouncing their autocratic leaders? Where are the people with pitchforks screaming about rights? Liberties that everybody paid lip service to until about five minutes ago are gone, “temporarily suspended,” followed by hand-waved and empty arguments about your civic duty to other people’s health. Still, most people succumbed and agreed – indeed, wanting more.

The science is settled, we’ve learned: the pandemic is real and extraordinarily dangerous, and even though it’s a danger only for the old and the immunocompromised, all policies must apply across the demographic board. Anything less would fail the test of equity and solidarity – like the romanticizing of World Wars (especially by those who didn’t have to endure them), where rich and poor died together, shared the horrors of the trenches or the fear in the air raid shelters as allies and equals. In our invisible war, we too shall suffer the injustices of Covid policies together.

Some of those arguments initially made some sense. Here’s this brand new thing we don’t understand, that seemed deadly, and spread fast and invisibly and with an unclear pathway. And our hospitals were apparently hopelessly understaffed, so only a tiny shock would collapse the whole system, with millions and millions of dead. Even some of my clever friends repeatedly invoke this supreme unicorn argument: if we don’t do X, we’ll run out of hospital beds – and then everybody dies. It’s better to “act now than to wait until we have an epidemic of hospitalizations,” said every health-tsar across the planet – and most credulous citizens believed them, regardless of how poor the evidence was or off the mark the silly models were.

Never mind that we have about zero indication anywhere that hospitals ran out of capacity, or that they have the ability to prioritize even if they did or expand capacity in an emergency should they need to. The military hospital ship that was sent into New York City with grandeur at the height of its outbreak last year mostly remained empty before it was unceremoniously removed. The privately-funded and express-raised field hospital in Milan, Italy, during its worst moments last year, mostly sat unused before it was dismantled. Same in Stockholm, Sweden, and across many U.S. states.

What’s worse, the “full hospital” fear was one of the contributing factors for New York’s infamous killing policy last year – to force nursing homes full of old, susceptible, and highly Covid-vulnerable people to receive those recently discharged, so that we could free up space in hospitals. This mistake spread infections to the worst possible places. That was the fault of trigger-happy and panic-ridden policies, not teenagers who wanted to party on the beach.

But even if the argument did make sense, let me just get this straight: in order to prevent innocent people suffering from ordinary ills – like cancer or diabetes or car accidents – being refused hospital care, we front-run that chimera by cancelling such treatments and dissuading people from coming to hospitals so that we can free up space for potential Covid patients? We guaranteed collateral damage, for very mysterious benefits. The price for this mistake is slowly revealing itself – homicides, overdoses, suicides, delayed surgeries and treatments leading to thousands of additional deaths from cancer alone.

This was never about “public health.” And how can we tell? The next step of this grand government takeover has arrived, and was the most predictable of all: wave the fears of “another” disaster, never mind the order of magnitude lower urgency. Allister Heath comments on the situation in Britain, where safety through vaccines and antibodies is apparently ensured, but where Covid derangement syndrome still rules its leaders:

“Britain would never have locked down had the original wave been this mild, and yet there appears to be widespread support among swathes of the public for continuing with all sorts of precautions for as long as any risk of Covid remains – in practice, forever.”

We got about 40 rounds of “flattening the curve” and “2 weeks to save the NHS,” yet the National Health Service doesn’t look more saved now than at any point during the pandemic.

At least, this weekend I finally got some pitchforks. Medical Freedom Protests in London, though about a year too late; the Israeli PM claimed that the science was “unequivocal” that vaccines “work,” are safe and effective, before threatening to make the unvaccinated second-class citizens. People didn’t like that, and it wasn’t exactly reassuring that he threatened heavy crackdown by government power if he didn’t get his way (one wonders: if the science were that clear, and the message so equivocal, what’s the need for theatrics and hysterics?). In France, Macron faced the same problem after unscientifically demanding a 100% vaccination rate… or else! The French didn’t like that and took to the streets, only to get beaten by police.

Australians, a yo-yo country with its major cities in their umpteenth version of incarceration, also started to fight back. Thousands of people thwarted government words, barricades, and mounted police – the most poignant of protesters’ signs read “The new world order is the real virus.” One of the Icelandic tsars, ruler over another yo-yo country, recently said that “the pandemic is not over until it is over everywhere.” A strategic few days later he tightened the recently loosened noose, even though vaccination rates are world class and the testing regime is ridiculously vast. Doesn’t matter: move the goalposts.

What to make of all this?

Like most people, I was shocked at what I saw last spring – and a tiny bit proud of my native Sweden when it didn’t lose its mind as quickly and thoroughly as everyone else did. A few months in, I noted the eerie transformation, foresaw the irresistible power grab of politicians and government officials, and was proven right when Sweden, too, gave in to the same tyrannical policies everyone else was wielding.

Over the course of the pandemic – and before then – I’m guilty of being cynical about powers of government and powers of informative delusion on the part of the public. So far, my cynicism has served me rather well. Every time that I have said that the health autocrats will come up with a new justification for withdrawing people’s liberties, I have been correct – from health care capacity to rampant deaths, to just a little squeeze before Christmas, a holdout for vaccines, and now even despite those hallowed vaccines. Again and again: the grand state has moved its fortifications forward.

Every time those around me have naively said “Oh, they’re letting us go now because <insert latest mirage waved before your eyes>.” My response: “You just wait; they’ll find another reason.” The scariest part of all is what Heath explores in his article: the goalposts just shift. Same methods invoked against vastly less dangerous threats.

On Horrors and Negligence of the Public

Good people permit horrors, argues Barry Brownstein on these pages, out of a combination of fear, ignorance, and to not annoy your neighbor. You don’t speak up, said Alexandr Solzhenitsyn, the master chronicler of how good people do bad things, because you don’t want to inconvenience those around you. Maybe it doesn’t affect them? Maybe they aren’t as passionate about liberty as you? Maybe they just want to get through their days without another chant about revolution?

So, you hold your tongue. Besides, if you make a big fuss in the store, in public, or in conversing with the agents of the government, most people wouldn’t side with you: loudly complaining in the face of power makes you seem deranged rather than erudite. “Every man,” writes Solzhenitsyn in The Gulag Archipelago, “always has handy a dozen glib little reasons why he is right not to sacrifice himself.”

Thankfully, we’re seeing some people object to oversized government crackdowns, about an order of magnitude too little and about a year too late.

It doesn’t much matter what the future “threat” will look like, or how damaging the Delta or Epsilon variants currently seem. I’m not primarily afraid of them, nor the Zeta, Eta, or Theta variants that are in the making.

I’m afraid of Omega, the last letter of the Greek alphabet. Though, I don’t think it’ll be a string of a pretty lame coronavirus, but something considerably worse.

This article, The Race to Win Covidfinity, was originally published by the American Institute for Economic Research and appears here with permission. Please support their efforts.