The Public Interest and the Constitutional Order 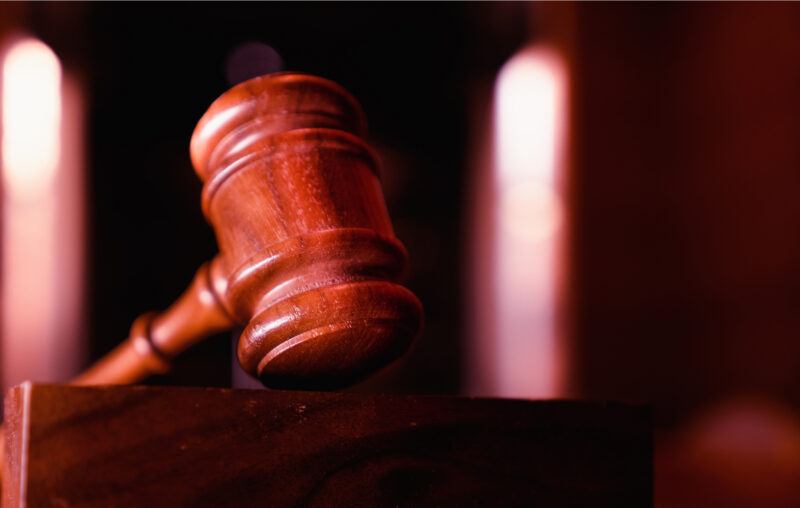 In Ayn Rand’s fictional novel, Atlas Shrugged, there is a famous scene in which Hank Rearden is on trial. The following exchange occurs between Rearden and the judges,

“Mr. Rearden, the law which you are denouncing is based on the highest principle – the principle of the public good.”

“Who is the public? What does it hold as its good? There was a time when men believed that ‘the good’ was a concept to be defined by a code of moral values and that no man had the right to seek his good through the violation of the rights of another.”

Rand likely included this line as a reference to the arbitrary foundations of many authoritarian government policies, such as the ones that she escaped from in the Soviet Union. In regimes such as Communist China, the Soviet Union, North Korea, and Nazi Germany, vague justifications such as the public good, the people’s will, the good of the nation, and other warm sounding phrases are used to preempt gross abuses of power. If the only threshold for exercising state power is vague terms like the public good, then there really are no limits to power.

One important feature of modernity and a society with enlightenment values is the idea that individuals own their own bodies, which logically leads to the idea that individuals have rights that ought to be respected. People are not the property of the state and the government can’t simply tread all over its citizens’ rights without a clear justification often enumerated by established codes of conduct. That is why free societies have constitutions that explicitly outline what the government can and cannot do. The population, generally speaking, consents to be governed with the understanding that the government will not only protect their rights but act within its established boundaries. A government without clearly established powers and restrictions is a very scary thing. Such defined boundaries also give it some level of legitimacy and separate it from other organizations such as the mafia and crackpot dictatorships.

We call this system where everybody, even the government, is held accountable to basic and explicit standards of just conduct, the rule of law.

The Tyranny of the Public Interest

The trial of Hank Rearden would come off as satirically amusing if it wasn’t so real. In the United States, vague doctrines like the public interest play a key role in deciding whether or not certain uses of government power are permissible. In an original understanding of the Constitution, the government is bound by explicit text and intent with very few exceptions. However, over the past hundred years or more, the Constitution has increasingly taken a deferential backseat to the will of the government, often through the Executive Branch and the administrative state.

The use of the phrase public interest famously arises in Munn v Illinois, a Supreme Court Case decided in 1877 regarding government regulation of prices set by privately held companies. The companies being targeted with regulation argued that they were protected by the Constitution via the 14th Amendment which outlines due process and equal protection. A similar argument would apply to businesses today that were targeted by the litany of arbitrary lockdown regulations such as nonessential business closures. However, as we know, the Court did not rule in the business’s favor, setting precedent for the virtually nonexistent economic protections we have today. (A later court case, Nebbia v New York, would drop the standard even lower to a rational basis, not a public interest) A summary provided by Oyez notes,

“(Justice) Waite, for the Court, took a broad view of the state’s police power. He argued that the states may regulate the use of private property “when such regulation becomes necessary for the public good.” Waite resurrected an ancient legal doctrine to support his view: “When property is affected with a public interest, it ceases to be juris privati only.”

Under this understanding, the government could exercise power over anything it wishes provided that it can find a reason why it would be in the public interest. This means law-abiding citizens and their private property be it a business or an intimate possession are never safe from the ambitions of the state. That is because it has no real meaning and it is impossible to truly understand. Associate Professor of Communications at the University of Queensland Jane Johnston writes,

“The public interest is such a complex and tricky concept to navigate because it has intentionally evolved as ambiguous and mutable. It has no overarching definition because it is contextually determined in scope and purpose.”

He also notes that Justice Louis Brandeis also took a similar view of the public interest. In fact, before being appointed to the Supreme Court by Woodrow Wilson, Professor Peter Dreier explains that Brandeis

“Served as one of President Wilson’s key economic advisers, persuading the president to create the Federal Reserve System and the Federal Trade Commission and to push for the Clayton Antitrust Act and the Sixteenth Amendment, ratified in 1913, which allowed Congress to levy an income tax.”

This brings us to the administrative state, which has since exploded in its power and scale in recent decades but is most commonly associated with the ambitions of Wilson, who viewed constitutional limits on power with disdain. In his eyes, and in the eyes of many who believe they represent the public interest, government power and expertise are the solutions to society’s ills.

This idea has certainly been represented by the jurisprudence of Progressive judges and the attitudes of Progressive intellectuals who, much like Wilson, view the public interest much like they view the Constitution. That is that it ought to be malleable and change with the times, but in practice simply change to the behest of those in power. Law Professor David Upham explains this when he notes,

“Times change. Rights change—whether by addition, subtraction, or otherwise. The job of the progressive jurist is to facilitate and, if necessary, initiate this redefinition.”

In his book, Justice Neil Gorsuch offers a stinging critique of the Progressive view of Constitutional rights by citing the infamous Supreme Court case Korematsu v United States, where the internment of Japanese-Americans during World War II was found to be constitutional. He contends that it was precisely because of this fluid view of the Constitution and the rights it protects that led the Court to rule that such egregious government policies should be allowed to stand because they believed that the war effort shouldn’t be impeded. A more originalist understanding of the Constitution would have held that the government still needs to follow the text of the document regardless of how fashionable its policies may seem.

Today we certainly live under the consequences of such a fluid way of thinking about individual rights and the Constitution. That the government, often through the unaccountable administrative state, may exercise vast power over society and the lives of individual citizens. Power conceived not from clearly outlined rules, but under the pretense that it believes what it is doing has a rational basis and that it is serving what it defines as the public interest. A definition that has encompassed everything from constructing a regulatory apparatus that not only intrudes on economic and civic freedom but costs trillions of dollars a year in compliance fees to an outright assault on the Constitution like the PATRIOT Act in response to 9/11. Clearly, the pursuit of the public interest has resulted in anything but.

The public interest and other phrases like it have far too much importance in the functions of our government. No honest person could ever look at the Constitution and suggest that it can exist harmoniously with the many exceptions that have been carved out over time in the name of the public interest. Much like every other vague objective put out by those in power, equality and equity being two vogue phrases, its doctrine of application is fundamentally opposed to the idea of limited government and individual liberty. The principle of self-ownership and basic inalienable rights cannot exist in a world where the exercise of power is not governed by explicit restrictions but by nebulous doctrines such as the public interest. In theory, the public interest and other vague objectives like it have no discrete meaning. In practice, they simply represent the ambitions and goals of those in power.

This article, The Public Interest and the Constitutional Order, was originally published by the American Institute for Economic Research and appears here with permission. Please support their efforts.