The Misuse of Knowledge in Society: Intervention Means Prices are Lying 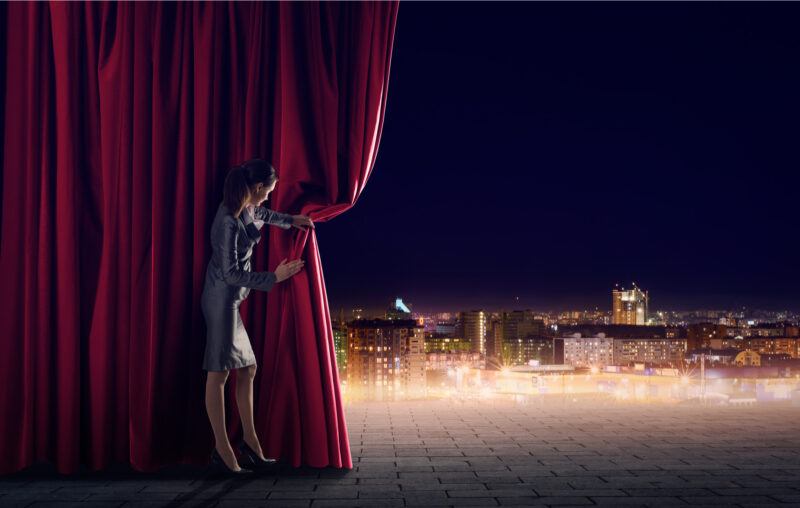 In his excellent book The Undercover Economist, Tim Harford referred to a competitive market as a “world of truth.” The free market’s invisible hand leads us to produce the right things the right way in the right proportions and for the right people. In other words, competition, which Friedrich Hayek called “a discovery procedure,” leads people to produce the highest-value goods and services. People don’t systematically make too many or too few. Instead, they tend to discover the lowest-cost, resource-conserving production methods. Prices convey information about wealth-creating incremental substitutions. The goods go to the people who value them most highly. In a well-functioning competitive market, prices are telling the truth about the most advantageous ways to use finished goods and services, intermediate goods, raw materials, our time, and so on. It’s a marvel of cooperation, and no one is in charge.

A lot of people, though, might not like the resulting pattern. So they step in and decide to take charge. When they do so, they interfere with the prices and make them lie about what should be produced, where, when, how, and for whom.

Price controls force prices to lie. Minimum wages give suppliers (workers) incorrect information about what their labor is worth and demanders (firms) false information about scarcity. The result is an outcome that leaves us worse off in a couple of ways. First, there are unconsummated transactions that would have made both firms and workers better off. Second, lying prices make people waste resources searching for jobs that would be easier to find but aren’t there because the higher minimum wage has reduced the amount of labor firms want to hire.

Price ceilings do the same thing. Consider rent control. The Swedish economist Assar Lindbeck once said it’s the fastest way to destroy a city other than bombing it. Just as a minimum wage means unemployed surplus labor, rent control means excess demand for unsupplied rental housing. Once again, it costs us all insofar as unconsummated trades would have been made in the absence of rent control. There are three other costs, as well. First, there is the cost incurred by people waiting in line or searching for artificially scarce housing. Second, there is also the cost of superfluous discovery as people invest their entrepreneurial energy searching for ways to evade the law. Finally, enforcement costs tend to spiral as regulators and the regulated play a cat-and-mouse game where the regulators invent ever-more-ingenious regulations (that have to be enforced by ever-growing bureaucracies). People could use these resources elsewhere, but instead, by social processes that say “comply or die” waste them.

Price-gouging laws do the same thing. Natural disasters like the Texas freeze, hurricanes, and earthquakes inevitably lead to howls of outrage at “price-gouging” merchants and contractors seeking to make a quick buck off another’s misfortune. The criticism ignores why prices matter. It isn’t because they reward virtue and punish vice. Prices are important because they tell people what is most urgently wanted where. They do this quickly and efficiently, and amazingly, they make it so people in another part of the world who don’t know what has happened can help care for the people most affected just by responding to changing prices. Classic examples include building supplies, bottled water, and gas after natural disasters. Taking a cue from Rolf Dobelli, I generally don’t keep up with current events and learn about disasters like Hurricane Ida secondhand. Even when I do know about what has happened, it is usually in a pretty vague, non-specific sense. If price controls didn’t stop prices from changing in real time to reflect people’s beliefs and expectations about what was most urgently wanted where, changes in prices for building supplies, bottled water, and gas would give people who may not even know a disaster has occurred an incentive to put off building that new deck, to buy fewer bottles of water for Saturday’s football party, and to drive less. When price controls for the prices lie, people don’t make those adjustments. Prices, when they are free to change, help us bear one another’s burdens.

We rinse and repeat for other ways prices lie when they are controlled. Interest rate controls create credit shortages and misallocations. Taxes create deadweight loss. So do subsidies. And tariffs. Inflation causes “price confusion” and “money illusion:” prices are harder to interpret when they aren’t stable, and changes in the price level make it easy for people to think they are richer or poorer even when they aren’t. The cruel irony? It’s easy to blame greed, selfishness, or myopia when, in fact, people are doing the best they can with bad information–in this case, unreliable prices. It’s like computer programming or anything else: Garbage In, Garbage Out.

People make bad enough choices even when they have reliable information. A few minutes of introspection and reflection should be enough to convince all of us. But, unfortunately, making prices less accurate and less reliable with well-intentioned but misguided controls compounds the problem. It leads to an even bigger pile of errors–a misuse of knowledge in society, in other words.

This article, The Misuse of Knowledge in Society: Intervention Means Prices are Lying, was originally published by the American Institute for Economic Research and appears here with permission. Please support their efforts.