The Meme-Stock Revolution That Wasn’t 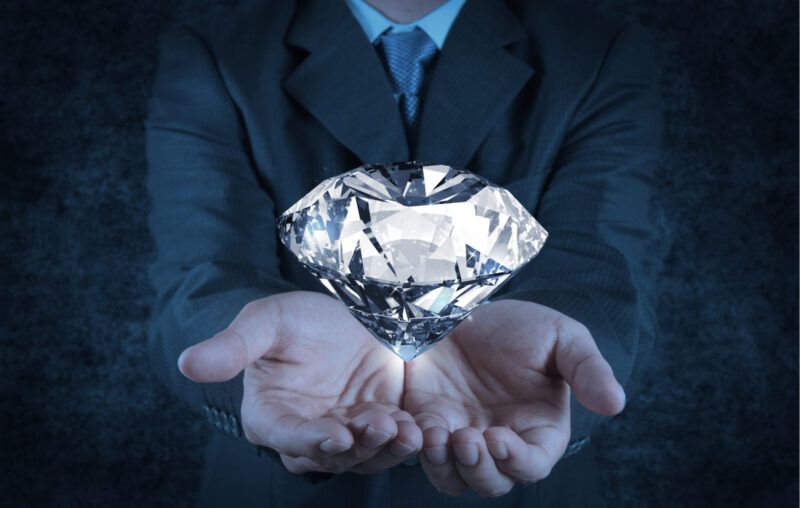 “Wall Street is still a place where customers are parted from far too much of their money – particularly when they think they can beat the house.” (p. 247)

Journalism is said to be the first rough draft of history – a draft that gets updated and corrected as time moves on. With new information emerging, and historians and chroniclers looking at the episode more calmly, they reach more accurate or more nuanced conclusions. With distance from the event itself, we may see more clearly what happened.

Spencer Jakab of the Wall Street Journal has just released one such comprehensive account of what actually happened in the meme-stock days of January and February 2021. In The Revolution that Wasn’t: Gamestop, Reddit, and the Fleecing of Small Investors, Jakab reveals some of the stories that went overlooked or unseen in the drama of last year. It might not be the final verdict of what took place, but it is certainly a more collected and sober account of the actions of the WallStreetBets crowd and the incumbent financial players they so vitriolically rallied against.

It’s almost as if the GameStop debacle in January-February repeated itself – but in reverse. Instead of meme stocks rallying, we have tech stocks collapsing. As I read Jakab’s account, PayPal is falling over 25% in intraday trading after a weak report; Meta Platforms stock traded down 20% in after-hours; Spotify followed suit. Meta (Facebook), Spotify, and Block (Square), all beloved tech darlings, were falling almost as precipitously as GameStop was rising a year earlier.

Both events indicated very frothy financial markets, and that something was seriously wrong. Or, as The Economist had it: “sudden price swings and a queasy feeling among many investors that they have overdosed on techno-optimism.”

In the GameStop simmering days of a year ago, the story was one of Main Street striking back against Wall Street. A crowd of pandemic-frustrated young people with hopes and dreams crushed by an economy stacked against them, a body politic ignoring their lives, and elite financiers playing by different rules. To strike back, they would hit some hedge funders where it hurt the most. By coordinating to buy GameStop, a company seemingly on the brink of bankruptcy and with plenty of investing hotshots shorting the stock, the millions and millions of self-described “apes” in the Reddit forum r/WallStreetBets managed to squeeze a few hedge funders into massive losses – something like $7 billion for Gabe Plotkin of Melvin Capital. They pulled off a short squeeze and a gamma squeeze, using stocks and call options, financial technicalities that Jakab expertly explains and patiently puts into context.

True to his journalist background, Jakab writes for the layman, not the specialist. He describes the episode and its two-year-plus pre-history, and in the process teaches readers plenty about financial market plumbing, how options function, how settlement of trading works, and how brokers manage risk, both for themselves and for some of their trading-mad retail clients. In his account, he doesn’t just take the side of the little guy or write a movie script in book form that Ben Mezrich did last year, but covers many of the other actors involved – brokers like Robinhood, clearing rules, financial infrastructure, historical returns, index funds, and what short sellers really do in financial markets.

It wasn’t about the “gainz” or the “tendies,” for the WallStreetBets crowd, many of whom had never before owned a stock or used an online broker. At least if we are to believe the many online messages, they tried to send a message, to stick it to the man. The tone on the forum was infamously anything but polite; participants resorted to name-calling, insults, and often bragged about their losses. “YOLOing” (taking a risky gamble on a long shot) your “stimmies” (stimulus checks) was a rite of passage.

Still, the narrative that this was the regular guy successfully striking back at Wall Street was too naïve, and in hindsight mostly wrong. No doubt, many of the actors involved believed the creed at the time, and celebrities like Elon Musk, Dave Portnoy and Chamath Palihapitiya happily fueled the retail fires. Beyond their rallying against the establishment, you had a handful of characters like Keith Gill (the person behind the “DFV” and “Roaring Kitty” (aliases), Michael Burry, or Ryan Cohen who made a carefully calculated investment that the rallying crowd turned into an incredible payoff. “The ironic thing,” writes Jakab, “is that [Gill] spent a year and a half making a perfectly reasonable argument about a stock, and his success would up convincing millions of mostly novice investors to trade ‘stonks’.” Once that liftoff pulled in millions, and set in motion the squeeze that propelled GameStop stock to almost $500, the stock’s trading was like

a bunch of Beanie Babies enthusiasts buying and selling the once-collective and now-worthless dolls from one another when the rest of the world thought they were silly. You could laugh, but it had no effect on the buying and selling until the price got so high that nobody was willing to pay a dollar more. Then the unlucky and naive became ‘bagholders’ – the people stuck owning a dropping investment.

When Robinhood – the hip, gamified, commission-free trading platform where most of the Redditers placed their trades – was hit with an outsize collateral call on January 28, it stopped letting its customers buy GameStop shares or options. Selling was still fine, and many other traditional brokers still allowed trading. To the conspiracy-minded WallStreetBetters this was an unforgivable betrayal by a platform ostensibly on their side, changing the rules of the game and bailing out the hedge funders when they were at the edge of collapsing. (Few were aware of the settlement mechanisms and the collateral that brokers need to put up to the Depository Trust & Clearing Corporation).

The harsh words for abandoning Robinhood in retaliation were just that – harsh words. Despite all the hatred, Robinhood had more downloads and accounts opened in those days and weeks than ever before.

The Redditers’ desperate desire to hold the line and refuse to sell in order to inflict damage on the hedge funders cost them more than their time in the spotlight. Many of the millions of novices drawn into the trade ended up bagholders, fueling and funding the profits of Wall Street. This was a revolution in name only.

Since Robinhood makes its money on volume (payment for order flow) and not through service fees or commission on trades, the massive inflow and trading volumes in 2021 just made their brokerage more profitable. And the people coming onto its platform in 2020, writes Jakab, “were the most profitable cohort yet producing more revenue for Robinhood than those who joined in prior years:”

the popular image of the tables being turned on America’s financiers just wasn’t accurate. If something stirs up the retail crowd, then it is almost always good for the industry as a whole.

Even more ironic is that the lending out of securities that facilitate short-selling – the practice that, when targeting GameStop, was anathema to the WallStreetBetters – constitute something like one-tenth of Robinhood’s revenue.

The Reddit Revolution might not have been much of a success, inflicting some billions worth of damage to a handful of hedge funders, but it did enrich some early players. Interestingly enough, GME didn’t boom up and collapse down as we imagine “bubbles” do: all last year it bounced between $150 and $250, some 8-14 times its price immediately before the events in January 2021 that launched it into the public eye (or some 50-80 times its price at its spring low in 2020).

At the end of the day, argues Jakab, most retail investors were left holding the bag. Aside from the identifiable shorts like Gabe Plotkin or Andrew Left, most other Wall Street actors made a lot of money from the episode: “When all was said and done, America’s ‘1 percent’ had a very good start to 2021. Their windfall came out of the little guy’s pocket.” Citadel Securities handled most of the orders coming from Robinhood and must have made out handsomely. Robinhood itself got millions of new clients and successfully IPOed later in the year, at valuations much higher than in private markets before. Instead of causing online brokers much damage, the episode was the best advertising they could have received.

For the little guy, concludes Jakab, the best thing that can be said about the Reddit Revolution is that it “gave young people a good financial education when they didn’t have much to lose and could bounce back.”

Even after last year’s revolution, Wall Street is still a place that separates novices from their money.

This article, The Meme-Stock Revolution That Wasn’t, was originally published by the American Institute for Economic Research and appears here with permission. Please support their efforts.

Market Extra: Why Monday’s stock-market rout should be a wake up call for investors