The Long Cycles in Markets and Political Order 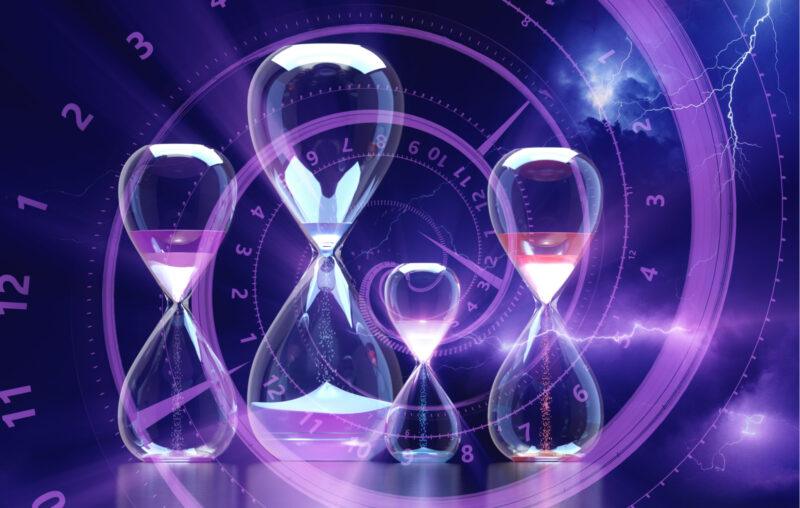 The best class I took in all my economics education was called “Cyclical Fluctuation,” taught by Dr. Susan Schroeder at USYD. It was a broad-scope class in the many heterodox ideas that economists have about what causes business cycles, and what makes the output, employment, and financial prosperity fluctuate so wildly around otherwise steady long-term trends.

One kind of explanation goes by the name of “long waves” – perhaps the most famous of which is Kondratieff waves, developed by the Soviet and Marxian economist Nikolai Kondratieff. Many other theories exist that try to account for fluctuations through long-dated cycles, identifying historical patterns over 50 or 100 years. I see these stories quite a lot: the historian Niall Ferguson had plenty of long-arc thinking in his latest book; and the generational theory by William Strauss and Neil Howe (The Fourth Turning), is all the rage in the crypto world.

Usually, cycle theories or long-wave patterns suffer from problems of overfitting past data – or pushing past events through vague-enough definitions such that almost anything goes. They lack nuance, or don’t offer enough evidence. Personally, I always found it absurd that a world so unlike the past from which it came could be governed by motions in that (pre-industrial) past. If “it’s different this time,” there’s no point bothering with elaborate cycles; quite a lot of things are different, but not all. If indeed enough trends echo the past, there might be a future trajectory that an astute eye can detect.

Ray Dalio, the prolific writer and founder of Bridgewater Associates, one of the world’s largest and renowned hedge funds, has, if not changed my mind, then at least massively shifted the needle on how I see cycle theories. Released today, his latest 500-page tome, Principles for Dealing with the Changing World Order: Why Nations Succeed and Fail, aims very high: analyzing five centuries of markets, currency collapses, and changes to the world financial and political order.

Dalio avoids most of the traps associated with cycle theories. Changing World Order is jam-packed with charts, showing long-run changes in major countries, often reaching back centuries. Population, real GDP per capita, asset returns (of various portfolios and the main asset classes), mortality from war or famine are all included. At the core of Dalio’s view on markets and politics lies a conviction that underlies all cycle theories (“Knowing how things have changed in the past leads me to consider the possibility that something similar might happen in the future”). But he also improves on that by observing that over the longer horizon, cycles and the rise-and-fall of empires notwithstanding, cycles operate on a trend that for reasons yet unclear continues upward – through pandemics, world wars, inflations, and natural disasters

He shows us the result of the indices of competitiveness, technology, or military strength that he uses to analyze the world and inform his investment decisions. He manages to do what many successful investors writing books about their investment lens fail at: delivering something new and interesting without giving away precisely the secret sauce that fueled his success.

What I like the most is the metrics of the rise and fall of reserve currencies. The Dutch guilder, Europe’s dominant reserve currency after a century or more of Dutch economic outperformance, was overtaken by the pound sterling when Britain’s industrialization and military strength later surpassed the Dutch. In turn, it subsequently lost to the US dollar during the first half of the 20th century. A dominant currency, observes Dalio, lags heavily the economic punch its economy packed in the past.

We’ve only had three or four of these global monetary transitions, so it’s hard to assess Dalio’s claim that this is a universal pattern. And if so, what does it say about the renminbi? About currencies like bitcoin, which are unconnected to a nation state?

To analyze markets, Dalio combines the money-credit focus of Ludwig von Mises with the macro-debt focus of Hyman Minsky: “Unless you understand how money and credit work, you can’t understand why the world changed as it did.” His turning points for the debt cycles are also distinctly Minskyiate: when income isn’t enough to service debt; when people’s excesses and decadence vastly exceed their ability to create tangible value; when fear and greed is rife, jealousy and domestic conflict imminent. To this, Changing World Order expertly adds the big-picture history of people like Ferguson, Deirdre McCloskey, and Jared Diamond. Halfway through, Dalio reveals his main role model: the British historian Paul Kennedy, whose door-stop-sized The Rise and Fall of the Great Powers is on the curriculum of every undergraduate history program.

We get lots of schematic cycles, so many that I quickly lost track. The money-capital markets-debt cycle is the one he’s most known for, to which he adds cycles about internal order (values, institutions, and conflicts within a country) and cycles for external order (military, trade wars, and technology differences between countries). These are all mapped out in a fairly detailed way, with a half-dozen stages and their relative components explicitly marked.

“Most investors,” Dalio writes, don’t look for history, “because they think history and old investment returns are largely irrelevant to them.” He soothes my initial skepticism of cycle theories with plenty of graphs showing smoothed lines that move in discernable wave-like fashion.

While his long cycles are stuck in a limited history, he offers an outstanding amount of real-world evidence for this thesis: asset returns, currency debasement against gold or consumer baskets, and the expansion of debt and financial markets.

Even if his main pattern of political and economic power is broadly correct – that innovativeness, competitiveness, and education leads to prosperity, which eventually lead to excesses and decadence, decline and conflict – it’s not clear to me what to do with that. Spain in the 1500s, fueled by Potosí silver, withered away over a hundred years; the Roman decline similarly took centuries; the Russian tzar reign ended abruptly. How do we know which historical echo signals our immediate future?

The reader must overlook the occasional statements where Dalio slips into the mistakes of other cycle theories. Like most of them, Dalio is forced into making vague, trivial, or often meaningless claims – like “most cycles in history happen for basically the same reasons.” “All markets,” he adds “are primarily driven by just four determinants: growth, inflation, risk premiums, and discount rate.”

Or this, about the internal struggles and disorder cycle:

While the length of time spent in each of these stages can vary a lot, the evolution through them generally takes 100 years, give or take a lot and with big undulations within the cycle.

With a main pattern of a century, with “a lot” of fluctuation around the start and end-points, on top of “big undulation within the cycle,” almost anything seems to fit the pattern. And “after self-interest and self-survival, the quest for wealth and power is what most motivates individuals, families, companies, states, and countries.”

At a high enough level of abstraction, these statements are plausible – even undeniable – but it is unclear what they give us. Yes, they’re true; but also very diluted in meaning. History may rhyme, but the ways in which poets can play on words is almost infinite – so what does identifying a vague, broad, or imprecise pattern really give us?

I wasn’t overly fond of the parts dedicated to China – over one-fifth of the book. It makes sense as a case study of a rising power, and is very relevant considering the many brooding U.S-China conflicts over technology, trade, and geopolitics. It pays homage to Dalio’s belief that China is rising in the many indicator curves against the stagnating (and even declining) indicators he reports for Europe and the US. But those chapters are long, detailed, and hard to follow for those without intricate knowledge of China’s past.

To nitpick, I don’t like how he tweaks established terms for no apparent reason: “store of value” became “Storehold of wealth”; “exorbitant privilege” was replaced by “extraordinary privileged.” One unconventional phrasing is useful: describing bonds and other liabilities as debt assets and debt liabilities to emphasize their role in balance sheets for different economic agents.

It is a very rare country in a very rare century that didn’t have at least one boom/harmonious/prosperous period, so we should expect both. Yet, most people throughout history have thought (and still think today) that the future will look like a slightly modified version of the recent past. […] Because the swings between great and terrible times tend to be far apart, the future we encounter is likely to be very different from what most people expect. […]

No system of government, no economic system, no currency, and no empire lasts forever, yet almost everyone is surprised and ruined when they fail.

The big curveballs are the turning points of history – modern tools of finance, the machine age, inclusive societies, or the scientific method. We can’t anticipate them, yet per Dalio’s own cycle theory we should still try to identify them, understand them, and adapt. That conflict runs through Dalio’s impressive book, but doesn’t detract much from a thesis that I found much more persuasive than I had anticipated: some historical patterns are real, wave-like, and operate over long horizons. With skill, data, and humility, we can uncover the likely prospects for our own times.

This article, The Long Cycles in Markets and Political Order, was originally published by the American Institute for Economic Research and appears here with permission. Please support their efforts.