The Irony of China’s Most Recent Bitcoin Ban 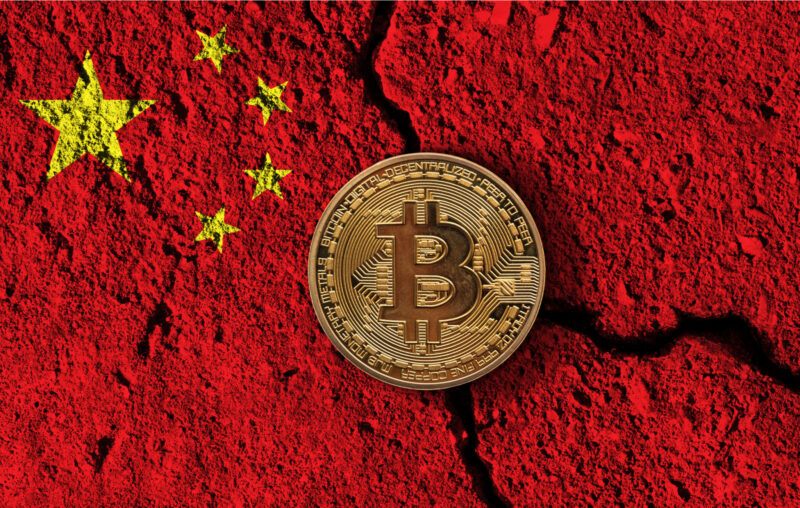 Various aspects of cryptocurrency use have been banned in China numerous times over the better part of the last decade. The most stringent barriers yet, though, were announced on Friday, September 24th. In a series of statements, Chinese economic planners listed their edicts in stepwise fashion, including

Predictably, the price of the entire crypto complex declined in the wake of the news; and then, with equal predictability, most of the earlier losses were recovered. None of this is new territory for Bitcoin or any of the other coins and assets in the sector, for which in conventional media coverage there are always more negative than positive headlines and articles.

By one account Bitcoin has been declared dead no less than 430 times since 2010; over 35 times this year alone.

Among others, Chinese government officials lobbed measures against Bitcoin in September 2013 (prohibiting banks from engaging in crypto-related transactions); in September 2017 (moving to shut down exchanges in Beijing and banning initial coin offerings); in February 2018 (terminating the operation of foreign exchanges); and in June 2021 (targeting 90% of the mining capacity in Chinese-based mining operations); and the current, more sweeping initiative.

In light of both its history and the decentralized nature of crypto, it’s difficult to see this latest ban as anything but terrifically bullish for the development of the sector as a whole. It forces miners located in China taking advantage of cheap development and energy costs to move elsewhere, likely resulting in greater geographic diversification. (The concentration of hashing power in China-based mining facilities was seen as an existential vulnerability to Bitcoin by some observers; yet for several months an exodus of mining operations has been underway.) The crackdown will likely induce more research into energy-efficient means of mining. And there will undoubtedly be increased innovation directed at the concealment of ‘on and off ramps.’

If this were the America of Coolidge, the Chinese ban would be met by the introduction of special crypto economic zones or another market-oriented ideological ballast. Unfortunately, American politicians and regulators today are not intellectually contrary so much as slower and more methodological than their Chinese counterparts.

The comprehensiveness of the most recent Chinese diktat comes at what increasingly appears to be a pivotal moment. Less than one month ago, El Salvador adopted Bitcoin as its legal tender; a bold (but flawed) step which may nevertheless be instructive for other nations. Also, the national rollout of China’s digital yuan, a first in several ways, proceeds. While it is a central bank digital currency (CBDC) and not a cryptocurrency, the most recent crypto interdiction may be an attempt to hamstring a rival where transactions and cross-border trade are concerned.

And it is from the perspective of timing that the most sardonic observation pertaining to the new prohibitions can be made.

At the same time that anti-crypto decrees are being promulgated, a former exemplar of conventional Chinese commerce is rapidly approaching a debt default, hasty restructuring, or government bailout. Drowning in $300 billion of debt, the situation facing the Evergrande Group has been compared to that which confronted Lehman Brothers in 2008. It’s a largely inapt comparison, with one exception: both collapsed after years under the watchful eye of regulators and government officials, in long-established markets, with the protection of investors assured all along.

The company owes money to over 170 banks and another 121 financial institutions. But Evergrande is only the proverbial canary in a $52 trillion mine: a massive, credit-fueled real estate bubble rife with malinvestment. Chinese economic managers are likely to decide that more liquidity is required to stave off a massive financial implosion. Indeed, the People’s Bank of China injected $17 billion on September 23rd alone to unfreeze fearful interbank lending markets.

It is certainly true that non-fiat currencies, such as those which are commodity-backed or algorithmically-limited, cannot and will not prevent unwise investments or entrepreneurial misjudgement. But with the Evergrande crisis looming in the background, the crypto universe being pilloried by Chinese authorities as a “growing threat to financial stability” and “disrupt[ive] to economic order” is more than simply ironic. It is irony at its most mordant.

This article, The Irony of China’s Most Recent Bitcoin Ban, was originally published by the American Institute for Economic Research and appears here with permission. Please support their efforts.