The Interest Groups Behind the Asylum in America 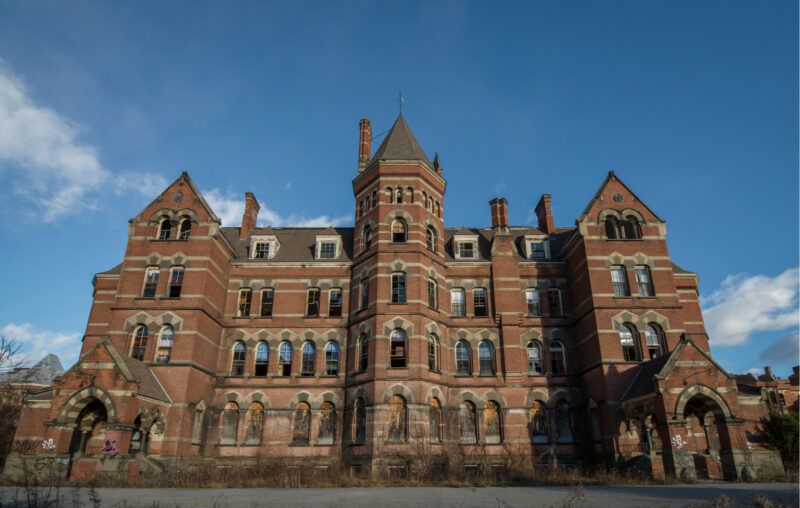 Late 19th century America was rife with social reformers arguing for the need to deal with many forms of societal distress. One of those was the concern (some would say fear) for those suffering with mental health disorders or/and developmental disorders and who were labelled as the “defective classes.” Reformers aggressively pushed for state-funded asylums and special institutions to house these individuals.

The result was that numerous states, such as New York and Massachusetts, created a sprawling system of state institutions for the “insane and feeble-minded” (these were the labels used at the time). Most of these systems were expansions of small existing asylums. In the span of the four decades from 1870 to 1910, America’s institutionalized population increased ten-fold.

Many have hailed this as a public-spirited effort to help a vulnerable portion of the American population. To be sure, numerous social reformers did indeed exhibit genuine concern for the fate of the “insane and feeble-minded.” However, as Raymond March and I point out in a recent article in Public Choice, they also allied themselves with interest groups whose motivations were far baser: asylum physicians who saw their economic status enhanced. In the process, we get a glimpse of how government expansions are achieved.

Prior to the expansion of asylums, most care for the insane was provided by poorhouses. By virtue of catering to the destitute, these locally-funded organizations provided relief to a motley crew of people – including those who were poor by reason of their mental health. Roughly a quarter of poorhouse residents were deemed to either have a mental health disorder or a developmental disorder.

The physicians and asylum managers who worked in the previously existing asylums as well as in newly established asylums proactively lobbied state governments to transfer residents away from the poorhouses and into the asylums.

In numerous states, they were able to secure such transfers on the basis that poorhouses did not provide expert care. However, it is worth pointing out that while the care was non-medical in nature, the services provided by poorhouses were in a more familiar environment and in closer proximity to families.

To assess the extent to which they were able to secure these rents, March and I relied on state-level institutionalization rates from 1870 to 1910 in conjunction with state-level legislation affecting entry into the medical profession. Our premise was that where the medical profession was strong enough to limit entry against established members, asylum physicians were at least equally able to restrict entry. In other words, entry barriers for medical care were a proxy for entry barriers for mental health care. Controlling for other factors such as ethnic composition, age and income, we found that entry barriers predict 32% of the increase in institutionalization between 1870 and 1910.

That is not a small proportion, but it is not a large one either. It seems to be a complementary explanation to other factors that speak to concerns for the well-being of the afflicted. Yet, this provides a key insight into the growth of government.

One theory for the expansion of governments is that of the bootleggers and Baptists. That theory is based on a historical case whereby Baptists wanted temperance laws that limited the sale of alcohol. These Baptists were motivated by genuine concern for societal welfare. Another group, sellers of illegal alcohol known as bootleggers, also wanted these temperance laws as it increased their profits. As such, bootleggers were willing to help accomplish the Baptists’ political objectives. A strange political alliance was formed!

Those who are interested in the underlying causes of the expansion of governments should do well to remember the example of American asylums. Governments can grow for seemingly noble motivations, but there is always an opportunity for self-interested groups to tag along in ways that will matter later when the time comes to assess outcomes.

This article, The Interest Groups Behind the Asylum in America, was originally published by the American Institute for Economic Research and appears here with permission. Please support their efforts.