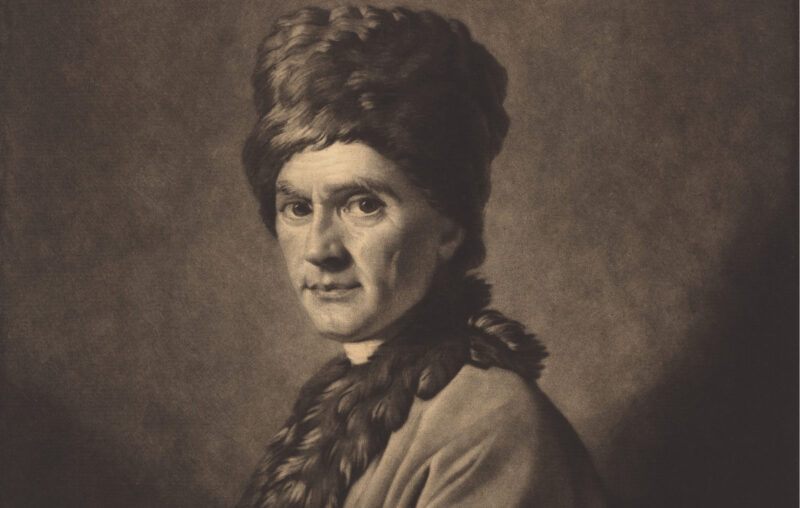 When David Hume learned in 1762 that Jean-Jacques Rousseau was interested in relocating to Britain, he got busy to make that happen. The two men first met in Paris in 1765. They traveled together from Paris to England in January 1766. Hume arranged lodging for Rousseau, otherwise tended to him, and successfully procured a pension for him from King George III.

Within a few months, things turned very sour. Rousseau wrote hateful letters to Hume, accusing him of having plotted for his disgrace and humiliation by way of petty torments. An especially long letter, declaring enmity toward Hume, was written as though for publication. Hume felt the need to counter Rousseau’s version and defend himself against accusation and besmirchment.

What was published was a rushed version of the account, first in French in Paris in October, 1766, then in English in London the next month. The English version was, apart from the letters therein, mainly a retranslation of a French translation of Hume’s manuscript. Mishaps and communication problems between Edinburgh and London led to Hume’s extreme dissatisfaction with the English version.

The blow-up between two of Europe’s most illustrious intellectuals was an affaire célèbre throughout Europe at the time. The two protagonists could not have disagreed more in their moral and political tendencies and influence. The spectator feels divided sympathies with each of the two men. Their interpretations disagree wildly. Was Hume innocent in the matter? Was Rousseau?

Now, 255 years later, Hume’s original manuscript has been put before the public, by Jason Briggeman, Jacob Hall, and me. Hume “expresses himself bluntly and forcibly,” as Paul Meyer said about this never-before-published manuscript. Also provided is a link to a PDF scan of the original manuscript itself, kindly provided by the National Library of Scotland.

Even after the blowup, Hume continued to work for more than a year to maintain the plan of a royal pension, and to keep Rousseau settled in England. Rousseau remained in England until May 21, 1767, but never accepted a single payment of the pension.

What was Hume thinking? What was he up to? In an article that accompanies Hume’s manuscript, I suggest that Hume went to such remarkable lengths because he felt that doing so would diminish Rousseau’s influence and legacy, and consequently improve the lot of humankind. I believe that, had Hume succeeded, Rousseau’s influence and legacy would have been greatly diminished, and the lot of humankind would have been improved.

Hume’s manuscript consists in large part of letters between the two men. One sees the relationship evolve and go bad.

An article about Hume’s original manuscript was published in 1952, by Paul Meyer. Hume’s manuscript account differs markedly from the London publication of 1766. There is, said Meyer, “a decided discrepancy in tone.” Hume’s original version has the tone of “a man sitting down in a rage immediately after a violent quarrel and giving his version of it.” Hume “is plainly beside himself at Rousseau’s behavior.” The 1766 publication, by contrast—and by way of the French editors—gives a voice to Hume that is more detached, sometimes even circumlocutory. “Certain of Hume’s indignant and spontaneous exclamations on reproducing Rousseau’s charges against him are not given in the published texts at all.” Hume’s original has him enumerating a dozen lies (“lyes”) as footnotes to Rousseau’s mammoth letter of July 10, 1766; such enumerating of points is absent from the 1766 published version. The original is stouter and more authentic.

This article, The Hume-Rousseau Affair, was originally published by the American Institute for Economic Research and appears here with permission. Please support their efforts.