The Horrors of Hyperinflation 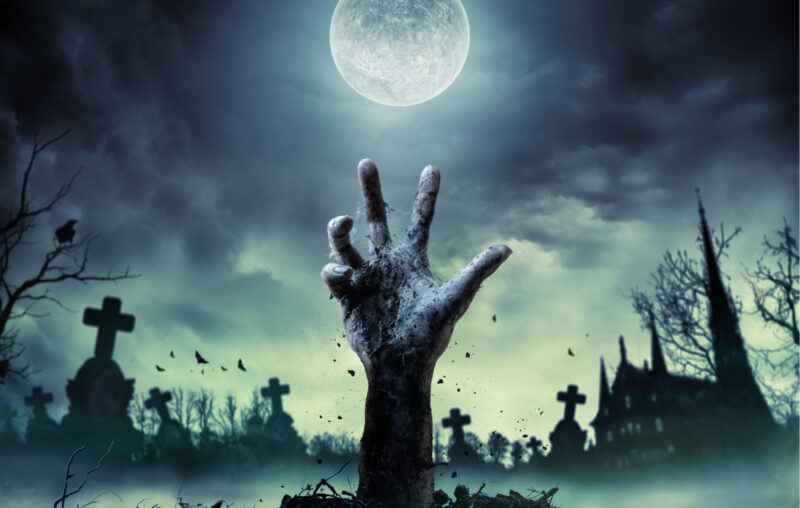 Some people thought serious inflation would follow the bailouts of 2008-9. It didn’t, so some assume prices will remain in check again now. A false cry of wolf in the past, however, doesn’t mean that the wolves of inflation do not stalk the economy this time. As described below, macroeconomic and policy conditions are very different today and that’s important because I do not compare high levels of inflation to wolf pack attack lightly.

Financial markets suggest that the future path of prices remains unknown. Bond yields remain low by historical standards but frothy investments in cryptocurrencies and nonexistent art suggests that some investors want to buy anything other than bonds, which will drop in price if inflation, and hence nominal interest rates, rise. The buoyant real estate market also suggests that trouble looms as real estate tends to increase in price along with inflation, especially where rents can be easily and quickly increased.

In short, the federal government should be focusing on the real existential threat to the nation, runaway prices, not wasting resources on partisan political issues, like treating unarmed trespassers as “insurrectionists.”

Inflation, as measured by the Consumer Price Index (CPI), is currently running at “only” about five and a half percent and AIER’s Everyday Price Index is up “just” 6.5 percent over the last year. Both remain a far cry shy of a hyperinflationary spiral where expectations about rapidly rising prices cause prices to rapidly rise as consumers spend cash as quickly as possible and workers push for ever higher nominal wages to avoid prolonged decreases in their real wages. But why is inflation gaining momentum now and will any economic or political forces check it before it spirals out of control?

Following the global financial crisis of 2008, government policies and socioeconomic conditions were not conducive to rapid economic growth. Considerable uncertainty about financial and health sector reforms made many businesses cautious and the reforms that eventually passed, especially Dodd-Frank and the Affordable Care Act, proved nettlesome due to their size, complexity, and slow phase-in. Taxes were relatively high and many innovators feared what the Obama administration might do next.

Unsurprisingly, then, economic growth was pretty anemic for almost a decade, so increases in what macroeconomists call aggregate demand were tame as well. Moreover, much of the new money (purchasing power) that the Federal Reserve (the Fed) created in response to the 2008 crisis stayed in the banks, which were happy to earn from the Fed a small but safe return on a cash cushion called excess reserves. So upward pressure on prices proved much lighter than some feared.

During the Trump administration, however, the business environment improved markedly as taxes and regulatory burdens decreased. Unemployment dropped to record lows but the Fed kept its policy of interest rates at historic lows, so upward pressure on prices was building when Covid hit and governments across the world responded by shutting down economic activity.

The world is just emerging from those monstrous policies and pent-up consumer demand, similar to that experienced in the late 1940s after a decade of depression and world war, is being felt. Alone, those circumstances could collude to cause double-digit inflation for a year, or two, or three.

In addition to those pressures, the national government seems hellbent on spending as much money as possible as quickly as possible. Projected deficits are, in real terms, the largest in peacetime history and approach those incurred to fight World War II. They could tip the economy into a serious bout of inflation, to which policymakers — the same policymakers who thought they could “fight” a virus — might respond with price controls like those that caused widespread shortages during the Nixon administration.

The price controls failed but Paul Volcker (1927-2019) eventually caused a recession to stop America’s Great Inflation (1965-1982) by dramatically raising the Fed’s policy interest rates/cutting money supply growth. Could the Fed do the same today, if necessary? Yes. Would it? Not without hurting a lot of poor people, regardless of the color of their skin, so pretty much count even-numbered years completely out.

Political considerations aside, the federal government would certainly want a say in monetary policy too. The US government owes a lot of money to a lot of people, including many foreign governments that will not be amused if Treasuries become worthless. Moreover, most of the national government’s borrowings are at short maturities, so it has to pay off/refinance some $13 trillion of debt within the next four years.

If inflation surges, so too will nominal interest rates and hence the government’s debt burden, i.e., the proportion of the federal budget needed to make interest payments on the national debt. As that burden increases, so too will pressure to keep creating new money to help the government to pay its bills.

If, like The Atlantic, you do not think that hyperinflation can happen in America, you need to read up on your monetary history. The New England colonies and the colonial Carolinas experienced out of control inflation, as did the new nation itself during the Revolutionary War. Hyperinflation also gripped the Confederacy and its awful effects helped to keep the South impoverished for a century after Appomattox.

Hyperinflations also ruined numerous other countries and in some, like Zimbabwe and Venezuela, inflationary spirals continue to impose significant socioeconomic costs, especially on the poor, today. The hyperinflation in Germany that began exactly a century ago is perhaps the most infamous because it helped to foster political extremism, including National Socialism.

High inflation is not to be trifled with because it rips economies and societies apart at the seams, destroying some forms of life savings (e.g., bank accounts, bond funds, and life insurance) while enriching debtors and the politically well-connected. Incentives to produce plummet as aggregate demand sags along with declining real incomes and unpredictable fluctuations in relative prices.

Such carnage may seem abstract but it was very real to the middle class Germans who had to prostitute their daughters to survive the worst periods, when German paper money became more valuable as toilet paper or wallpaper than as a medium of exchange.

The Biden administration, though, implicitly assumes that combating global climate change and fostering what it considers to be social justice are more important policy goals than steering well clear of dollar collapse. It is very wrong about that because hyperinflations end only one way, the imposition of hard budget constraints through the adoption of a new monetary system based on precious metals, a stable foreign currency, or a currency board. Often, a new regime or constitution also must accompany the monetary reform in order to make the government’s commitment to stop printing money and lying about new money creation more credible to market participants.

In other words, if the price level rises too much too quickly, current illusions about Modern Monetary Theory (MMT) and costless budget deficits will be shattered by reality. America’s national government will have to go onto a real consumption basis, meaning every bit of new spending will have to come out of taxes already collected, not future taxes. Epic political battles will result but even if Progressives win them, the government will face difficult tradeoffs between funding projects like the Green New Deal or race reparations on the one hand, and national security and economic growth/tax cuts on the other.

Moreover, during and after a period of high inflation the United States would be more vulnerable to military attack than it has been since the height of the Cold War. China, Iran, North Korea, and/or Russia would almost certainly try to take advantage of its weakness, kicking it, and/or its close allies, when down.

By driving hundreds of millions of people to the edge of economic desperation, hyperinflation would also defeat attempts to reduce carbon emissions or increase racial justice because acquiring potable water, food, and fuel would top most Americans’ quotidian concerns, while adoption of electronic vehicles, ESG investment funds, or Critical Race Theory curricula would sink to the bottom of their concerns. When the economy hits rock bottom, trees will topple in rural and suburban areas while people will find urban areas uninhabitable. What happens when they migrate out in search of food and water is unclear, but likely ugly if the treatment of Arkies and Okies during the Great Depression is any indication.

Governments have few universally accepted goals. National defense, protection of property, and stability of the unit of account are arguably the three most important because all else rides on them. Hyperinflation destroys all three, so any serious risk of hyperinflation is simply unacceptable from a policy standpoint. The national government needs to improve its fiscal and monetary policies today, before it is too late.

This article, The Horrors of Hyperinflation, was originally published by the American Institute for Economic Research and appears here with permission. Please support their efforts.