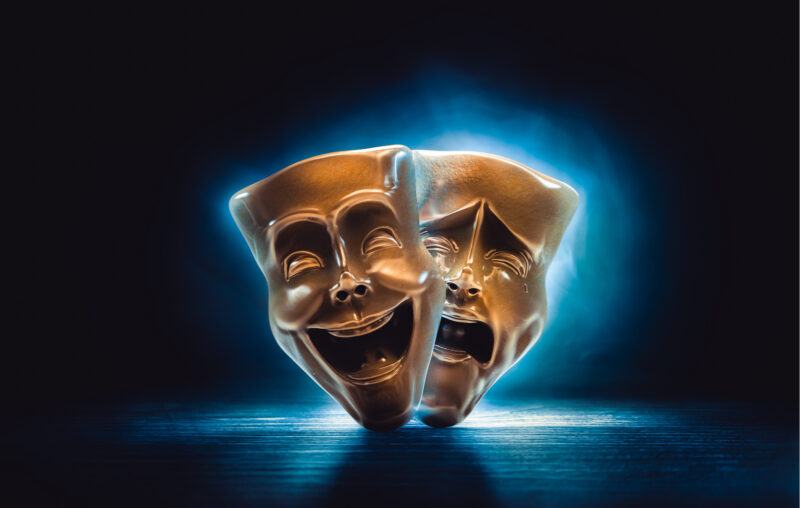 American Federation of Teachers President Randi Weingarten recently proclaimed that her union members have a right to teach “honest history” in government classrooms. But putting politicians, bureaucrats, and union zealots in charge of a curriculum is the worst recipe for candor. Rather than truth, the likely result will be vaccinating young Americans from recognizing how Leviathan imperils their liberty.

Weingarten’s protests were spurred by the backlash in some states against Critical Race Theory (CRT), the latest politically correct fad from activist educators. CRT received a steroid boost from the New York Times’ 1619 series, which ludicrously claimed that the American Revolution was fought to preserve slavery (AIER’s Phil Magness debunked that charade in many articles and in this book). According to Weingarten and other CRT proponents, American schools criminally ignore the racial abuses in American history. However, the vast majority of state curriculums already teach that slavery was an abomination and a national disgrace.

Weingarten boasted, “We teach history, not hate.” But, for decades, teachers and government schools have dismally failed to teach students history. Surveys show that most public school students are historically illiterate, clueless on the key events and major issues of American history. Public schools have long disdained mere historical facts, preferring instead vapid narratives that resemble “good versus evil” fairy tales. Because students are mostly clueless on history, they are blank slates ready to be indoctrinated with any claptrap that schools hustle.

The real “history problem” is that schools have done such a dreadful job of teaching reading that fewer children are able to discover the joys of history on their own. Student test scores in one Baltimore class show that almost half the juniors in high school were reading at second- and third-grade levels, as Project Baltimore recently revealed. Jeffrey Zwillenberg of Reading Partners Baltimore commented: “Reading is that one fundamental skill that unlocks all others.” But the dismal failure of urban schools to teach reading practically assures that victimized students will be locked into a rut for their lives. Vast numbers of students will be forever unable to learn on their own and thus will be ready tools for propaganda.

But that is not necessarily a problem for educator activists more enthused on shaping values than imparting skills. In the late 1970s, the National Education Association (NEA) denounced back-to-basics as “irrelevant and reactionary.” Richard Mitchell noted in his 1981 classic, The Graves of Academe, that the NEA corrupted public schools because its members “wanted to be not teachers but preachers, and prophets too, charging themselves with the cure of the soul of democracy and the raising up in the faith of true believers.” Government schools suffice with making kids feel virtuous (or guilty, in the case of CRT) in lieu of making them literate.

No knowledge of history is necessary for students to become obedient tools for teachers’ agendas. Weingarten, in a 2019 speech to AFT members, proclaimed, “America’s public school educators are change agents.” On the same day of her “honest history” speech, the AFT announced its new initiative – “Educating for Democratic Citizenship,” including “action civics” for children. As the National Association of Scholars’ John Sailer observed, “action civics” is an “increasingly trendy form of civics pedagogy [which] requires students to find an issue, research the ‘root cause,’ and then advocate for their proposed solutions,” such as creating “a political action plan to enlist local or state authorities to adopt their proposed policy.” Swedish teenager Greta Thunberg is the prototype for such activism, and “action civics” could produce millions of students enraged that society is not speedily destroying capitalism (and everything else?) to meet their clueless yet righteous demands.

Government history textbooks are not immaculate revelations handed down from Mt. Sinai. Instead, politicians appoint the bureaucrats who select the textbooks, and bureaucrats survive by keeping politicians happy. Thus, children learn that politicians are mostly honorable public servants devoted to benefitting people under their sway.

Don’t expect school history texts to edify children on how the Roosevelt administration’s socialist policies and other schizoid interventions prolonged the Great Depression. School textbooks portray the Korean War as a well-intentioned intervention to stop the onslaught of communism and minimize or completely ignore disclosures in recent decades of numerous U.S. massacres of Korean civilians. School textbooks’ portrayal of the Vietnam War give short shrift (if any) to the Pentagon Papers’ revelations that every president from Harry Truman to Lyndon Johnson profoundly deceived the American people about that futile conflict. Textbooks also omit the chilling insight from David Hackworth, a retired colonel and the most decorated officer in the Army, who declared, “Vietnam was an atrocity from the get-go…. There were hundreds of My Lais. You got your card punched by the numbers of bodies you counted.” Nor is it prudent to expect textbooks to accurately portray the perpetual pious shams (“We’re bombing to uphold the rights of women and girls”) that sanctified the U.S. war in Afghanistan. Instead, school textbooks will portray well-meaning politicians who sometimes made honest mistakes, regardless of how many American soldiers and hapless foreigners pointlessly die.

Government schools offer slanted versions of history that many students will perceive as a catechism. Though certain beliefs may not be formally mandated, disbelief will often be penalized. Will students who say that slavery was not the sole cause of the Civil War be flunked? Will pupils who condemn the Federal Reserve for destroying the purchasing power of the dollar be castigated?

The perils of politicized narratives are even greater with history in the making. Weingarten declared that “laws restricting what we teach impinge on educators’ professional obligations…to teach current events, like the January 6 attack on the Capitol.” Weingarten told her union members: “I was in my office as the insurrectionists stormed the Capitol… some with the intention of harming and even killing elected officials.” The only person who was gunned down that day was an unarmed female protestor killed by a Capitol policeman who shot her at point-blank range. The hard facts of January 6 are still being thrashed out in government audit reports and in more than 500 court cases (many of which are vexing federal prosecutors, according to the Washington Post).

January 6 is the perfect example of why teachers should keep their political opinions out of the classroom. Teachers are not hired as pundits to blather on any and all subjects; instead, they are paid to convey specific skills to students. Unfortunately, many teachers nowadays are too busy proselytizing to correct their students’ grammar errors.

For teachers’ unions, the CRT uproar is a welcome distraction from the debacles permeating public school. For many students, government schooling is akin to being lashed into a dentist’s chair where the mind-numbing drilling never ends. President Biden has an easy solution: “We’re going to provide four additional years of school to everyone in America — two years of universal pre-school and two years of free community college.” Schools’ failure becomes a debit card entitling government to commandeer more years of citizens’ lives.

Trusting politicians to teach children honest history is like relying on plantation owners to teach slaves how to read. The best lesson young Americans could receive from studying history is a radical skepticism of officialdom and all its hokum. Virtue signaling is no substitute for learning how to defend one’s rights and liberties.

This article, The “Honest History” Fraud, was originally published by the American Institute for Economic Research and appears here with permission. Please support their efforts.