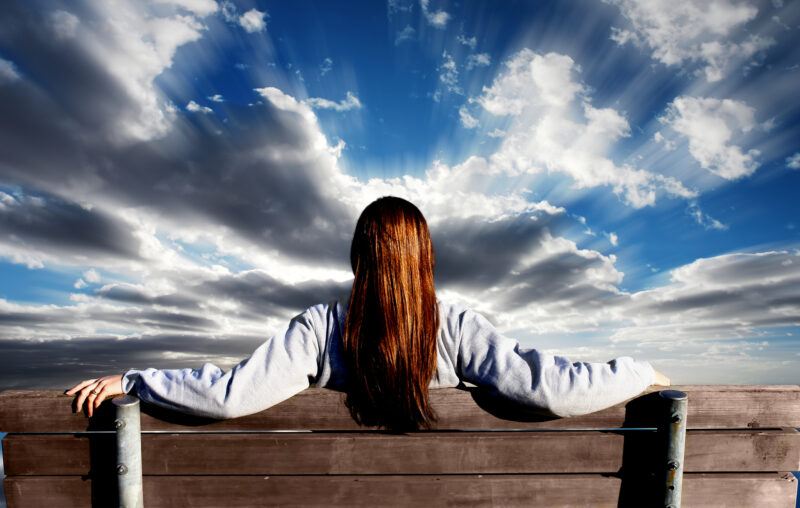 Federal unemployment benefits end today. Many schools are featuring in-person classes again, which along with the end of summer vacations will free up parents to go back to work. And anticipating competition amongst themselves, many firms are attempting to lure workers back with higher wages, more accommodating work arrangements, or more perks.

But many firms are seeing only middling success getting back to their former staffing levels. Rising Covid infection and hospitalization levels, it is said, are keeping a portion of the workforce at bay. And coverage of the newer Mu variant in addition to questions regarding the efficacy of vaccinations undoubtedly has a certain portion of the population on edge.

No doubt these account for some of the reasons why employers are increasingly finding themselves bidding up the price of staffing and making unusual concessions. A McDonald’s in Oregon began hiring 14-year-olds. Second-chance hiring is picking up steam. Some of the new benefits being offered include tuition, childcare, and transportation subsidies. It remains to be seen whether those or other efforts to bring reticent workers back into offices will be successful. The seeming disinterest in quickly returning to work may well dissipate as temperatures cool and major fall/winter holidays draw closer.

But there is another component to the tepidity infusing the workforce. It is seen, in part, in large swaths of working adults voluntarily leaving jobs in record numbers – even as job vacancies skyrocket.

Job openings keep hitting record highs, as 10.1 million positions were open in June. But quits were high again, too: People voluntarily leaving their jobs rose to 3.9 million from 3.6 million in May — close to the record-breaking 4 million quits in April, the highest level since the Bureau of Labor Statistics started tracking this data in 2000. Quits have been over 3.6 million for each of the last three months, also something that hasn’t happened in decades…But the current set of record highs comes alongside record levels of job openings and historically high hiring.

Surely, one reasons, after a year-and-a-half of unemployment and underemployment, changing workplace responsibilities, false starts, budget issues, social abruption and other waylays, most people would be eager to return to familiar routines and the concomitant financial security. But a significant and perhaps growing portion are not.

Baby Boomers and Generation Xers frequently have anecdotes about the views and behaviors of older relatives who lived through the Great Depression. While they vary, a few characteristics were dependably seen. One was an inveterate propensity to save money, always keeping some portion in physical cash. They also tended to fix or salvage broken items, mend torn clothes, stretch foodstuffs, and otherwise squeeze every cent’s worth out of items that would otherwise have been discarded. And they expressed near-reverent attitudes toward work, with the memory of despondent, jobless years burned into their minds.

Although still in development, young adults who experienced the housing market collapse and recession between 2007 and 2009 have common perspectives as well. They were, to some extent, forged in an economic environment which saw brief but sharp increases in unemployment, home foreclosures, and the consequent vilification of the entire financial sector. And while that has been one explanation for a seeming predilection toward collectivist ideologies, they are also characterized by being adaptive to change.

As always, it is essential to severalize what is all too frequently combined. The detrimental effects of local, state, and Federal policies put in place to address the pandemic are increasingly being blamed on the spread of the virus itself. There was certainly a small portion of the population who, in early March 2020, opted to stay home and limit their social and commercial interactions. But the widespread implementation of lockdowns between March 15th and mid-April 2020 which were imposed, at times lifted and reimposed over the subsequent twelve to eighteen months are the proximate cause of the economic breakdown which followed and, in the form of shortages, price spikes, and other consequences, continue.

The effects of stay-at-home orders, business closures, and the like were, for uncountable millions and their families, existential in nature. Statistics about widespread declines in mental health, of suicidal ideation, and drug overdoses in 2020 intimate as to both the depth and extent of emotional duress experienced throughout the population. Assuming that the level of stress and anxiety were felt more widely without such dire consequences seems secure. And that is at the root of the Great Reconsideration, from which in some part the hiring difficulties stem.

Jonathan Caballero made a startling discovery last year. At 27, his hair was thinning. The software developer realized that life was passing by too quickly as he was hunkered down at home in Hyattsville, Md. There was so much to do, so many places to see. Caballero envisioned a life in which he might end a workday with a swim instead of a long drive home. So when his employer began calling people back to the office part time, he balked at the 45-minute commute. He started looking for a job with better remote work options and quickly landed multiple offers. “I think the pandemic has changed my mindset in a way, like I really value my time now,” Caballero says.

Carol Tompkins’ weekdays used to look very different. Before the pandemic, the 38-year-old business-development consultant woke up around 0630[am], commuted to her job at an accounting software firm in London and worked 10-to-12 coffee-fuelled hours before going to bed after 0100[am]. “The pandemic helped me realise I was not as happy, fulfilled or healthy as I want to be,” says Tompkins. So, in the past nine months, Tompkins has halved her working hours, doubled her sleep, reduced her migraines – and even increased how much she accomplishes in a day.

Clearly, millions of others are reaching similar conclusions. A recent Prudential poll found that

Half of workers say that the pandemic has made them reevaluate their career goals and given them more control in deciding the direction of their career…Forty-eight percent are rethinking the type of job they want moving forward…What’s driving the talent migration? A quarter of workers (24%) are planning to look for a new job post-pandemic[.]

The reasons for seeking new employment include seeking a better work-life balance (38%), being tired of working on the same things (24%), and lack of learning opportunities (23%). Asked what they value in a job, respondents indicated stability (68%), work-life balance (62%), and a sense of purpose (50%) among others as “very important.” And while these may be long-expressed preferences, both the difficulty firms are having hiring people and widespread, voluntary quittings suggest that eighteen months of impulsive, disorienting pandemic policy making may be turning sentiment into action.

What has and is being observed may simply be a short-lived, emotional purgative that dissipates over time. Alternatively, a tectonic shift in views on the work-life balance, or more aptly toward the pursuit of a leisure-focused balance, may mark the acceleration of the Europeanization of the American workforce.

Neither of these will necessarily result in negative outcomes. American workers are, by some accounts, more productive than their counterparts elsewhere in the Western world; having said that, productivity is extremely difficult to measure. A move toward shorter workweeks, more time off, and other such changes doesn’t necessarily mean that overall productivity will decline, but that outcome is well within the scope of possibility. Because productivity is a major input into the prevailing standard of living–because increasing output per unit times tends to lead to both rising incomes and relative decreases in price level–the ramifications of this Great Reconsideration are worthy of close attention.

On the other hand, the Prudential poll indicates that 82% of respondents “support efforts by policymakers to encourage employers to offer job training to their employees” and “71% of workers want Congress to pursue policies that provide career training and development.” To the extent that, as part of their post-pandemic revelation, a growing portion of the workforce wants the government to either provide skill programs for workers or force employers to provide such, business owners and entrepreneurs may find themselves footing yet another expense.

(One implication is that the notion of people not employed after two years being labeled as “no longer seeking work” – a definition that incenses economists and economic watchers alike – may now carry a seed of truth.)

If not merely a cathartic response to the cessation of what has been a confusing, stressful, and financially challenging year-and-a-half for tens of millions, the Great Reconsideration of work, life, and self-actualization is likely to resonate vastly beyond the coming months. The net of the costs and benefits, as well as the minutiae of such changes in views towards work, will have to be assessed over time. And among other contexts, one within which it must be scrutinized is the weighty impact of unintended, while clearly foreseeable, consequences of stay-at-home orders, lockdowns, and other pandemic countermeasures.

This article, The Great Reconsideration, was originally published by the American Institute for Economic Research and appears here with permission. Please support their efforts.