The Great Inflation Debate Is Missing Why Inflation Matters 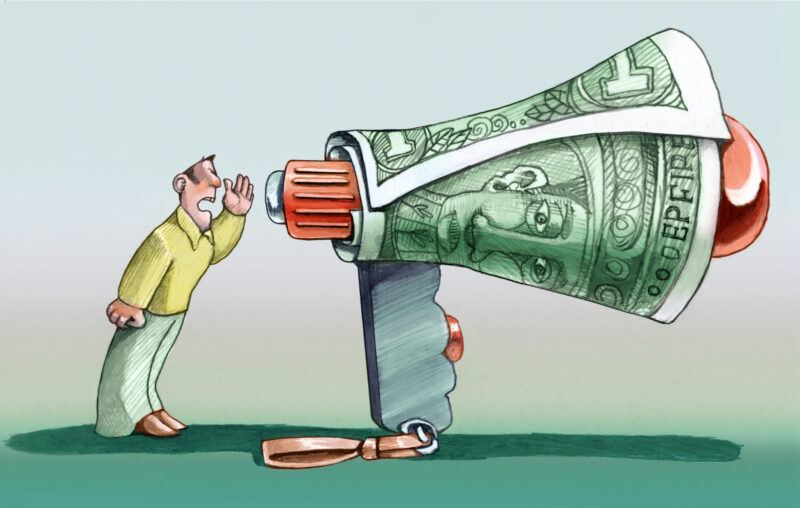 The battle between inflation hawks and doves is heating up. The year-over-year change in the Consumer Price Index is 5.4%, significantly above average. This figure, from the end of July, comes after several months of economy-wide price hikes. But does this portend high inflation for the foreseeable future? Or, will inflation come back down soon? Furthermore, what’s at stake in this debate?

At National Review’s Capital Matters page, Ramesh Ponnuru helpfully breaks down the differences between #TeamEndemic and #TeamTransitory. Like Ramesh, I’m #TeamTransitory. As supply-side bottlenecks continue to ease, production will pick up and prices will slow their rate of increase. The Fed is increasingly signaling that it will taper off its asset purchases, which complements supply-side disinflationary forces with demand-side disinflationary policy. Market forecasts of inflation years into the future also predict inflation falling back to levels closer to the historical average.

It’s understandable that people are starting to panic about inflation, especially workers who haven’t seen their wages keep pace with price growth elsewhere in the economy. Real (meaning inflation-adjusted) wages are indeed falling. But this won’t last forever. You usually can’t renegotiate wages as often as output prices, which is why nominal (meaning current-dollar valued) and real wages diverge in the short run. But once contract periods expire, workers should be able to bargain for compensation in the neighborhood of the value they add to the production process. Unless there have been permanent changes to labor productivity, inflationary reductions in real wages are temporary.

This is small consolation to those having a harder time making ends meet. They might feel like they’re being robbed. It’s important to realize, however, that the implicit redistribution taking place isn’t between workers and government. It’s between workers and employers. Higher-than-anticipated inflation means businesses are temporarily getting cheaper labor. Since final goods and services prices are rising, businesses are getting a windfall. The losses to workers probably balance the gains to employers, meaning there’s little if any inefficiency on net.

Government only makes money on inflation to the extent everyone in the economy continues to hold cash. If they diversify their wealth into other assets, the government won’t be able to transfer much purchasing power to itself by creating money. Economists call the revenues from money creation “seigniorage,” a throwback to when issuing money was the prerogative of the nobility (seigneurs). Whatever Uncle Sam is making in seigniorage, it pales in comparison to, say, federal tax revenues. If citizens are getting robbed, it isn’t by the Fed.

What’s worrisome about inflation isn’t its magnitude, but its predictability. The noisier the pricing process, the harder it is for producers and consumers to coordinate with each other. Here’s the real inefficiency from inflation: when it’s hard to forecast, we have to devote more resources to protecting ourselves against it. That means less wealth to enjoy in other ways.

Whether the purchasing power of the dollar is predictable depends on whether the central bank is rule-bound. The Fed isn’t. As mentioned, it does have an average inflation target, meaning it shoots for 2% inflation on average, over the long run. But this isn’t very reassuring. First, the rule is self-chosen, which means if push comes to shove, it’s unlikely to bind. Second, the Fed is giving itself leeway to make mistakes today by promising to make up for mistakes tomorrow. This is only beneficial if the Fed is a competent monetary manager. For anyone who’s been paying attention to monetary policy in the 21st century, “competent” isn’t among the list of adjectives that plausibly describes the Fed.

The public debate over inflation is a great opportunity to focus on what really matters: subjecting monetary policymakers to the rule of law. Unfortunately, we’re currently squandering that opportunity to repeat pop-macroeconomic fallacies. We should care about inflation, but for very different reasons than you’ll hear from the “man on the street,” or economic and financial journalists, for that matter. Policy outcomes, such as inflation, vary from quarter to quarter. Rules and processes are enduring. Let’s talk more about the latter and less about the former.

This article, The Great Inflation Debate Is Missing Why Inflation Matters, was originally published by the American Institute for Economic Research and appears here with permission. Please support their efforts.