The Great Barrington Declaration One Year On 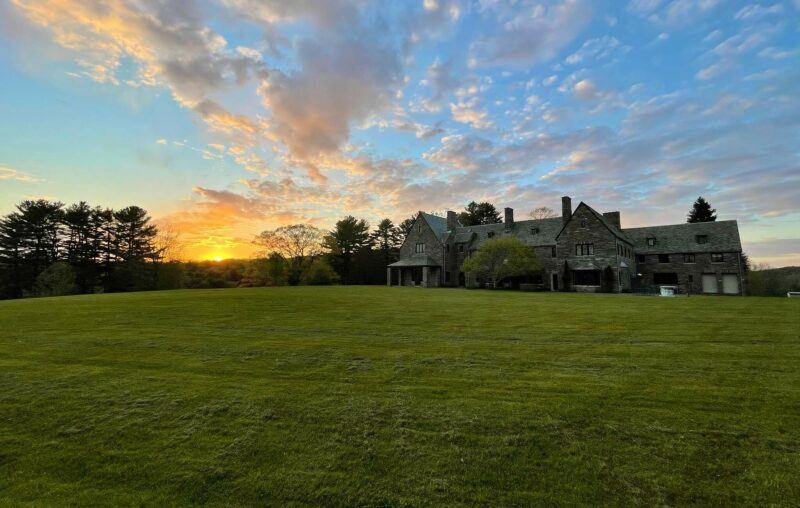 From October 2-4, 2020, the American Institute for Economic Research hosted a small conference for scientists to discuss the harms of the Covid-19 lockdowns, and maybe hint at a path back to normal life. Organized by Martin Kulldorff, Sunetra Gupta, and Jay Bhattacharya, the conference made a scientific case for shifting away from the heavy-handed lockdowns of the initial Spring 2020 outbreak. On their final day together in Great Barrington, the scientists wrote a short statement of principles, calling it the Great Barrington Declaration. This Declaration, their Declaration, touched a nerve well beyond the scientific community, and well beyond anything they or AIER could have expected. So here we are, a year later. Where do we stand?

The aim that our guests had in offering the Great Barrington Declaration was to spark scientific dialogue that had been missing from the lockdown discussions until that point. It was AIER’s goal to facilitate this dialogue. The Declaration was a success in bringing, for the first time since the pandemic started, an anti-lockdown voice to mainstream policy discussion. The signatories’ stance was generally in line with the pre-pandemic plans that many, if not most mainstream authorities, (the World Health Organization, the epidemiology center at Johns Hopkins University, and the Centers for Disease Control to name just three) held. People tend to forget what the pre-2020 conventional wisdom on pandemics even was.

As successful as we think the Great Barrington Declaration was, it failed in a number of respects as well. We did not, for example, anticipate the vilification the Declaration would receive from any number of people, ranging from the progressive left to self-described libertarians.

Immediately after the website launched, it was hit by a hoax signature campaign instigated on Twitter by pro-lockdown journalist Nafeez Ahmed. Most of the fake signatures were caught within hours and removed, but not before a hostile news media used them to manufacture a false story about their own self-created controversy over signatures from “Dr. Johnny Bananas” and similar easily-caught pseudonyms.

Not to be outdone by his first stunt, Ahmed also let loose what can only be called a flurry of increasingly unhinged conspiracy theories, falsely alleging that the GBD was somehow financially orchestrated by the Koch brothers, the British Ministry of Defence, and even a resort hotel property in Wales. Although Ahmed has a long history of conspiracy theorizing including the promotion of kooky claims about a controlled demolition bringing down the Twin Towers on 9/11, his ravings about the GBD were credulously adopted and shared by prominent scientists, journalists, and any number of other people who should have known better. (For the record, AIER received $68,000 in Koch funding over the last ten years. And that sum was used entirely to offset the costs of a single economics conference in 2017, with no links whatsoever to the GBD). It’s much easier to demonize an opponent by accusing them of being on the payroll of “dark money” than it is to engage their arguments on a substantive and scientific evidentiary basis.

The Declaration even came under attack from a targeted propaganda campaign at the highest levels of the British government. Jeremy Farrar, the director of the Wellcome Trust and a pro-lockdown advisor to the UK’s SAGE committee, revealed as much in a recent book about the pandemic. Per Farrar’s account, Dominic Cummings – then serving as chief advisor to UK Prime Minister Boris Johnson – announced that he would orchestrate “an aggressive press campaign against those behind the Great Barrington Declaration and to others opposed to blanket Covid-19 restrictions,” seeking to discredit any scientist who questioned the wisdom of his government’s lockdown strategy.

In a broader and more basic sense, the Declaration was written during a period of deep uncertainty. No one really knew what the correct Covid answers were, but the signatories followed the evidence as it emerged. Most importantly, no one had any way of knowing that vaccines were so close to being available to the public. And while the specific strategies of last fall and winter might well have been different had the signatories known what we know now, everything they wrote was compatible with the anti-lockdown message at the heart of the Declaration.

So how well did the lockdowns perform in practice? Given the intense criticisms leveled at the GBD, one might be inclined to think they worked rather well.

But they didn’t. Not by a long shot.

First consider how the lockdowners have continuously shifted their accounts of the very same policies they advocated. In the weeks that followed the GBD, its critics crafted a well-honed and widely repeated message. Lockdowns, they insisted, were already a relic of the past – perhaps a suitable strategy for the uncertainties of spring 2020’s “first wave,” but no longer a serious consideration given what we came to know about the virus. When the GBD questioned the efficacy of lockdowns, they insisted, it was arguing against a “strawman.”

“The kind of lockdown that the Great Barrington Declaration seems to be railing against hasn’t been in place in the UK since mid-June,” read one retort in UK Wired Magazine only two days after the GBD website went live. “When the Great Barrington Declaration authors declare their opposition to lockdowns, they are quite literally arguing with the past.” Economist Tyler Cowen echoed the charge in a Bloomberg column devoted to attacking the GBD on October 15, 2020: “The critics who emphasize lockdowns are setting up a straw man,” he wrote. “What they’re trying to do is talk us into something more dangerous than what we ought to accept. The truth is that lockdowns are extremely unpopular, and while they may have to be reimposed in extreme circumstances, they are not the main alternative on the table in the U.S. right now.”

After a year and a half or so of lockdowns, we can safely dismiss this response. Less than a month later, the UK returned to full lockdown. Dozens of other countries around the world followed suit in mid-November. When cases spiked again in the United States over the winter, several states reimposed these very same “strawman” lockdown policies that the GBD’s critics dismissed with a wave of their hands in mid-October.

Not that any of them would ever admit as much now. Quite the contrary, by early 2021 many of the same scientific commentators and epidemiologists who deployed the “strawman” line against the GBD the previous October had taken to revising the history of their own arguments and claims. One new conspiracy theory even faulted the GBD’s authors for allegedly delaying the reimposition of another UK lockdown by a few weeks the previous fall. In October 2020, British epidemiologist Deepti Gurdasani dismissed the GBD’s warnings about renewed lockdowns as “a strawman that the science is not only not advocating for, but very keen to avoid.” By January 2021 she not only claimed to have supported a “circuit breaker” lockdown as early as the previous September – she also blamed the GBD authors for impeding its adoption.

Yes, you read that right. Lockdowns were just a “strawman” that nobody was seriously pushing for at the time the GBD was signed, but the GBD was also somehow responsible for delaying the reimposition of the very same lockdowns that nobody – allegedly – wanted. Clearly, certain scientists were being less-than-forthright about their intentions to lock down again in the fall of 2020. But rather than admit these errors, they turned to scapegoating the one document that correctly diagnosed their intentions.

More pro-lockdown epidemiologists seemed inclined to grasp the central theme of the badly misnamed John Snow Memorandum in the Lancet – drafted in direct response to the GBD. This petition, co-organized by Gurdasani and other pro-lockdown scientists, predictably claimed that drastic nonpharmaceutical measures such as business closures and shelter-in-place orders had a large effect on reducing Covid transmission in the spring and summer of 2020. Recent data indicate that this statement is overblown, and common sense should have researchers looking for the tradeoffs that have to be made in these sorts of large-scale public policies. Be that as it may, the Snow Memorandum was built upon unreliable pro-lockdown studies out of Imperial College-London that have since been discredited.

Another major claim of the Snow Memorandum – that naturally acquired immunity was not robust and Covid-19 reinfections among recovered patients could become widespread – turned out to be incorrect. The best evidence we now have suggests that naturally acquired immunity is very robust. To date, neither the Snow Memorandum authors nor the Lancet have issued an appropriate correction to their erroneous claim.

Most importantly, the main epidemiology model driving the world’s Covid-19 response performed disastrously at predicting the actual course of the disease. In March 2020, Neil Ferguson’s epidemiology team at Imperial College-London published mortality projections for 189 different countries, based on an array of model scenarios. They missed every single projection at the 1-year mark in 189 out of 189 countries, in both their “do nothing” and “mitigation” scenarios, as well as in 170 out of 189 countries in their most extreme “suppression” scenario – a policy response that no country on earth adopted.

That Ferguson’s model could be so completely wrong, and yet remain so influential is itself astonishing. But when we learned that Neil Ferguson himself was found to be violating the lockdown order that he had a decisive hand in creating, everyone should have realized that something fishy was afoot.

The last vestige of the lockdown policy, Zero Covid, has been an unmitigated disaster. Indeed, New Zealand and Australia tried and failed to stop the virus with extremely aggressive lockdowns in August/September 2021, and are now set to abandon the ham-fisted policies altogether. And while these terrible policies might well be relegated to the ash heap of history, the memory of menacing, black-clad stormtroopers marching through the streets of Melbourne, asking people why they were out of doors, will remain.

So through it all, what have we learned and what should come next? First, vaccines have been a game changer, and will continue to be so. A forthcoming Covid-19 treatment pill from Merck might well be even bigger. And there are certainly other treatments coming that we don’t know about yet, that will only emerge through the innovative processes of scientific discovery.

Also unknown at present are the costs of the lockdowns. These will be felt for years, if not decades, and will go well beyond lost wages. What will all those foregone cancer screenings mean, in the end? What about all those people who suffered mental health crises as they were confined to their homes alone? What about substance abuse costs? And what of the various financial catastrophes that so many people suffered?

The benefits of the lockdowns are still ambiguous at best, this after a year and a half. We still have no clear empirical evidence that they delivered anything close to what they promised. But because science has been so completely politicized, it will take years longer to arrive at the truth than would have otherwise been the case. Here, we are left to offer advice with a nearly 2,500-year track record: First, do no harm.

This article, The Great Barrington Declaration One Year On, was originally published by the American Institute for Economic Research and appears here with permission. Please support their efforts.