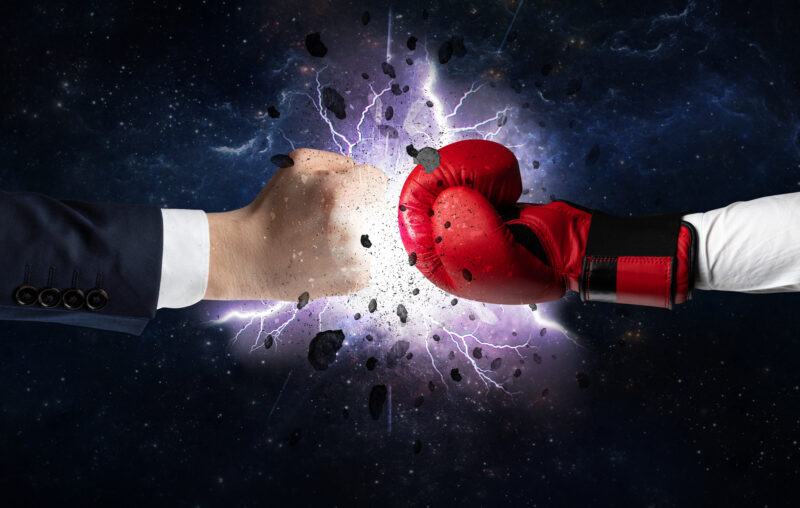 In my previous column I promised that today’s column would continue a discussion of vaccine passports. Alas, I’m breaking that promise in order to promote a different cause, one whose urgency was raised, at least from my vantage point, in the past week. The cause is the fight against ad hominem argumentation, and specifically, the use of such argumentation to disparage AIER generally and, specifically, the Great Barrington Declaration.

Loosely, the Latin phrase ad hominem translates as “to the man.” And according to the Oxford English Dictionary, the adjective “ad hominem” – as in “That’s an ad hominem argument” – is an argument or reaction “directed against a person rather than the position they are maintaining.”

Every semester near the start of my Principles of Microeconomics course I identify six logical fallacies that occur with great frequency in discussions of economics and economic policy. The ad hominem fallacy is among these six. (The other five are [1] the post hoc, ergo propter hoc fallacy; [2] the naturalistic fallacy; [3] what Matt Ridley calls the “reverse naturalistic fallacy;” [4] the fallacy of confusing the mean or median of a group with any individual in the group; and [5] the fallacy of composition.) I perform this exercise in order to warn students both to avoid committing these fallacies themselves, and to avoid being misled by these fallacies when  these are committed by others.

While always widely used, ad hominem argumentation has seemingly become not only acceptable, but de rigueur, in arguments used by pro-lockdowners and anti-anti-lockdowners.

Not surprisingly, although no less unfortunately, AIER has been bombarded of late by ad hominem attacks. I say “not surprisingly” because no organization has been as visibly out in front as has AIER in challenging lockdowns in particular, and the hysteria over Covid-19 more generally. Politicians, government officials, and pundits who are committed to lockdowns and to opposing us anti-lockdowners – politicians, government officials, and pundits who seem to wish to keep people as sheeple – are angry at AIER’s unrelenting exposure of the countless exaggerations, half-truths, and outright lies about lockdowns, mask mandates, school closures, and Covid’s dangers.

But of course the single most significant of AIER’s efforts is the Great Barrington Declaration.

AIER arranged for the October 2020 meeting that led to this document’s drafting, and the Declaration is hosted on a website maintained by AIER. It’s important to note, however, that no AIER personnel – no board member, columnist, intern, accountant, receptionist, or groundskeeper – played any role in writing this document. The Declaration is co-written by Prof. Jay Bhattacharya of the Stanford medical school, Prof. Sunetra Gupta, a theoretical epidemiologist at Oxford University, and Prof. Martin Kulldorff of the Harvard medical school.

Science Is a Human Enterprise

Science is carried out by non-omniscient human beings who seek greater knowledge and understanding through trial-and-error processes unobstructed by dogma. Hypotheses are offered and then tested as best as is humanly possible with logic, against the data, and against competing hypotheses. Less-successful hypotheses are replaced by more-successful ones. Thus does science advance.

The results are never perfect. Error is inseparable from trial and error. A scientist who makes a faulty prediction no more thereby becomes an unreliable scientist than does a baseball pitcher become an unreliable pitcher merely by walking a batter or by giving up a grand slam. Just as what matters for assessing the quality of a baseball pitcher is his performance over many innings on the mound, what matters for assessing someone’s quality as a scientist is that person’s performance over many years in the lab, at the observatory, or at wherever a particular scientist does his or her work.

Obviously, a scientist with a record of making an unusually large number of poor predictions rightly loses credibility, especially relative to scientists with better track records. And because time and effort are scarce, it’s legitimate to screen out of consideration claims made by scientists with poor reputations. Such a screening process is not ad hominem; it’s a useful rule of thumb.

What’s not legitimate is to attempt to discredit an esteemed scientist on the basis of one or a handful of poor predictions. Even less legitimate is the attempt to discredit a substantive piece of work by an esteemed scientist – a piece of work that can be judged on its own merits – by pointing to one or a handful of that scientist’s poor predictions.

The irony in this sort of logically fallacious argumentation is that those who engage in it put their own credibility as scientists in jeopardy. Making predictions that turn out to be faulty is a legitimate and unavoidable feature of the scientific process; ad hominem argumentation is not.

It’s notable that those who are quick to disparage the Great Barrington Declaration by pointing to some faulty predictions made by its co-authors do not hold pro-lockdown scientists to the same exacting standards. Anthony Fauci in 1983, writing about AIDS, suggested (as quoted by Phil Magness) “the possibility that routine close contact, as within a family household, can spread the disease.” Is Fauci’s penning of this claim – known now (but not then) to be a howler – sufficient to discredit him as a scientist?

In various years in the early 2000s Ferguson predicted up to 136,000 deaths from mad cow disease, 200 million from bird flu and 65,000 from swine flu. The final death toll in each case was in the hundreds.

What logic leads anyone to continue to give credence to Fauci and Ferguson while simultaneously pointing to faulty predictions by, say, Prof. Gupta as a legitimate reason for dismissing the substance of the Great Barrington Declaration?

An even weaker argument against the Great Barrington Declaration is the observation that some people associated with AIER say, write, or tweet some things that other people find to be beyond the pale.

I don’t wish here to assess, and much less to defend, everything ever said or written by everyone affiliated with AIER. Undoubtedly, were I to survey it all I’d find much with which I disagree. But the same is true for every organization under the moon and stars.

Of relevance here is the irrelevance to the merits of the Great Barrington Declaration of what AIER associates Mr. X and Ms. Y said or tweeted.

Had the Great Barrington Declaration been penned by individuals known chiefly for their membership in the Libertarian Party, by Fox News interns, or by Miss Grundy’s sixth graders as a class project, dismissing it merely by pointing to the identities and affiliations of its authors would be acceptable. But this Declaration is co-authored by world-renowned scientists, each of whom is expert in the public-health challenges presented by Covid-19. Furthermore, this Declaration has been endorsed by a large number of other credible scientists. Under these circumstances, ad hominem dismissals of the Declaration simply carry no credibility.

Substantively criticizing parts or the whole of the Great Barrington Declaration is legitimate. Indeed, such criticism is welcome; it’s part of the scientific process. But in far too many cases people dismiss the Declaration with nothing more than ad hominem assertions and attempts to establish guilt by association. The conclusion that I draw from these sorts of dismissals is that those who offer them actually have no substantive criticism of the Declaration. After all, because substantive criticisms would carry more weight even with Miss Grundy’s sixth graders, anyone with such criticisms to offer would present them front and center rather than resort to ad hominem argumentation.

The greatest compliment paid to the Great Barrington Declaration, therefore, is one wholly unintended: Many of its staunchest opponents offer against it nothing beyond ad hominem attacks and accusations of guilt by association. This Declaration must indeed be powerful!

This article, The Great Barrington Declaration and Ad Hominem Argumentation, was originally published by the American Institute for Economic Research and appears here with permission. Please support their efforts.