The Gospel of a 99% Consensus 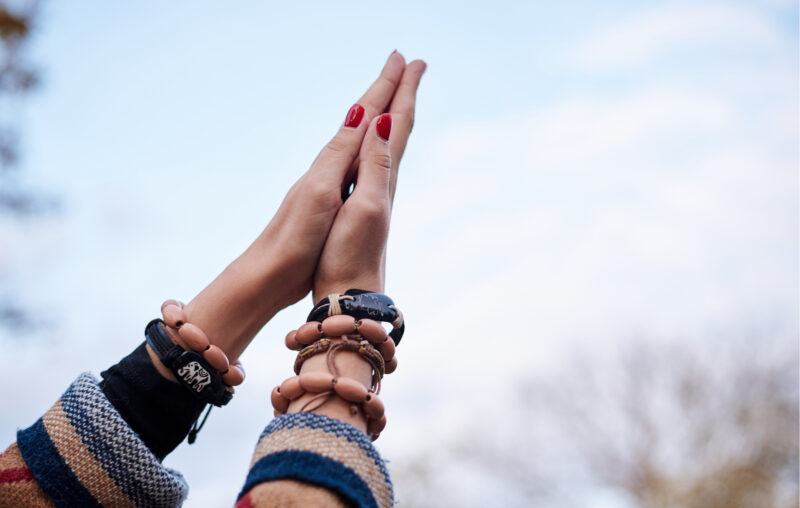 The time of divine revelation as the path to knowledge and truth is behind us, at least in the Western world. The scientific revolution saw to that. Be that as it may, many people still equate truth with whatever strong beliefs they hold.

I am sure you have heard that 97% of scientists agree — human activity is the main cause of changing climate. Even President Obama preached this message. A famous study published in 2013 has helped to entrench this idea in the popular mind. A team led by John Cook examined the literature and concluded that the scientific consensus on the human origins of climate change is beyond doubt.

Some researchers and commentators, however, have discredited Cook’s methods, especially his interpretation of data. First, Cook’s team counted papers that explicitly acknowledged human influence on global warming, but did not discuss its magnitude at all. Additionally, their analysis included research which expressed no position on the impact humans have on climate, but Cook thought it was implied. David Henderson has demonstrated that if those groups were excluded, the percentage of studies that declare “the main cause is humans is, drum roll please: 1.6%.”

Continuing in the same vein, on October 19, 2021, Mark Lynas, Benjamin Houlton, and Simon Perry published a new study on the scientific consensus on human-caused climate change. This time, the revelation is even more striking — it is over 99%!

Here is how they evaluate the scientific literature:

So, if scientists examine the effects of changing climate, but do not attend to its causes, or if scientists refer to future emissions scenarios, regardless of what conclusions about those scenarios they draw, or even if scientists simply fail to explicitly reject the popular conclusion in the abstract of the paper — to Lynas’s company all of that counts as “consensus.” Mental gymnastics like these have long been a detriment to science, especially in a world dominated by religion.

The 17th century English philosopher Francis Bacon criticized scientists for their tendency to twist evidence and squeeze it into preconceived conclusions. In his Novum Organum Bacon said:

And then, if any new particulars and examples were brought forward which would conflict with their opinions, they subtly fitted them into their system by distinctions or explanations of their rules, or else crudely removed them by provisos [i.e., by adding certain limiting clauses to their laws]; while for any particulars that were not conflicting, they laboured long and hard to find causes that agreed with their principles.

For example, after the discovery of the New World, thinkers had to deal with growing amounts of information about new plants and animals. They were honest enough to notice that all of those diverse species could not have conceivably fit in Noah’s Ark or dispersed from it to the distant continents in the observable patterns. But the tale of the flood must have been saved at all costs! To explain the waves of new evidence, some scholars introduced the idea that Noah’s Deluge was a regional rather than global event. Others tried to save the story by introducing the second Garden of Eden in the New World, from which Adam and Eve were miraculously transferred to the one in the Old World. In other words, the conclusion was predetermined, what was left was only the details.

Bacon was not only shrewd enough to recognize the lack of scientific method and the zeal to defend popular, entrenched opinions before and during his time, but also to identify problems that are still so relevant today. Although we have progressed from explicit pleas for mystical texts and fairytales as explanations of nature or fact, the same type of religious appeal to established opinion or authority is still very much present.

At first, Lynas and his coauthors dubiously judged the majority of the surveyed abstracts to support their conclusion about the consensus that human activity is the primary cause of changing climate. But at the end of the paper, out of the blue, they throw an even more stunning verdict at us. They write, “Our study helps confirm that there is no remaining scientific uncertainty about the urgency and gravity of” the task to mitigate “future warming” through “urgent efforts to eliminate fossil fuels combustion and other major sources of anthropogenic greenhouse gas emissions” [emphasis mine]. There was, however, absolutely nothing in their study to confirm any of this.

Observe that engaging in wordplay to support a preconceived conclusion and preaching unexplained revelations pass as science. Questioning the methods and results, however, or pointing out that cheap, reliable, and plentiful energy is the key to development, that fossil fuel-run machines made humans more safe from the climate rather than endangered by it, or that the crackdown on fossil fuels will bring disaster, are modern types of heresy. Thus it is not surprising to see an array of messiahs, from honestly concerned activists to self-righteous politicians, gather in their congregations, prophesize doomsday, and come up with their genocidal plans to banish all evil, that is, reliable energy — the blood of modern, long, and prosperous life — in the name of the revealed “truth.”

This article, The Gospel of a 99% Consensus, was originally published by the American Institute for Economic Research and appears here with permission. Please support their efforts.