The Free World Died of Covid-19 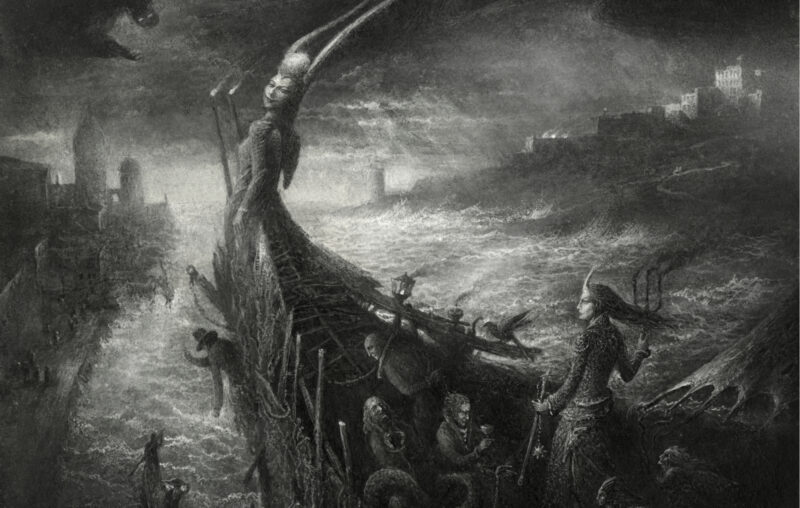 As someone with a background in foreign policy and international affairs, I am often asked to discuss the ramifications of having Joe Biden as the so-called leader of the Free World.

While it is easy to get carried away debating the merits of a heavily compromised man being the physical representation of the Free World, and how cringeworthy and depressing that is, I can’t help but get stuck on the possibility that the term itself is no longer viable.

The Free World is a term that was originally used to describe the Allied powers during WWII, but it is most applicable here when discussing what united the anti-Soviet bloc to the United States during the Cold War. It was these “Western world” values of free speech, free media, the freedom of assembly, and freedom of association that united our sovereign states against the evils of Communism.

COVID Mania has turned the world’s sovereign states into one tyranny after another. And the authoritarian forces of the world won this second “Cold War” against its citizens without firing a shot. Some appear to be under the impression that the ruling class, which just finished the fastest rollup of power in human history, will simply return these stolen liberties when the “national emergency” comes to an end. I’m not particularly convinced that this is the case.

As John Adams once said, “But a Constitution of Government once changed from Freedom, can never be restored. Liberty, once lost, is lost forever.”

In the United States, our federalist system allows for pockets of freedom in places like Florida, Texas, South Dakota and the like. But dare to protest in the Nation’s Capital today and you’ll quickly find yourself on an FBI watchlist, and almost certainly, with a future date in our nation’s kangaroo court system. We continue to see authoritarian states implementing “vaccine passports” and other discriminatory measures in the name of a virus. Throughout most population centers in the United States, there are still heavy “Covid restrictions” on society and the economy. Our nation is no longer united behind these “Free World” concepts, and they are now only considered virtuous ideas in the aforementioned pockets of freedom in America. In the rest of the country, it has been made crystal clear that your rights do not supersede a disease with a 99.8% recovery rate.

Now observe the devastation in the rest of the Anglosphere:

The United Kingdom has placed its citizens under indefinite confinement. Their “Covid restrictions” have lasted well over a year, and there is no end in sight.

Canada, which has also been under a strict lockdown for over a year, has mutilated the free press while simultaneously transforming into a Chinese state colony. Under the “leadership” of Justin Trudeau, Canada has essentially outlawed freedom of movement, free speech, freedom of religion, and freedom of assembly in the name of a virus.

After the Christians tore down the fence that the government had built around the Edmonton church, the police sent in 200 heavily-armed riot police. That’s the church building you see there. This is China stuff, Iran stuff. But it’s happening in Canada. pic.twitter.com/jYs8E1oXGh

New Zealand, another nation that is cozying up to Beijing, is committed to a “Zero Covid” self-siege that has blockaded the island nation from the world for over a year. Citizens who test positive for Covid-19 are forcibly sent to quarantine camps. The government has recently considered legislation punishing people for the act of acquiring Covid-19.

We told you. We TOLD you.

If you give a tyrant an inch, they will take a mile.

New Zealand has announced "quarantine camps" where people can be forcibly relocated. pic.twitter.com/XrcigHHDKD

States in Australia have implemented some of the most intrusive lockdowns in the world. In Victoria, lockdowns meant citizens were only allowed to leave their homes for one hour a day, and they were not allowed to travel outside of a certain radius from their homes. The act of protesting is illegal, and it will be met by riot police.

Victoria has recorded one new local case of COVID-19 as it begins a stint of at least five days in lockdown. https://t.co/ssbRglnzos

As for other NATO members, and other bumper sticker-labeled liberal democracies in the “Free World,” actual freedoms remain difficult to identify. Germany, France, and Italy just entered another round of rights-restricting lockdowns, and countless more “Free World” nations continue chipping away at personal freedoms.

German Chancellor Angela Merkel’s coalition has drafted legislation that would shift the power to impose COVID-19 restrictions to the federal government from regional leaders to combat a surge in infections.https://t.co/eMkYLC7kAM

Making things all the more confusing (and eye opening), people living in countries long considered adversarial, authoritarian nations (like Russia, China, Belarus, etc) are enjoying more freedoms than your average citizen in the West. Belarus never implemented lockdowns. Russians have treated their restrictions in a very lax manner. China has been open for well over a year.

After months of protests and a year of pandemic, Lukashenko held "a ball for the youth" last night in Minsk. Unreal. pic.twitter.com/iJUwV61Rom

The Western values that some of us hold near and dear to our hearts are not shared by our ruling class. The Free World, as a united force, was indeed very sick for the better part of the 21st century, but it has finally died from Covid-19. The concept only lives on in our imaginations and memories. The Covid era has exposed that these values that supposedly united the West are nothing more than a facade.

However, there are reasons for optimism. There are millions and millions of us who have witnessed the atrocities committed by governments over the course of the past year, and have become “red-pilled” to the threat posed by these authoritarian forces. Like-minded people can and will build a new coalition that stands behind our unalienable rights. Whether that comes in the form of an alliance of nation states or a more independent movement of citizens around the world remains to be seen. The demand for the recognition of basic human freedoms will soon become too obvious to ignore. There are many paths for a new Free World to emerge, but for now, the old Free World as a uniting force for Western values is a relic of history.

Reprinted from the author’s blog

This article, The Free World Died of Covid-19, was originally published by the American Institute for Economic Research and appears here with permission. Please support their efforts.

The Wall Street Journal: How Russians crushed the Tokyo Olympics under an alias