The Folly of Debt Cancellation 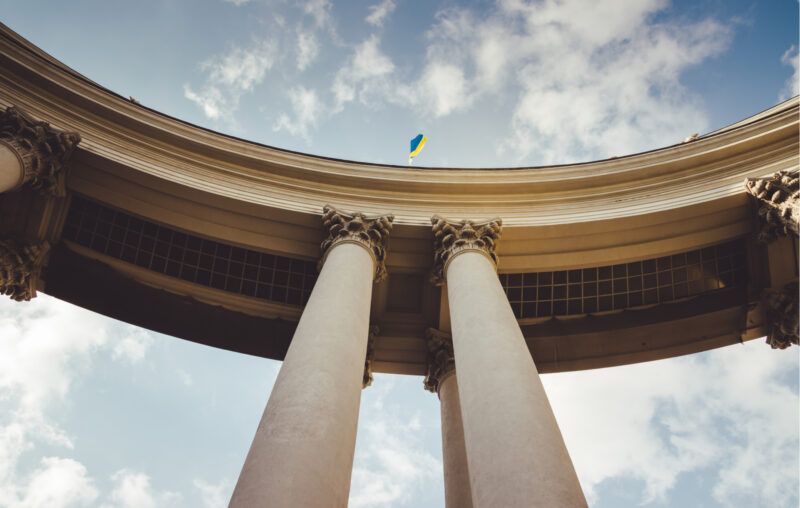 It is now two-and-a-half months since Russia invaded Ukraine. With Russia’s failure to take Kyiv, an international flow of weapons streaming into the hands of Ukraine’s military forces, and losses mounting on both sides, the probability of a prolonged conflict is increasing. Economic costs are already staggering on both sides, considering the expenses of modern warfare and the interruption of trade. Russia, on top of that, has been hit by the most punishing raft of sanctions and penalties on record. Ukraine’s economy is contracting rapidly, and its infrastructure will take years if not decades to rebuild.

At the start of the invasion in February 2022, Ukraine was a heavily indebted nation. Its $129 billion in external debt was a considerable financial burden before Russian tanks were rolling down highways. Now, with an invasion underway, the $14 billion scheduled to be paid back by the end of 2022 looks increasingly unlikely. Default, always within the realm of possibility, is becoming increasingly likely.

Accordingly, a handful of interests are now agitating that Ukraine’s creditors (which include intergovernmental organizations, governments, and private landers) either restructure, delay payment on, or cancel Ukraine’s outstanding debt outright. Each of those options introduces a degree of moral hazard. Each also presents trade-offs: between lenders and borrowers, public and private interests, and the allocation of resources in the present versus the future. But in any event, forgiveness of debt in part or whole tends to be an awful idea, regardless of the circumstances.

To the extent that creditors of heavily indebted nations are representative democracies like the United States, the idea that a government can lend taxpayer dollars only to summarily relieve debtors of their (voluntarily-incurred) obligation is anathema. Many will say that, for better or worse, once a government is in receipt of tax revenue, it may spend that money at its sole discretion. But erasing foreign debt amounts to a direct wealth transfer from US citizens to foreign states.

Worse yet are recommendations from activist groups that governments “protect” foreign debtors from private creditors within their borders. Typically the term “private creditor” refers to investment banks or other privately-owned financial institutions, including hedge funds. Whether that “protection” takes the form of a) governments pressuring banks to forgive debt outright, or b) governments paying private financial firms in lieu of what the debtor state would have remitted, there are costs.

In the former case, abrogating a private contract undermines private property rights and hinders the critical process of price discovery. In sovereign debt markets, a missed interest payment–while painful for the debtor, as defaults trigger higher borrowing costs and often result in an inability to access additional credit–typically results in a repricing of all debt in similar categories. That repricing sends signals to both lenders and borrowers in sovereign and other (corporate, municipal, etc.) debt markets which facilitate the reassessment of risk exposure and the consequent allocation of resources. In the latter case, a government “protecting” a debtor by paying a private firm in lieu is a gross misuse of taxpayer funds: here, not only protecting a foreign government, but offsetting the risk incurred by a private firm with taxpayer funds. And, as in the former case, withholding critical pricing information from debt markets.

Wiping away a sovereign debtor’s obligations, especially under circumstances such as in Ukraine, additionally creates the potential for perverse incentives. Unlikely though it is, a heavily indebted nation may, knowing of the possibility, instigate conflict to lobby for debt forgiveness in part or whole.

There is also an ideological angle to many of the debt relief/debt forgiveness proposals. Because debt restructurings are frequently tied to economic reform stipulations, including increased privatization requirements and reduced protectionism, full cancellation is viewed as preferable to accommodating “neoliberal” concessions. (This ties to other left views by which debt is fundamentally “illegitimate” or “predatory.”)

Instantaneously vacating foreign debt, regardless of the circumstances, would immediately contract the debt market. Some market participants would withdraw indefinitely; others would either scale back their lending activity or increase the cost of loans, lifting not only the price of incurring new debt but the interest rate on outstanding debt. The knock-on effects would impact many debtors and creditors, private firms as well as governments and the citizens of those nations.

William Easterly of New York University (and a former World Bank economist) wrote of the assertion that high levels of debt are responsible for increasing destitution in developing nations, necessitating cancellation. First, he notes that between 1980 and 1999 most developing nations for which debt service (interest payments) became difficult to bear simply received new loans, with “new lending … more than cover[ing] debt service payments on old loans.” Further, Easterly reminds advocates of debt cancellation that citizens of nations don’t owe other countries, their governments do. And economic hardship owes not to massive debt, but rather to policy choices. Just as incurring debt doesn’t create prosperity, wiping clean the slate of debt doesn’t foster economic growth, expand trade, increase efficiencies, or bring about increased productivity. With or without debt, prosperity is a matter of sound policies; subsidies, redistribution, and corruption are vastly more likely to create poverty than indebtedness in and of itself.

To proponents, debt cancellation promises a renewal. Implicit in the suggestion is that debt is essentially an imaginary construct or shared delusion which, once onerous, can be jettisoned without consequences. This is underhanded and economically disingenuous. In fact, a loan is capital, extended in contemplation of opportunity costs. A lender forgoes use of extended funds taking into account the expected interest payments received over the term of the loan, and finally repayment of principal. Impaired loans, defaults, and restructurings induce repricings, which in turn spur reassessments on the part of creditors and debtors. The credibility of market participants, as well as the information content of interest rates, risk premia, and other prices in debt markets, requires the consummation of bona fide transactions.

So what can be done? For nations already encumbered by debt, whether relative to GDP or by some other measure, there is always renegotiation. Debt restructurings, though, are no panacea. They tend to result in short-term relief for beleaguered borrowers, but often only delay the inevitable. Only sound and timely economic policy choices pave the way for growth. And the nuclear option, repudiation/default, brings losses for all involved. While private firms may choose to lend to states of questionable creditworthiness at their own risk, governments would be better off staying out of the business of lending taxpayer funds to other nations. If already outstanding, whether the debtor is under duress or simply obstinate, the terms of the debt agreement should be held sacrosanct. Discharging foreign debt undermines financial institutions, distorts prices, redistributes resources, and impairs the integrity of all parties. It also risks becoming the default practice, as political choices undertaken under exigent circumstances all too frequently do.

This article, The Folly of Debt Cancellation, was originally published by the American Institute for Economic Research and appears here with permission. Please support their efforts.

You Need Mental Strength To Launch A Successful Side Hustle