The Fed is Responsible for Great Inflations 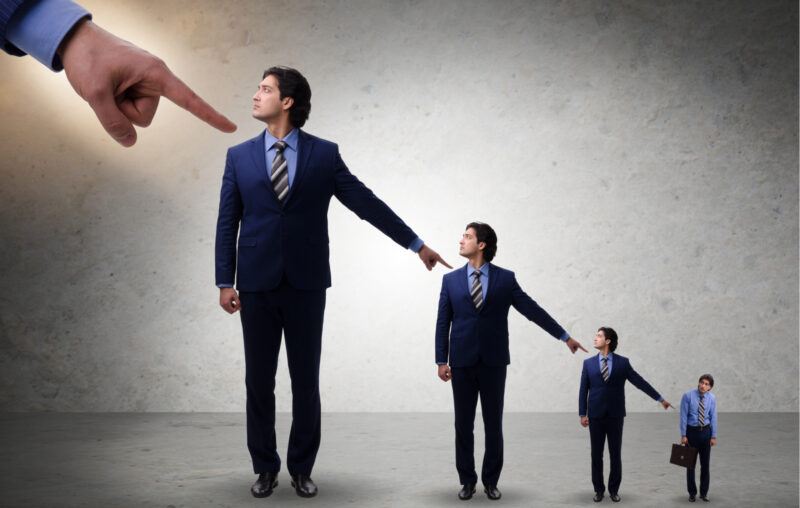 Inflation is surging at a 40-year high of 8.5 percent. While policymakers cast about for villains to blame, the true culprit is the Federal Reserve. By failing to stabilize nominal spending, the Fed has transformed a moderate and transitory inflation into a new Great Inflation.

Fed officials have yet to acknowledge their own contribution to today’s high inflation. Chairman Jerome Powell’s statements suggest that supply shocks arising from COVID-19 and the war in Ukraine are the sole cause, rather than the Fed’s poor policies. Yet US inflation rates are running several points higher than most European countries, which have been hit harder by these negative shocks. This indicates that much of the US inflation is policy-driven—an inflation of choice, not of mere circumstances.

Today’s Great Inflation has much in common with the Great Inflation of the 1970s, when Arthur Burns was chairman of the Fed. Whereas Powell blames the pandemic and the Russian invasion of Ukraine, Burns blamed that era’s inflation on monopolies, unions, and oil supply shocks. Unconvinced that his own monetary policy was driving inflation, Burns called for non-monetary cures to fight it. The consequences, as we know, were disastrous.

A sustained inflation practically requires a rapid increase in nominal spending growth which the Fed fails to offset with contractionary monetary policy. A negative supply shock, on the other hand, causes a one-time increase in the price level, not a sustained inflation. Prices temporarily rise to reflect the reduced supply of goods and services, but total nominal spending in the economy is unaffected. Except in the unlikely event that supply disturbances progressively worsen, the inflationary pressure eventually ebbs.

Today’s inflation, like that seen in the 1970s, is not primarily the result of negative supply shocks. We have experienced some nasty supply disturbances, to be sure. But prices have not come back down as those supply disturbances eased and output returned to normal. Today’s inflation continues to build, just as it did in the 1970s. Remaining supply chain shortages might explain why the prices of some goods, like food and energy, are higher than the prices of other goods. But they cannot explain why the overall rate of inflation is high.

When Paul Volcker replaced Burns as Chairman in 1979, the Fed finally accepted responsibility for high inflation. Inflation rates tumbled, but not until a painful recession with sky-high interest rates signaled that Volcker and the Fed were serious about monetary restraint. When inflation finally stabilized around 3 percent, and pro-growth fiscal policies were adopted, production took off. The US rode a 25-year wave of innovation and rising living standards.

The Great Recession of 2007-2009 put an end to this golden era of price stability. When nominal spending collapsed in 2008, the Fed responded by increasing the monetary base. However, its new policy of paying interest on reserves prevented the new money from flowing into consumers’ pockets, from which it would ultimately be spent. The Fed’s monumental expansion of the monetary base failed to boost nominal spending—and the consequences were devastating.

It now seems that the Fed learned the wrong lesson from the Great Recession. It should have learned the importance of stabilizing nominal spending. Instead, the Fed appears to have concluded that it need not ever worry about nominal spending growing too rapidly.

In 2020, when COVID lockdowns triggered a steep recession and unemployment climbed to 14 percent, incomes fell and nominal spending cratered. Powell’s Fed took appropriate steps to offset the collapse in nominal spending by flooding the economy with new money early in the pandemic. As the economy rapidly recovered, though, people opened their wallets and nominal spending surged, growing at its fastest pace in 40 years. The Fed should have reduced the growth rate of money to counteract the faster pace of nominal spending. It failed to do so, which is why inflation is still rising today.

It’s time the Fed accepts responsibility and moves decisively to curb inflation before the problem gets even worse. Volcker’s Fed whipped inflation, and Powell’s Fed can, too. This will ultimately require getting nominal spending under control. But the first step is to acknowledge that excessive nominal spending growth—not adverse supply shocks—is the primary reason why inflation is so high today.

This article, The Fed is Responsible for Great Inflations, was originally published by the American Institute for Economic Research and appears here with permission. Please support their efforts.