The False Promise of Sanctions and Isolation 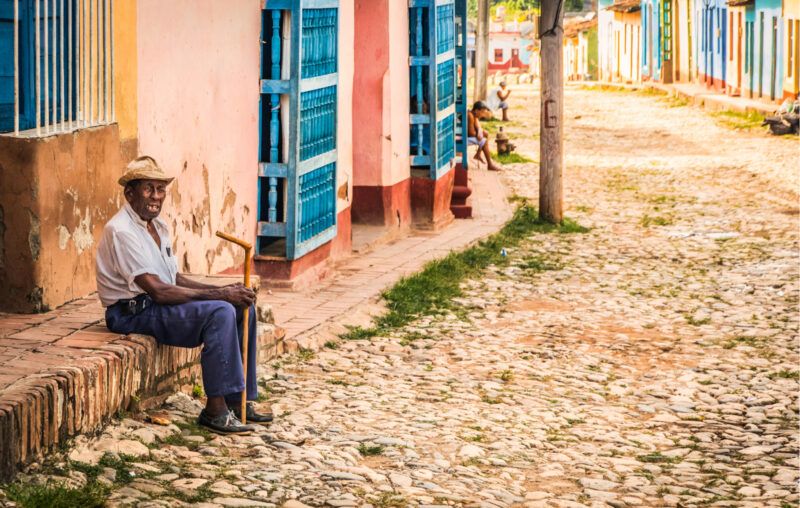 The American appetite for war and conflict has greatly deteriorated for good reason. For many citizens, the United States has been at war for most of their lives; those born in the 21st century will have never lived through a time of peace. It has come at a cost of not only our blood and treasure but our standing in the world. In many cases, US military intervention has destabilized societies while sowing the seeds for more bloodshed and vitriol. The stupidity of war is an easy concept to understand, especially now. However, it seems like the Washington establishment has yet to learn that economic warfare can be just as counterproductive, even though it may be aesthetically more palatable. Economic sanctions intended to punish authoritarian regimes have not only wielded few positive results but further sour relations while making the world a poorer place. Although the United States certainly has a strong role to play in global leadership, such a role must be characterized by diplomacy and restraint. Such an approach is not only theoretically sound, but it is the only logical choice after decades of unproductive belligerence on the world stage.

The Futility of Sanctions

Today there is much talk about lifting the embargo on Cuba as protests against its repressive Communist regime surge. Rogue states like North Korea and Iran have been under unilateral sanctions from the United States for almost their entire existence. This is not to say that their oppressive regimes are not by far the main reason for the miserable living conditions of their citizens. However, US trade and engagement restrictions have failed to accomplish their policy objectives, whether that be regime change or denuclearization. They have also made everyone else poorer in the process while closing off diplomatic opportunities. In fact, a report from the Cato Institute suggests that sanctions are mostly a political tool employed by politicians to drum up popular support at home while the costs are paid abroad. They explain,

“American policymakers show little interest in the empirical research on sanctions and they often do not supplement trade restrictions with diplomatic efforts that can help achieve a bargain. In contrast, sanctions make sense from the perspective of domestic politics and political psychology. They provide a middle ground between military force and doing nothing and are unlikely to cause a domestic backlash because the damage they inflict is indirect and largely unobserved.”

The general logic of economic sanctions is that in the absence of military force, the United States can pressure misbehaving countries into compliance with rules of just conduct by isolating them from trade. This would starve the regime of the resources needed to build weapons and undermine their capabilities to repress their citizens. At the same time, the country’s citizens would suffer, and perhaps calls for reform would ensue if conditions degraded far enough. Again much like the flawed theory that the United States can embark on regime change wars without repercussions or severe unintended consequences, sanctions fall victim to the same limitations. The Cato report notes that there is little empirical evidence in the academic literature that suggests sanctions are a reliable foreign policy tool. It explains,

“In the late 1990s, Robert Pape of the University of Chicago refuted the existence of even the moderate success rate put forth in the earlier paper. Although the authors claimed that sanctions were successful in 40 out of 115 cases, Pape found that only 5 of those cases could stand up to empirical scrutiny.”

There is an old child’s fable written by the ancient Greek writer Aesop titled “The North Wind and the Sun”. The sun and the wind compete to see who can remove the coat from a man passing by. The wind attempts to blow the coat off the man with a stiff gust; it ravages him but it also forces him to grasp it tightly. The sun gets the man to voluntarily take off his coat by making the weather warm enough to the point that he wishes to take the coat off himself. The fable is supposed to convey the importance of persuasion when working with other people.

Of course, we should not embrace authoritarian regimes with open arms, but we can get better results with a policy of diplomatic engagement and trade. For one, sanctions, embargoes, and general aggression put countries on edge. North Korea is a perfect example. The United States has been trying to get the hermit kingdom to abandon its nuclear weapons for years now. The reason they won’t is not that they want to engage in nuclear warfare with the world, it’s because they are scared out of their minds about the US attacking them. The sanctions on Cuba accomplish similar ends, or a lack of to be precise. They simply sour relations with the Cuban government, as terrible as they might be, and it gives them an excuse to divert blame to the US rather than themselves.

Sanctions also harm the citizens of both countries as two-way exchanges of culture and trade are hampered. It also prevents the most potent weapon the United States has in its arsenal from being deployed, our example. Perhaps one of the greatest things dictators fear is hope and the truth. The truth about the treasures and pleasures of a free society. Hope that there is an alternative to the terrible system they live under today.

AIER Research Fellow John Tamny gives but one example of US goods not only helping Cubans in their everyday lives but in their fight against tyranny. He explains how iPhones, a great example of US innovation, not only show Cubans how great the fruits of a free society are, but they are allowing them to spread the message of their ongoing protests. This is just one example. Imagine how disruptive restoring normalized trade and diplomatic relations would be for Cuba’s Communist regime. It might even make them admit that liberty and markets are superior.

The wonders of US technology, culture, and tourism would likely prove a far better incentive to liberalize than sanctions. It also goes without saying that Americans would also benefit from what Cuba has to offer as well. At the end of the day, much like the burden of higher taxes on corporations tend to just get passed down to consumers and workers, the same applies to sanctions. Oppressive rulers will always live in comfort without regard for their own citizens. Economic sanctions will mostly just harm innocent civilians.

The United States has maintained sanctions on Cuba for decades with little to show for it and likely many missed opportunities. Not only would both Cuba and the US be better off as trading partners, but such interaction may accelerate the advancement of democracy. It also goes without saying that the US could have worked with the Cuban government to address mutual issues such as the Venezuelan refugee crisis and forwarding common objectives in the Caribbean.

When the United States engages with a country through trade, travel, and diplomacy, it spreads explicit examples of its superior system which in turn induces dissent. This is exactly why the authoritarian Chinese Communist Party has backtracked on globalization and tightened control over its society. They are now dealing with the subversive outside influences of Western freedom, culture, and technology. It goes without saying that we must also live up to our example here at home. US influence in the world has been on the decline, which is in large part due to the belligerent image we present outwards, whether it be with reckless foreign policy or domestic turmoil. It does us no favors to try to convince authoritarian regimes or our allies to accept the power of a free and open society when we can barely maintain one ourselves.

Our current approach of alienation and intimidation only promises disappointment on both sides. Although there is no guarantee that warming relations would result in the liberal democratic reforms that the US desires for Cuba, anything would be better than the lose-lose policy of economic warfare. This is not to say that we should turn a blind eye to oppressive governments, it simply means that we take a realistic and reasonable approach based on evidence, not romantic notions of glory.

This article, The False Promise of Sanctions and Isolation, was originally published by the American Institute for Economic Research and appears here with permission. Please support their efforts.