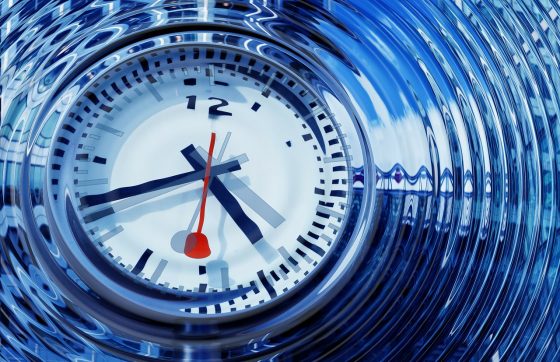 You may have noticed that a lot of people get offended by what I write.  It is not something that I am purposely setting out to do, and I actually endeavor to get along with everyone as much as I can.  But it is undeniable that my articles about our ongoing economic collapse directly contradict a lot of the narratives that are constantly being pushed by the mainstream media and many of our political, business and religious leaders.  There are so many people out there that want to believe that the future is going to be exceedingly bright, and even though 2020 has been a horrific economic catastrophe so far, there are a lot of optimists that believe that it is just a temporary blip on the road to tremendous prosperity.

It would actually be wonderful if they were right.

At this point, everyone should be able to clearly see that we have entered a new economic depression.  And I wish that I could tell you that a “recovery” was right around the corner, but I can’t.

On Thursday, we got yet another sign that this downturn is here for the long haul.  According to the Labor Department, approximately 1.2 million Americans filed new claims for unemployment benefits last week…

Four months after the COVID-19 pandemic largely shut down the economy and left millions of Americans out of work, employers continue to lay off workers at a historic pace.

About 1.2 million people last week filed initial applications for unemployment insurance – a rough measure of layoffs – the Labor Department said Thursday, down substantially from 1.4 million the previous week and the lowest level since March.

Initially, I thought that this was good news.

1.2 million is still a catastrophic number, but at least it appeared to be an improvement over last week’s level of 1.4 million.

Unfortunately, there is more to the story.

As Wolf Richter has pointed out, when you look at the unadjusted numbers and you include all state and federal programs, the number of continuing unemployment claims increased by a whopping 1.3 million last week…

The total number of people who continued to claim unemployment insurance under all state and federal unemployment programs jumped by 1.3 million from the prior week to 32.12 million (not seasonally adjusted), the Department of Labor reported this morning. It was the second highest ever.

That would seem to indicate that unemployment is dramatically surging, and that is really bad news for an economy that is already deeply suffering.

Overall, more than 55 million Americans have now filed initial claims for unemployment benefits over the past 20 weeks.  That is a number that should be almost theoretically impossible, but this is actually happening.

Prior to this year, the all-time record for new unemployment claims in a single week was just 695,000, and now we have been above a million for 20 consecutive weeks.

Up until recently, a weekly $600 unemployment supplement from the federal government had been helping tens of millions of unemployed Americans pay their bills, but now that supplement has expired and Congress has not yet agreed to another one.

As a result, the economic suffering of countless American families just got a whole lot deeper…

An unemployed makeup artist with two toddlers and a disabled husband needs help with food and rent. A hotel manager says his unemployment has deepened his anxiety and kept him awake at night. A dental hygienist, pregnant with her second child, is struggling to afford diapers and formula.

Around the country, across industries and occupations, millions of Americans thrown out of work because of the coronavirus are straining to afford the basics now that an extra $600 a week in federal unemployment benefits has expired.

Over the past couple of months, I have been hearing from a lot of people that believe that all of those unemployed workers should just get off their couches and go get new jobs.

I wish that it was that easy.  Good jobs are becoming increasingly scarce, and the competition for those jobs is only going to get more fierce because a “second wave of layoffs” has now begun.  The following comes from Fox Business…

A second wave of layoffs is hitting American workers during a surge in coronavirus cases nationwide, and a Congressional stalemate over stimulus relief, according to a new survey by Cornell University and RIWI.

The researchers conducted the survey between July 23 and Aug. 1, and found that 31% of workers who had been placed back on payrolls after initially being laid off have now been laid off for a second time. Additionally, 26% of rehired workers say they’ve been told that they may be laid off again.

I know that I included that quote in yesterday’s article, but I wanted to share it again because it is so important for people to understand what is really going on out there.

But I am not here to make you feel good.  I am here to tell you the truth.

We are in the midst of an economic nightmare, and even Bloomberg is admitting that conditions in the U.S. are becoming a lot more miserable…

The US is projected to undergo the biggest increase in economic misery across 60 countries as the nation grapples with heightened unemployment and fresh coronavirus hotspots.

Bloomberg’s Misery Index, which ranks major economies by inflation and unemployment expectations, shows the country sinking to rank 25 from rank 50 in 2020. Venezuela, Argentina, and South Africa held their spots as the world’s most miserable economies.

And every day more businesses are shutting down, more workers are being laid off and more dreams are being shattered.

The consequences of literally decades of incredibly foolish decisions are catching up with our nation, and this economic depression will ultimately get a whole lot worse.

So instead of sticking your head in the sand and hanging on to the delusion that everything is going to be just fine somehow, I would very much encourage you to work very hard to get prepared for the nightmarish years that are ahead of us.