The Dubious Premise for Expanding the Regulatory State 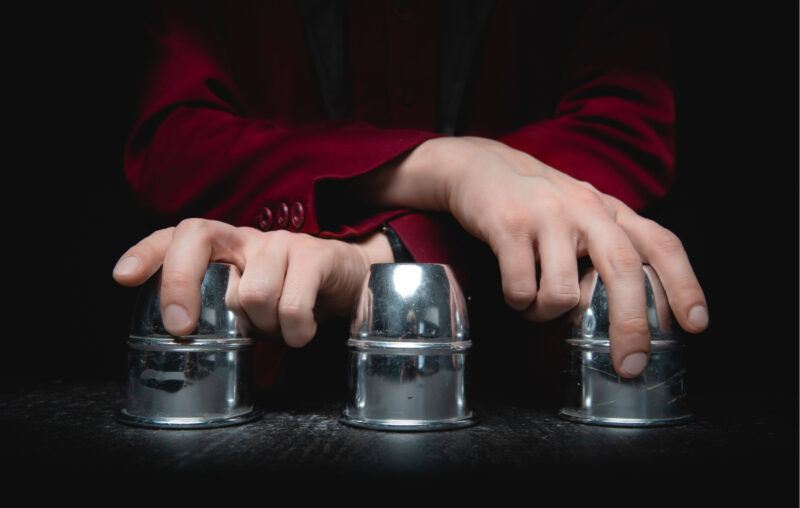 In the US, there are two basic ways in which the government exercises power over its citizens. The first is through the legislative process, which is the basic high school civics method. Elective representatives in the legislature vote on a bill and the president signs or vetoes it. This is primarily how laws are meant to be made in a representative democracy. Then there is the administrative process of rulemaking and guidance, which is run primarily by unelected bureaucrats that provide a level of technocratic expertise. Such agencies include organizations like the Environmental Protection Agency, the Department of Education, the Department of Motor Vehicles, and so on. These agencies exist to make rules on the margins to make sure that laws passed by Congress, which is comprised of democratically accountable representatives, accomplish their intended purpose.

Of course today this is not the case. Administrative agencies have practically become an independently operating governing body, exerting control over the general population with little democratic accountability or transparency. Philip Hamburger notes in his work titled Is Administrative Law Unlawful? that,

“Administrative law has by now dwarfed statutory law and has become the federal government’s pervasive mode of dealing with the public. Therefore, rather than merely a means of completing the work of Congress and the courts at the margins, administrative power has become central.”

“In the Obama years, DeMuth observes, the expansion of executive power essentially became lawless: “[T]he most dramatic departure in executive government in the years following 2008 was sheer unilateralism — executive agencies, and frequently President Obama personally, effecting major policy changes in defiance of reasonably clear statutory requirements, often on grounds that Congress had failed to enact them.”

This was an inevitable development for the administrative state. At its core, the growth of the regulatory apparatus was premised on the idea that sometimes the legislature is too slow and too divided to pass laws to better society. In practice, its unilateral growth and power is simply an expedited way of cramming down a political agenda from the highest level of government.

This notion is supported by a book review defending the administrative state published by the Harvard Law Review which opens with the following statement about a debate on the matter,

“Speaking at Yale Law School in 1938, Dean James Landis offered a powerful defense of President Franklin Roosevelt’s New Deal, and in particular its innovation of new federal administrative agencies. “The administrative process,” declared Landis, “is, in essence, our generation’s answer to the inadequacy of the judicial and the legislative process.”

The article includes the counter-argument by writing,

“The eminent Dean Roscoe Pound, then chair of an American Bar Association special committee evaluating the rise of the New Deal administrative state, saw the mixing of legislative, executive, and adjudicatory functions in agencies like the Securities and Exchange Commission (SEC) — which Landis himself designed and later chaired — as tantamount to “administrative absolutism.”

Today, with the expansive rulemaking authority which administrative agencies continually possess, the fears of Dean Pound are continuing to realize themselves. An article produced by Ascent on financial regulation notes,

50 percent of respondents to a Risk Management Association survey said they spend 6-10 percent of their revenue on compliance costs. Large firms report that the average cost of maintaining compliance runs approximately $10,000 per employee. Global banks and large brokers that have upwards of 20,000+ employees could end up spending a staggering $200 million+ in compliance every year…

Though startling, even these numbers show only a static snapshot. They fail to capture the acceleration of regulatory change and the level of regulatory complexity, which have both exploded over the last decade. Regulatory change has increased 500 percent since the 2008 global financial crisis and, unsurprisingly, has heightened regulatory costs in the process.

This is just on financial regulation. The administrative state continues to expand into vast swathes of the economy, imposing rules that are often complicated, costly, and counterproductive. In a review of legal scholar Richard Epstein’s book, The Dubious Morality of Administrative Law, The Federalist Society writes,

“This failure is closely connected to the modern regulatory climate insofar as federal statutes impose “comprehensive systems of government control on the environment, drug development, telecommunications, and labor relations, among other fields,” giving agencies broad powers to intervene. Weak protections for property rights and broad grants of rulemaking authority enable agencies to regulate broad swaths of the economy without sufficient regard for the interests of the regulated entities.”

In his book Simple Rules for A Complex World (which I reviewed here), Epstein outlines the serious issues caused by the expansion of the regulatory state into all areas of economic and social life. He argues for a radical shift to a more simplistic set of primary ground rules such as basic protections to contracts, exchange, and individual rights while allowing private discretion to run uninterrupted insofar as it does not violate those rules. This is also congruent with the work of Nobel Laureate Elinor Ostrom, whose award-winning work covered how the shared distribution of power amongst private and public actors leads to far better outcomes compared to when it is wielded by a single entity. The government ought to set some basic operating rules but decision-making should largely be dispersed across the private sector and left to voluntary interactions.

The Questionable Case for the Expanding Administrative State

Today there is a debate much as there was during the 20th century about the danger or necessity for empowering the bureaucratic arm of the government. Today, it seems that the case for an ever growing regulatory apparatus seems to be shrinking by the day as the damage makes itself more apparent. To summarize the best case for the continued expansion of the regulatory state, K. Sabeel Rahman writes for the Harvard Law Review by noting,

“If we are in the midst of a “Third Reconstruction” seeking to finally make good on the aspirations for economic, racial, and gender inclusion after the ups and downs of the twentieth century, the administrative state will be a critical institutional source of power and policymaking.”

This argument is flawed in two major capacities, one practical and the other philosophical. The practical flaw is that oftentimes most regulations do not work as intended and do not accomplish the aforementioned goal of making society a more equitable place. They typically only induce higher cost and difficulty on the individuals that must comply while benefiting entrenched economic interests such as large corporations as well as labor unions that wield power.

One does not have to look any further than efforts by taxi cab unions to lobby for regulations against ride-sharing apps like Uber. This has little to do with improving public safety and everything to do with using the power of the administrative state to stamp out competition at the expense of society. Chris Edwards, a scholar at the Cato Institute cites a study conducted by the National Association of Manufacturers by noting,

“In manufacturing, they found that the per employee regulatory costs for small businesses were 152 percent higher than the costs for large businesses.”

Such a dynamic is emblematic of the regressive effects of policies that are progressive in their purpose. There is also the common-sense realization inherent to public choice theory that government is not composed of angels. It is composed of human beings with human limitations on what they can accomplish and limitations on their integrity. Giving ever-increasing power to regulatory agencies believing they will accomplish their lofty goals and run society better than it can run itself is a flawed idea from the start.

The second and perhaps the most important flaw with the argument that the expanding regulatory state is necessary to democratically mold society is the fact that such a democratic mandate is not only flawed, but it doesn’t exist. The expanding regulatory state is often premised on the idea that powerful economic interests must be combatted to forward the public interest. However, the fact of the matter is that the public interest is a vague buzzword that is simply an arbitrary political interest. One cannot possibly justify the idea that the vast expansion of the regulatory state into economic and social life is in the interest of the general public. Whether the cause is enforcing gender or racial parity, redistributing income, discouraging soda consumption, mandating prayer, banning menthol, or forcing people to exercise, such “public interests” are merely the focus of those in power and the specific interest groups that back them.

Arbitrary political interests are meant to be enacted by the legislative process where they can be debated, vetted and their architects ultimately held accountable. Looking to the regulatory state, which can essentially act as judge, jury, and executioner, to pass one’s political mandate not only exhibits a disdain for the lives of individual citizens but is also tyrannical in nature. It is a telltale sign of a philosophical outlook that only values liberal democracy insofar that it forwards one’s political goals rather than as a system that exists to build consensus in governance while protecting individual liberty.

This article, The Dubious Premise for Expanding the Regulatory State, was originally published by the American Institute for Economic Research and appears here with permission. Please support their efforts.