The Devil Is in the Details and the Definitions: Education Defined in the Process of Its Emergence 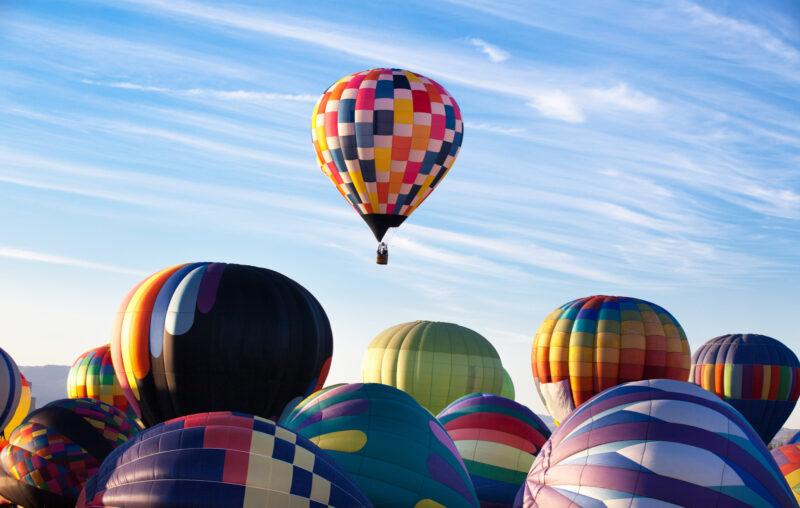 Dungeons and Dragons. Heavy Metal. Gangsta Rap. Harry Potter. Evolutionary biology. These are just some of the things that, in my lifetime, were supposed to ruin the kids. To the list we can add a new villain, Critical Race Theory (CRT for short). Some states have passed laws banning it from their states’ classrooms. While I don’t think CRT offers an accurate way to interpret the world, I don’t think it should be banned. I agree, moreover, with J.D. Tuccille at Reason that we wouldn’t be having this discussion if the market for K-12 schooling were more competitive, i.e., if families had more options. The curriculum cannot help but be politicized because schools have little territorial monopolies over largely captive audiences. As schooling is currently organized and regulated, it throws away a lot of important knowledge about what “education” is or should be that would emerge naturally if parents were, to coin a phrase, free to choose.

Most economists agree that education produces what are called positive externalities, meaning that someone who gets educated creates benefits for others without being compensated. Since we assume people only do things for which the private benefit exceeds the private costs, these positive spillover benefits mean the free market will not provide “enough” education. In theory, we could increase gains from trade by subsidizing education. As Milton Friedman famously asserted in his original arguments for education vouchers, this does not mean the government should own and operate schools, but positive externalities mean there is at least a case to be made that governments should finance education.

So far, so good. Efforts to solve everything by election or committee run into an important problem in that they assume everyone knows and agrees on what we’re talking about, but what a good or service is is defined by the process that produces it. I’m not picking definitional nits: while we can all agree that reading, writing, and arithmetic are part of a proper education, there are a lot of margins on which things get very blurry. Even within the 3 R’s, there’s acrimonious debate. What should the kids read? Should their writing be evaluated by the standards set by Strunk & White’s The Elements of Style and the Oxford English Dictionary? Math seems pretty objective, but even in mathematics there are debates about the right balance of theory and application, not to mention controversy over proposals for “anti-racist” math education.

It’s why the conversations that happen in markets are so important. Every decision to buy or abstain from buying says “Thank you” or “No, thank you” to whatever is being offered and the terms on which it is being offered. Prices, profits, and losses are signals telling entrepreneurs what to do and how well they’re doing it. Profits say “Good job; do more.” Losses say “Bad job; do better.” While nonprofit schools don’t evaluate their performance based on the financial bottom line, they nonetheless compete for students and donors. Families that aren’t happy with what they’re getting can go to a different school and vote with their money (or the taxpayers’ money, in the case of a voucher system) for the feasible option that best suits their needs. Alas, most people don’t have that option.

It’s kind of puzzling that they don’t, as I don’t suspect many goods and services would be very good or provide exemplary service without competitive pressure. Meal delivery services are fresh on my mind: over the last few weeks, I’ve been experimenting with meal delivery services that ship me a box of ingredients and a recipe for my nights to cook. I have really enjoyed it because it gives me just enough work to do–chop these, mix those, salt that, put this in the oven at 425 degrees for 14-16 minutes–without being overwhelming, and it means I can present my family with meals that are a little nicer than my usual competent-but-not-great fare.

Competition keeps them responsive and innovative. If I have too many problems with my deliveries, I can take my business elsewhere. If another company offers me a better combination of price, quality, and convenience, I can do business with them, instead. If one company limits me to the same four or five options and I want a little more variety, I can, once again, take my business elsewhere. It’s so easy and obvious we don’t really think about it.

I would like to see people provide education through the same competitive channels. Want an emphasis on science? The arts? The humanities? There can be schools that do them all and schools that specialize and excel in an individual area. Want a particular religious perspective, method, or educational philosophy like Waldorf, Montessori, or Critical Race Theory? Want olives for lunch every day? A free market in education will have all of these jostling for your attention. They already do to a certain extent, of course, but I think we could unleash a lot of innovation and variety if schools were outright competitors rather than territorial monopolies.

If I had to choose one article or essay that has had the biggest effect on how I understand the world, I would probably pick James M. Buchanan’s “Order Defined in the Process of Its Emergence.” I’ve used it generally to point out how things as diverse as “barbecue,” “waste,” “social welfare groups,” and “labor” are defined in the process of their emergence. Education belongs on that list, as well–and the place of CRT in the curriculum is better settled by the peaceful conversations that happen in markets rather than in rowdy public meetings. Instead of trying to plan what people should know from the top down, it would be far better to loosen their bonds and see what emerges from the bottom up.

This article, The Devil Is in the Details and the Definitions: Education Defined in the Process of Its Emergence, was originally published by the American Institute for Economic Research and appears here with permission. Please support their efforts.

Washington Watch: Here’s what’s in the bipartisan infrastructure bill that the House aims to pass — and how it’s paid for

Bond Report: Treasury yields hit the highest levels in months as 10-year rate pushes back above 1.5%