The Department of Education Does Not Deserve A Raise 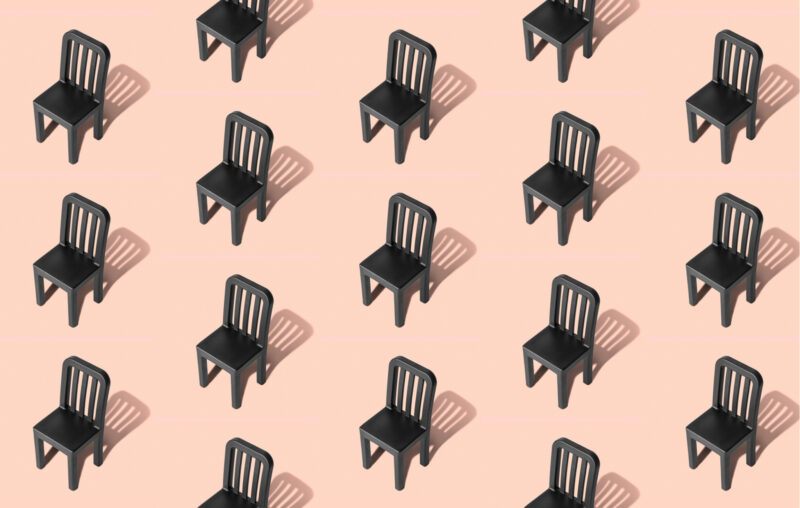 On April 9, 2021 US News reported that the Biden Administration released its latest spending proposal. They write the following

“The White House unveiled on Friday Biden’s so-called “skinny budget,” a $1.5 trillion proposal that provides the rough contours of his vision for $753 billion in defense spending and $769 billion non-defense discretionary spending – the latter representing a 16% increase driven in large part by major funding boosts to education programs.”

This alongside other spending proposals would be financed by increased taxes on everything from incomes to capital gains. There is a fiery debate over whether or not tax and spend programs actually accomplish their objectives rather than just causing more problems. However, the past year under lockdowns should have everyone left, right, and center in outrage over one spending increase in particular: Increases in funding to the public education sector which make up the considerable portion of the overall budget increase.

“Under Biden’s plan, the Education Department’s budget would grow by 41% to $103 billion.”

A large chunk of these funds will be going to seemingly well-intentioned programs such as Title I that support disadvantaged students. However, given what has transpired over the last year, there should be universal moral outrage over the performance of the public school system from K-12 to higher education. Setting aside the debate over school choice, even those who support the primacy of the public school system should be skeptical of handing another dollar to the public education system without assurances of accountability and reform.

Why Should We Be Mad?

During the summer of 2020 there was a national conversation about whether the coming school year should be done in person or remotely. The overwhelming consensus from public health professionals, education policy experts, and parents was that they should remain open. Even the Biden administration advocated for the return to in-person schooling but political opposition from public teachers unions forced compromise. The evidence is abundantly clear that against the recommendations of public health experts, the demands of parents, and at the expense of the entire country, our public education system relegated millions of students to online learning.

The closure of schools has resulted in a plethora of economic, social, and educational setbacks that were completely avoidable. A study published in JAMA finds that considering all the damages of school closure,

“By some estimates, lockdowns have already created a loss of 0.6 years of learning time, with students in poverty and special needs students facing the steepest losses of all. Receiving less instructional time is directly correlated with lower levels of achievement.”

Closing down schools contributed to a tremendous decline in mental health amongst young people from children to college students, as important developmental and social opportunities were stripped away. Another study notes that school closures likely imposed unexpected child care obligations on working parents, a notable proportion being healthcare workers.

The point of the matter is that the public school system has proven itself to be utterly incapable of putting the interests of students ahead of the political demands of teachers unions, despite the overwhelming evidence that in-person schooling is not only safe but essential. This has not only harmed the academic and professional development of the country’s students but resulted in lasting economic, social, and physical consequences.

“New York public schools are on track to experience the largest decline in enrollment since 1981, with 66,424 fewer K-12 students—a 2.6 percent drop—as compared to the 2019-20 school year, according to a report from the Empire Center for Public Policy.”

“We also now have hard evidence of actual public school enrollment declines across the country. Arizona’s largest school district reported a 5.6 percent decrease in enrollment from last year. Clark County, Nevada, reported a 3.4 percent drop. In Florida’s Orange County, enrollment is down about 9 percent from projections. In Nashville, it’s down 4.5 percent from projections. And as of August 28, over 3,000 students—about 1.6 percent of total enrollment—had filed to withdraw from Virginia’s Fairfax County Public Schools and switch to homeschooling or a private school.”

Across the country parents are seeing the damage of school closures and recognizing that the public school system under the rule of teachers unions is a sinking ship. Some of the top advocates of school closure have even opted to quietly move their kids into in-person schools.

Sadly, 2020 has only highlighted crippling faults of the American public school system. Corey DeAngelis, an education policy expert, points out that despite frequent narratives that our public schools are underfunded,

“On average, the United States currently spends over $15,000 per student each year, and inflation‐​adjusted K-12 education spending per student has increased by 280% since 1960…

Stanford University economist Eric Hanushek reviewed nearly 400 studies on the topic and concluded that “there is not a strong or consistent relationship between student performance and school resources.”

That shouldn’t surprise anyone. Pouring more money into the same broken system won’t fix the deeper problem — government monopolies have weak incentives to cater to the needs of their customers by spending money wisely.”

This is the commonsense realization that throwing money into a broken system won’t make it magically improve. There needs to be structural changes, but we have seen very little change and a lot of money taken from taxpayers for what is increasingly an inferior product.

Basic economics tells us that as a government-created monopoly, public school systems not only have tremendous political power but also ignore the basic competitive incentives to innovate and improve that drive the private sector. Reason gives one example of how public schools not only resist change, they actively lobby to entrench their power at the expense of everyone else when they write,

Regardless of your opinion on education policy, it should be abundantly clear to everyone that simply tossing more money into the public education bureaucracy will not make things better. In fact it will be rewarding the very people who have orchestrated the mess that we are in today.

Advocates of school choice should rightly see this development as a clear case for why families should divest from the public school system. Defenders of public schools should see this as a glaring outrage that the system they cherish is so fraught with unaccountability. After everything that has been done to American students, there should be a bipartisan consensus that without bold structural reform every new tax dollar given to the American public education system is a drastic moral failure.

This article, The Department of Education Does Not Deserve A Raise, was originally published by the American Institute for Economic Research and appears here with permission. Please support their efforts.