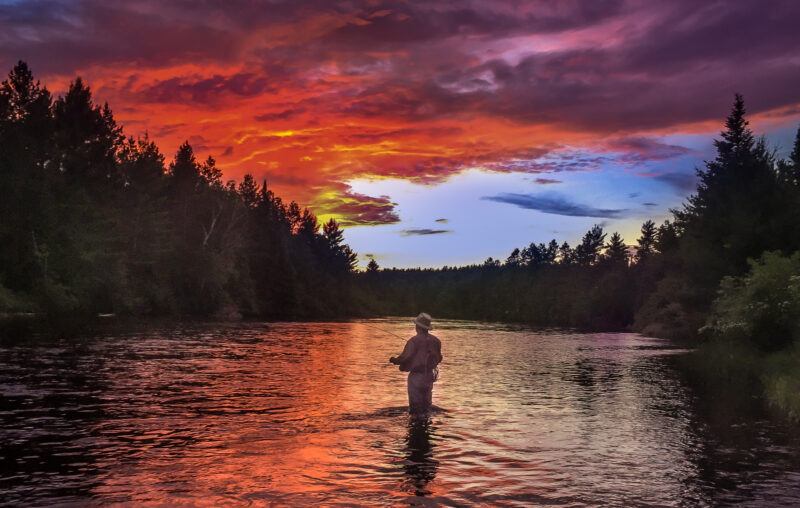 Leigh Perkins died last month. Most reading this likely weren’t aware of his passing, or who he was for that matter. But his story has broad relevance in consideration of the times in which we live.

About Perkins, his New York Times obituary noted that he “built Orvis from a modest mail-order fishing tackle shop in Manchester, Vt., into one of America’s largest and most distinctive sporting lifestyle brands.” Not a bad legacy.

What’s important about it for the purposes of this piece is that Perkins wasn’t the founder of Orvis. In reality, the company’s origins date back to the 19th century; 1856 to be exact. That was the year that Charles F. Orvis founded his eponymous business; one that was “sending out catalogs before the Civil War and predated Sears, Roebuck by more than 20 years.”

And it’s a legacy that says something much greater about the genius of private equity in particular. Class warriors like Oren Cass claim that private equity investors add little value to their own financial backers or the companies they invest in, which on its own is a ludicrous presumption.

Back to reason, if private equity funds weren’t generating returns, they quite simply wouldn’t have investors. Market forces have a tendency to put out to pasture that which doesn’t produce in the marketplace. Put another way, private equity giant Blackstone has become a financial behemoth not because it doesn’t generate desirable returns for the money behind its funds, but because it does.

As for the companies invested in, Cass is implicitly saying people don’t matter. That management doesn’t matter. That vision and execution don’t matter. By Cass’s logic, Alabama should never have hired Nick Saban. Cass’s reasoning implies that economic growth isn’t enhanced when wealth migrates to more skillful hands. If he’s correct, stasis is the best economic outcome of all whereby what we call “money” sits still precisely because wealth isn’t moving. It’s actually a perfect scenario for Cass when we stop and remember his intense nostalgia for the past, and the jobs that individuals used to do in the past.

But for those of us yearning for what’s ahead, thank goodness for private equity investors, and for people like the late Perkins more broadly. Not of the view that the present is the frontier of progress, or that the past is something to aspire to, they set about relentlessly creating a much better future.

Perkins sensed that what had lineage, but that was also stodgy, had grand potential. And he proved it. The Orvis that was once unknown very much became a known brand and a staple of brick & mortar retail on his watch.

Regardless of what these investors foresee, what they’re doing is no easy feat. If the future is opaque, the commercial future most certainly is. Not terribly long ago we hailed cabs in which we tapped away on Blackberry phones. How things change. How rapidly they change. When private equity investors put wealth to work, they’re making incredibly risky assumptions about what commerce will look like in the months, years and decades ahead. This is certainly no easy feat. Consider once again the semi-smartphones we used to communicate on, not to mention the cost of medallions in the taxis that used to very unreliably move us from point A to point B.

It’s all a reminder that when politicians and media pundits rant about the “preferential” tax treatment for “carried interest” earned by investors in the private equity space, that they know not of what they speak. Their disdain for lighter tax treatment on this “income” implies that it’s just that: income. Except that it isn’t.

Income is salary. It’s what we agree on with an employer ahead of time. In a limited sense, it’s guaranteed.

On the other hand, “carried interest” is the opposite of guaranteed. It’s a return on investment that private equity investors earn after their capital commitments have proven wise in aggregate, and after they’ve cleared a return “hurdle” agreed to with their investors ahead of time. In short, carried interest is a reward for successful investing, a reward for the movement of precious wealth to higher uses, when the movement of same is anything but a sure thing.

If we’re being at all reasonable, the only logical tax on carried interest is zero. Why on earth would we design the tax code to penalize successful investing, and for that matter why would the tax code penalize investing at all? Investing is what produces essential information without which there’s no progress.

Back to Perkins, his courageous investment in a little-known retailer over fifty years ago was in many ways the model for a happy explosion in private-equity investing that’s taken place since. Instead of sitting on their hands, these investors are energetically reshaping commerce for the much better with their bold capital commitments. Rather than demonize private equity, we should cheer the progress that it personifies with an eye on reworking the tax code in order to encourage more of what’s mindlessly penalized.

This article, The Death of a Visionary Retailer Reminds Us of Private Equity’s Genius, was originally published by the American Institute for Economic Research and appears here with permission. Please support their efforts.