The Dangers and Opportunities of Biden’s New Antitrust Order 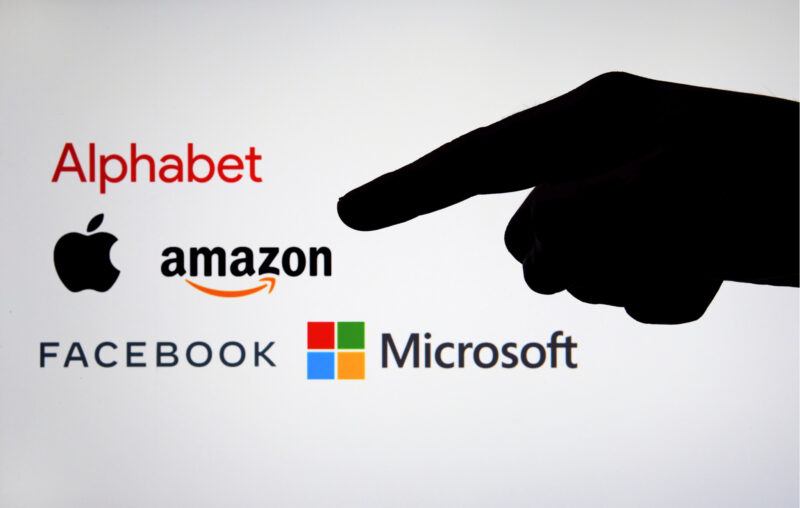 On July 9th, 2021, President Biden signed an executive order kicking off a vast regulatory overhaul effort to combat what the administration deems to be an unprecedented level of industrial consolidation. In other words, they believe too few corporations have too much market power and more competition needs to be introduced to correct that imbalance. In their fact sheet, which provides a summary of the executive order, they cite a paper claiming that in over 75% of the American economy, large businesses control more than they did 20 years ago. AIER Research Fellow Pete Earle has written an analysis that even supports this thesis, as he notes that the recent lockdown policies have led to more consolidation and market power for large companies.

There is no doubt that the American economy could become more competitive and certain policy changes could accomplish that. Of course, much like anything, but especially when it comes to antitrust, the devil is in the details. Biden’s new executive order is a mixed bag. Much of it seems to signal the emergence of an even more overbearing regulatory state. However, there are many sections of the text that suggest that there could be potential for positive change.

By and large, Biden’s order is a direct signal that he intends to unleash the force of the administrative state onto the private sector. In short, it harkens back to the early 20th century when legal figures like Justice Louis Brandeis espoused a deep hatred for large corporations, just for the sake of being large. It is a departure from the current status quo of the Chicago School, which understands that size and “uncompetitive behavior” in and of themselves are not on net harmful to consumers but in fact provide many benefits.

The language and in many cases, the policies, in the order reflect the highly activist Brandeisian approach to antitrust which is highly confident in the ability of the central government to run the economy.

For example the order,

“Calls on the leading antitrust agencies, the Department of Justice (DOJ) and Federal Trade Commission (FTC), to enforce the antitrust laws vigorously and recognizes that the law allows them to challenge prior bad mergers that past Administrations did not previously challenge.”

This is concerning in two basic ways. The first being the open-ended but certainly threatening language regarding stricter scrutiny of mergers, without any regard for the natural market processes involved. At the end of the day, there are often far too many variables and far too many possibilities for a regulator to consider, which is why the more hands-off Chicago school approach was adopted in the first place. The second part is, of course, the ominous threat that the Biden Administration will now be undoing already completed mergers that passed the scrutiny of the previous administration.

Another concerning move is the expansion of the Executive Branch to include a council to further contribute to central planning. The order

“Establishes a White House Competition Council, led by the Director of the National Economic Council, to monitor progress on finalizing the initiatives in the Order and to coordinate the federal government’s response to the rising power of large corporations in the economy.”

Although the mere existence of such a body does not forecast any policy outlook in particular and can certainly be staffed with insightful minds, a council with a stated goal of sticking it to big corporations with state power does not sound promising.

The text of the order continues to include 72 unique initiatives calling for policy expansion in almost every aspect of economic life from the financial sector to farming. Some of the initiatives are quite specific, while others are merely calling on agencies to develop plans to be implemented later. This is where there may be some promising opportunities.

Former President Jimmy Carter was famous for his embrace of deregulation to promote competition; and he successfully unshackled the airline industry from overbearing regulations, with bipartisan support, in 1978 with the Airline Deregulation Act. The use of deregulation as a way to clear the way for more disruptive market actors was most famously attributed to the Austrian economist, Joseph Schumpeter. Schumpeter outlined how clearing the way for increased entrepreneurship and competition by getting rid of barriers to entry could curtail the negative effects of market consolidation. It is why today, for the vast majority of products, like automobiles, prices remain competitive while quality increases.

Deregulation is a powerful, productive, and moral antitrust tool. The Biden administration does seem to understand that, at least partially. In fact, one exciting policy proposal that is actually aligned with a position that AIER scholars have taken is the abolition of occupational licensing. The order,

Occupational licensing is an unnecessary labor restriction that has only served to benefit entrenched economic interests while providing little benefit for public safety. It is high time that such a regime sees reform.

Furthermore, the order even loosens restrictions on hearing aids, allowing them to be sold over the counter, which would not only increase competition but lower their price.

Sadly, such examples are far and few between as the executive order is clearly riddled with edicts that enthusiastically unleash the force of government on private businesses. Perhaps one final note of hope are the open-ended mandates for various executive agencies to develop plans to address competition within a discrete time frame.

Without explicit direction from the Biden administration, perhaps honest and independent thinking minds in these agencies will recommend deregulation and economic freedom as a means to increase competition. Furthermore, perhaps they may also consider the serious monopoly power that unions wield over the labor supply and the need to check their power by removing many of the state-granted privileges that entrench their power. At the end of the day, deregulation is not simply a capitalist fever dream to make money, but a way to remove the coercive rules and laws that protect the market power of entrenched interests. One can only hope.

Biden’s executive order is filled with aggressive and romantic language that seems to harken back to the tired old age of early 20th-century trust busting that reeks of disdain for large corporations just for the sake of being large. If the Brandeisian notion of “The Curse of Bigness” was a policy platform, this would probably be it. At the same time, the order does pay some respect to the idea that economic freedom is a necessary component for encouraging competition. Whether honest and independent actors in the Biden administration will succeed in putting these ideas forward is another question entirely, but certainly a possibility.

This article, The Dangers and Opportunities of Biden’s New Antitrust Order, was originally published by the American Institute for Economic Research and appears here with permission. Please support their efforts.