The Case of Evergrande: Is There a Housing Bubble in China? 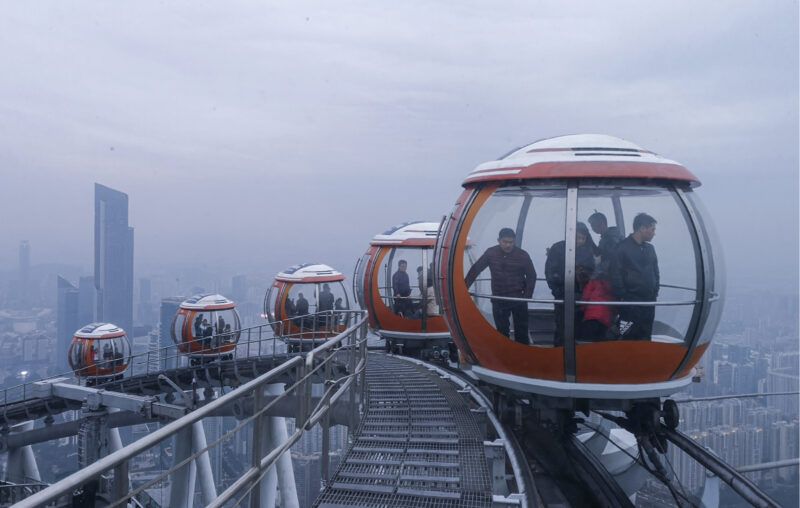 China has made the world’s capital markets nervous. Evergrande, the largest real estate developer in China and one of the largest in the world, is on the ropes. It is very likely to go bankrupt (it has already defaulted on some interest payments on its bonds). Some people are debating whether this is the “Chinese Lehman Brothers.” Are we on the verge of a new global financial collapse?

Let’s begin by analyzing the health of the sector in which Evergrande finds itself. What is the state of the housing sector in China? Are there signs of a housing bubble?

The Chinese housing bubble has been reported for over a decade. The primary evidence is the existence of ghost cities, cities that are practically empty. For over ten years, ghost cities have not appeared to be causing a systemic problem, although they undoubtedly pose a local problem. However, the vacancy rate has continued to grow in China’s secondary cities. Even in Beijing, the vacancy rate has reached 20 percent.

China’s housing vacancy rate is relatively high when compared with other countries, although in 2017 it was lower than that of Spain and Italy.

The data on the vacancy rate are not alarming, but when this indicator (and the existence of ghost cities) is combined with other indicators, the Chinese housing sector’s situation does indeed look alarming.

Housing is a durable capital good, and as such must be valued. How is the price of a capital good determined? The most common way is to base it on the income the good is capable of generating. In the case of housing, the income it generates is the rent (either through the market or through the rental payments the owner avoids). Accordingly, it is crucial that the value of the house be a reasonable multiple of the rental value.

The housing-price/rental-price ratio gives a sense of how inflated a housing market is. When the indicator is very high, purchasing a house cannot be justified by the income it will generate. The only reason someone will buy a house in this case is if they hope to sell it for a higher price (and if everyone operates on the same expectation, we are facing a bubble by definition).

The housing-price/rental-price ratio in the Chinese real estate market is incredibly high. It is exceeded only by the real estate market in Turkey and Taiwan. Purchasing a home in China and renting it out is a very poor business plan, as it takes a whopping forty-eight years to recoup the investment.

The Profitability of Purchasing a House

Further, the returns from investing in China’s housing market are much lower than the country’s prevailing mortgage interest rate. So purchasing a house in China does not make economic sense. This is a clear sign of a housing bubble.

Another way of analyzing whether the housing market is in a bubble is to determine whether the average citizen can buy a home. The main purpose of a house is to be lived in (final demand). If the price of housing grows well above the purchasing power of the average citizen, the demand for housing (which drives the price growth) may well turn out to be purely speculative and collapse in the future when it becomes clear that the final demand does not exist.

China’s ratio of housing price to per capita income is the second highest in the world (behind only India’s). It would take the average Chinese citizen 146 years to pay for a home if they were to devote all of their income to housing.

The previous indicator could be problematic as a means of comparing countries since it relates national per capita income to the price of urban housing (despite this, it is worth discussing it because of the huge contrast between China and other countries). If we disaggregate the indicator by city, we reach the same conclusion: the price of housing is too high relative to the income of Chinese inhabitants.

The Housing Sector’s Contribution to GDP

Another way to assess whether the Chinese housing market is in a bubble is to look at the housing sector’s contribution to GDP. A high contribution indicates too many resources are allocated to housing. This indicator is the logical corollary of those discussed above: if house prices are high, producers react by increasing supply, in the process drawing resources from other parts of the economy.

The contribution of China’s housing sector to its GDP is greater than the corresponding contribution seen in the huge Irish and Spanish housing bubbles of the 2000s. Nearly a third of China’s economic activity is linked to bricks.

The Disproportionate Concentration of Wealth in Housing

Another sign of a bubble is the concentration of wealth and investment in a single sector. Real estate is a favorite investment among Chinese citizens. The recent increase in the income and quality of life of Chinese citizens have exponentially increased their ability to save and invest. The asset in which they invest has almost exclusively been real estate. In 2018, 76 percent of Chinese household wealth was invested in housing (in Japan this figure is 41 percent, and in the United States it is 27.7 percent).

The huge demand for housing is generating a housing supply far greater than the housing needs of Chinese citizens (a typical bubble trait). In 2008, only 30 percent of new housing was bought by people who already possessed at least one home; in 2018, this figure was 88 percent.

The problems discussed here are so evident that the Communist Party leadership has taken action. They have implemented relatively restrictive financial measures such as debt ratios and capital requirements for housing developers. These measures have meant that the most financially irresponsible developers are prohibited from increasing their debt by even a single yuan. The Chinese housing bubble is enormous; various economic indicators leave no room for doubt. Evergrande’s problem is not an isolated issue but a systemic problem with the Chinese economy.

This article, The Case of Evergrande: Is There a Housing Bubble in China?, was originally published by the American Institute for Economic Research and appears here with permission. Please support their efforts.