The Bubble That Never Was: Finance’s Definition Problem 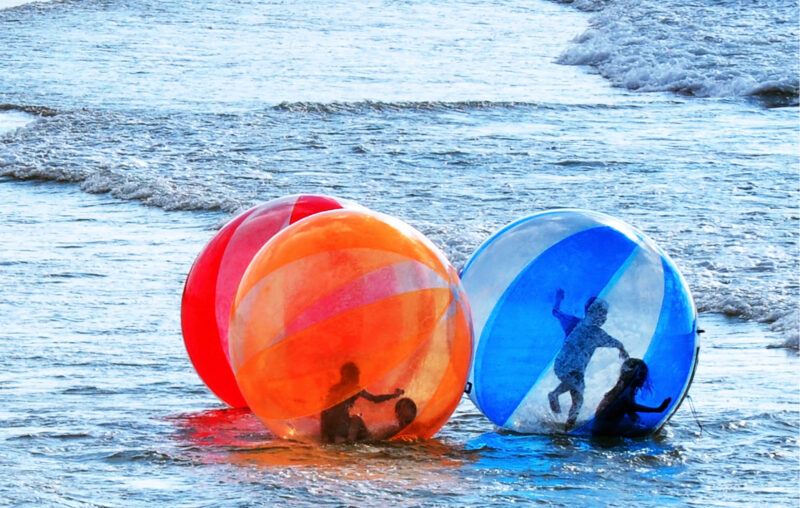 A seemingly simple question has bothered the discipline of finance for decades: what is a bubble? In a theoretical sense it’s a banal question: if the price of an asset is trading much higher than what it’s actually worth, it’s a bubble; if not, then it isn’t.

But who says? It’s not like we can rock up to the Chicago trading pits or the New York Stock Exchange and just observe an “actual” value next to the price, and quickly calculate a bubble ratio. There’s nobody around to, credibly and reliably, tell us what its real value is. When somebody inevitably does say what an asset is *really* worth, why would their opinion, unbacked by money (or biased by talking their own book), be more accurate than the sum total of the market that actually trades the asset?

If you’re prone to viewing society as a top-down venture, or you like the idea of people collectively losing their minds, it’s an easy jump to disregard market prices as ephemeral fluff; they’re as arbitrary as other fads and can thus occasionally go mad. This position unfortunately places outrageous epistemic demands on you for thinking that you know more than the sum total of everyone else. This objection quickly devolves into the circular definition that proponents of the Efficient Market Hypothesis were always ridiculed for: the actual value of an asset is whatever it’s currently traded for. It is what it is, and that’s that. Shouldn’t science be able to say more? Perhaps, but perhaps not.

We have time-tested ways of roughly estimating what traditional, stable and established companies are worth. We have credit risk departments that examine whether companies and governments are likely to pay their debts and insurance companies pricing default products accordingly. Forecasting the revenues and profits of large telecom businesses or staples like Coca-Cola or Procter & Gamble is pretty easy – relatively speaking, anyway – and their stocks move roughly with wider macroeconomic changes, like interest rates or market liquidity events, like the March Madness last year or the September tantrum the year before.

For other types of assets, those same methods work very poorly. The more esoteric, promising, and revolutionary the asset, the wider the confidence intervals become around what we may describe as “fair value.” And changes in interest rates or slight indications that the asset’s value proposition is more or less credible can make great swings in a company stock seem routine.

The financial historians William Quinn and John Turner published a book on bubbles last year – Boom and Bust: A Global History of Financial Bubbles – that I reviewed for CapX. They acknowledge this definitional problem of finance’s vast bubble literature – and sidestep the issue by offering a practical definition of their own: an asset’s price has to increase by 100% and then fall by at least 50%. While completely arbitrary numbers (why, a 99% increase or a 49% collapse is not a bubble…?), it at least allows them to investigate the rich history of our financial past. And it’s a lot more useful than entirely empty ones we may get from Nobel Laureates Robert Shiller or Joseph Stiglitz (where “’fundamental’ factors do not seem to justify such a price”).

What’s so insightful about this definition is that it’s entirely backward-looking, meaning that one can only assign the bubble label after the fact. In principle it becomes impossible to foresee a bubble, as we only know its price movements after it has collapsed.

Take the spring of 2021. We have plenty of bubble candidates, and assets that quite a lot of people think are mispriced: some that come to mind are Bitcoin, GameStop, AMC, and the more recent price movements in the lumber market. The Wall Street Journal reported last week on the lumber prices that unexpectedly shot up during the post-Covid opening: “The bubble now appears to have burst, even though prices remain roughly three times higher than they normally are this time of year.” Lumber futures almost qualify for Quinn and Turner’s bubble definition: they doubled in a few short months and have now fallen by over 40%.

The Financial Times’ Robert Armstrong doesn’t consider that a bubble: “Rising lumber prices have been everyone’s favourite example of what results from clogged pandemic supply chains and the booming post-virus economy.” These are just standard supply-and-demand reactions in a congested market, operating somewhat faster than we’re used to. Market participants forecasted a future with lots of housing construction, with bottlenecks delaying supply responses, and positioned themselves accordingly. In the very short run that meant prices for lumber futures shot up. For a while the story seemed to play out, with lots of anecdotal evidence, credit card data, and housing starts suggesting a post-pandemic boom in building and “fixing up around the house.” Then supply responses kicked in and demand tapered off as one would expect from suddenly very high prices. Lumber prices came back down again.

So, if lumber prices in 2021 can be either a perfectly normal – even trivial – operation of the market economy or a bubble that clearly burst, depending on the journalist covering the event, does the term really mean anything?

The Trouble with Bubbles: Nobody Knows the Future

I have long argued the negative. The above illustrates that bubbles only become bubbles in hindsight, long after it’s clear that the most high-flying projections held by its proponents were not validated by the future.

Let’s go back a few years to another recent episode of seemingly obvious bubbles. I remember a conversation I had with some finance-savvy friends about Netflix – around 2016 or so I think, when the share had passed $100. Its P/E ratio (market capitalization divided by earnings, a common metric to gauge stock valuation) was in the 300 range, which if you’re not attuned to valuation and financial news is absolutely ludicrous-bonkers-crazy high. It was an obvious bubble, they said, and they had plenty of ammunition to back up their claims. Netflix couldn’t possibly monetize enough subscribers to justify that valuation; they would have to conquer the globe to make sense of that stratospheric valuation; they’re at the mercy of movie producers and copyright holders and couldn’t possibly succeed; and were they to be successful, competitors would swamp their market and drive down prices (think HBO to Hulu to Disney – or new entrants like Amazon).

These were all sensible arguments, and Netflix’s story did seem too good to be true. But instead of collapsing as the bubble it “obviously” was, over the next year Netflix stock doubled; and then doubled again. Today it stands at more than 5x what it was back then. If you thought of Netflix as a bubble and it now trades at 5x the price of your bubble call, you have an inconvenient decision before you:

The last one is probably the most common and should probably be characterized as a “cop-out” (or a version of 1) since there are always changing fundamentals in a capitalist world of change. We know a lot more now: about the expansion of streamed entertainment, about the number of households willing to pay for subscriptions, the ability of Netflix to hire the top people in the movie industry and make shows and films in-house. Long in the making, Netflix started its first original content in 2012 and hit the jackpot with House of Cards the next year. By making content in-house, instead of relying on licensed agreements of others’ shows and movies, Netflix increased their margins and the perceived value of their subscription package to viewers. After all, to watch House of Cards (and Witcher and Stranger Things and The Queen’s Gambit), you needed a Netflix subscription.

At the time, you may reasonably say, none of that was clear. Fair enough, but clear to whom? Some people saw it, putting their money where their future beliefs were, and made a good buck in the process. Those who didn’t, and loudly professed “bubble”… moved on to find bubbles elsewhere, with no sense of cognitive dissonance. Their intellectual descendants, and in some cases the exact same people, are now at the forefront of the attack on other frothy valuations and high-flying promises.

That is not to say that the Teslas and the GameStops and the Bitcoins of today aren’t bubbles; they may be, due for corrections of bubble-like implosions rivaling those of our financial past. The point is, we won’t know until after – long after.

The kindest thing I can say about those confidently throwing around the b-word at everything they dislike or don’t understand is that their judgments are premature.

This article, The Bubble That Never Was: Finance’s Definition Problem, was originally published by the American Institute for Economic Research and appears here with permission. Please support their efforts.