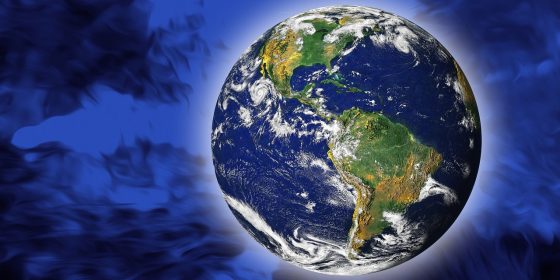 There isn’t going to be enough food for everyone this year.  We have been waiting for the nightmarish global food crisis that so many have warned us about, but we don’t have to wait for it anymore because it is already here.  Millions upon millions of people around the globe will be desperately hungry tonight, but what we are experiencing right now is just the tip of the iceberg because things will be so much worse by the end of 2022.  If you don’t want to believe me, hopefully you will believe some of the experts that I quote in this article.

For example, the CEO of Gro Intelligence just told the UN Security Council that we are facing a “seismic” crisis that will reach an extremely painful phase in about 10 weeks…

The world has only 10 weeks’ worth of wheat left to deal with the crisis, according to Sara Menker, CEO of Gro Intelligence.

“This is seismic,” Menker said during a special meeting of the U.N. Security Council. “Even if the war were to end tomorrow, our food security problem isn’t going away anytime soon without concerted action.”

Of course many others are issuing similar warnings. A top aide to Vladimir Putin named Maksim Oreshkin says that a worldwide famine “will occur closer to autumn”…

“It is important that in the conditions, for example, of a global famine that will occur closer to autumn, by the end of this year all over the world, Russia should not suffer, but be fully provided with food,” Oreshkin said.

On the other side of the conflict, Ukrainian President Volodymyr Zelenskyy is warning that the war in his nation is going to have a catastrophic impact all over the globe…

“Russia has blocked almost all ports and all, so to speak, maritime opportunities to export food – our grain, barley, sunflower and more. A lot of things,” Zelenskyy said Saturday. “There will be a crisis in the world. The second crisis after the energy one, which was provoked by Russia.”

“Now it will create a food crisis if we do not unblock the routes for Ukraine, do not help the countries of Africa, Europe, Asia, which need these food products,” he added.

Let me give you one more source.  The head of the UN World Food Program is telling us that global food shortages are “worse” than anything that we witnessed back in 2011…

Speaking at the World Economic Forum (WEF) in Davos, Switzerland, David Beasley, executive director at the UN World Food Programme, warned the world’s food security conditions are “worse” than what was observed during Arab Spring over a decade ago.

He is particularly concerned about the lack of exports from Ukraine, because that country “normally feeds 400 million people”…

“What happens when you take a nation [Ukraine] that normally feeds 400 million people and sideline that … it’s devastating to global food security,” he warned.

This crisis is very real, and it is going to affect every man, woman and child on the entire planet.

The truth is that we were heading toward a horrifying global food crisis even before the war in Ukraine erupted, and that is because fertilizer prices have gone absolutely crazy.  Of course the war has made things even worse, because Russia alone normally accounts for approximately 20 percent of all global nitrogen fertilizer exports.  And it would be extremely difficult to overstate the importance of nitrogen fertilizer…

In fact, according to noted Canadian energy researcher Vaclav Smil, two-fifths of humanity –more than three billion people—are alive because of nitrogen fertilizer, the main ingredient in the Green Revolution that supercharged the agricultural sector in the 1960s. The chemical fertilizer trifecta that tripled global grain production—nitrogen (N), phosphorus (P), and potassium (K)—enabled the greatest human population growth the planet has ever seen. Now, it is in short supply, and farmers,  fertilizer companies, and governments around the globe are scrambling to avert a seemingly inevitable tumble in crop yields.

“I’m not sure it’s possible any more to avoid a food crisis,” says World Farmers’ Organization President Theo de Jager. “The question is how wide and deep it will be. Most importantly, farmers need peace. And peace needs farmers.”

Here in the United States, soaring fertilizer prices are putting an extraordinary amount of financial stress of our farmers.

Rodney Rulon is better off than many farmers this year. A progressive farmer in Arcadia, Indiana, he has been using no-till techniques, cover crops, and chicken litter on his family’s 7,200 acres of corn and soybean fields since 1992. Combined with extensive soil testing each year, he’s cut his chemical fertilizer use 20 to 30 percent, he says—but it’s still his largest input.

Most farmers in the western world will bite the bullet and pay the higher prices.

But in poorer nations all over the globe it is going to be a different story.  Many farmers in those countries will either be greatly cutting back on fertilizer or won’t be using any at all this year.

As a result, production will be way down.

And that will mean that global food supplies will be getting tighter and tighter.

You may be tempted to think that hunger is an issue for the other side of the planet, but the reality of the matter is that it is already starting to hit home in some of the wealthiest nations.

For example, one recent survey found that approximately a quarter of all Britons are already “skipping meals”…

A quarter of Britons have resorted to skipping meals as inflationary pressures and a worsening food crisis conflate in what the Bank of England recently dubbed an “apocalyptic” outlook for consumers.

More than four in five people in the U.K. are worried about rising living costs and their ability to afford basics necessities like food and energy over the coming months, according to a new survey released Tuesday.

Here in the United States, the nationwide out of stock level for baby formula just hit another alarming new high…

Out-of-stock percentage for baby formula stood at 45% nationwide for the week ending on May 15, according to retail data firm, Datasembly.

In April, baby formula shortages hit 30% before jumping to 40% at the end of the month, according to Datasembly. By early May, the out-of-stock rate rose to 43%.

Sadly, this is just the beginning.

The real problem will be the food that is not grown and not harvested in the months ahead.

Winter wheat will soon be harvested in the U.S., and thanks to the historic drought in the western half of the country it is being projected that the total amount harvested will be “the smallest since 1963”…

Some farmers already are writing off losses from parched grains. The US Department of Agriculture expects lower yields in Kansas, the top-growing state for hard red winter wheat, a staple relied on for bread flour. The shortfall is seen by USDA as pushing national production to the smallest since 1963, fueling fear of global food shortages as war in Ukraine and weather challenges elsewhere puts supplies at risk.

Today, the population of the United States is 329 million.

On top of everything else, skyrocketing energy prices are also making things extremely difficult for our farmers.

On Monday, the average price of a gallon of gasoline in the United States reached another all-time record high…

Prices at the pump have hit another record high on Monday, the same day President Joe Biden discussed the United States’ and the world’s ‘incredible transition’ away from fossil fuels.

The new nationwide average now at just under $4.60 per gallon, the highest ever recorded by the American Automobile Association (AAA)’s gas price tracker.

But if you think that $4.60 is bad, you should check out the prices in California.

At one station in Los Angeles, consumers were being charged $7.29 a gallon.

And as things get worse and worse, the American people are becoming increasingly restless.  In fact, a CBS/YouGov survey that was just released discovered that just 6 percent of Americans believe that things are going “very well” in this country.

So what will that number look like six months from now when global food supplies are much tighter than they are at the moment.

In my entire lifetime, we have never faced anything like this, and so the vast majority of us have absolutely no frame of reference for what is about to happen.

A “perfect storm” is here, and the vast majority of the population is completely and utterly unprepared for it.