The Ancient Desire for Freedom 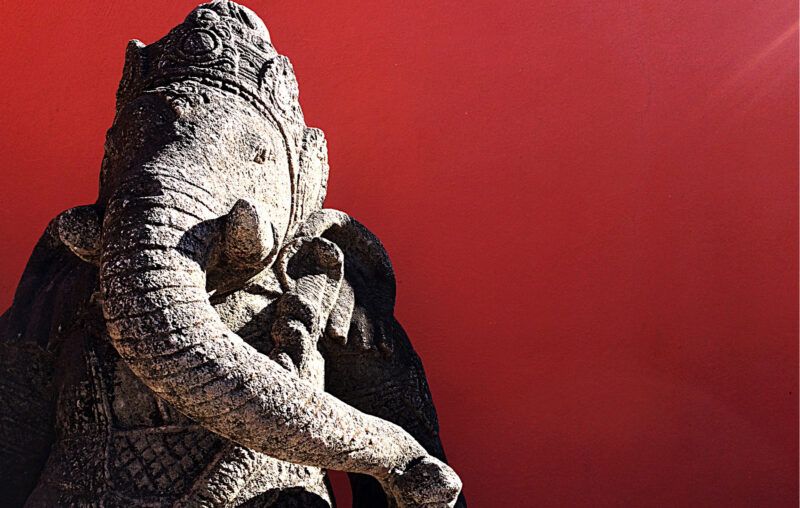 We live in an age where we are the beneficiaries of thousands of years worth of scholarly thought on the value of a free and open society. In the year 2021, we have the privilege of living in a world where we can now show empirically that a free society outperforms all other systems that have been tried. Nobody can deny that a government that protects private property, free exchange, and basic civil liberties is one that can facilitate the most prosperity for the most people. There is a powerful correlation between protecting economic freedom and economic growth. The safest form of government is a limited government with checks and balances through an enforced constitution, coequal branches of power, and dispersed decision-making rights. In particular, Elinor Ostrom won the Nobel Prize in 2009 for outlining the superiority of a polycentric style of government with dispersed and competing centers of power.

It has also become rather fashionable, especially with critical theorists of the Marxist and intersectional Marxist persuasion, to paint the institutions of liberty as recent innovations to preserve racism and power. Some respected historians, for example, would argue that the ideas put forth by the great 20th century American economist and political scientist James Buchanan were a conspiracy to preserve racism. Critical Race Theorists in the legal profession would argue that important institutions like the Constitution and the free speech it protects are mostly in place to uphold racial hierarchy.

Although there is no doubt that bad actors have done things in the name of liberty to advance such wretched goals, to suggest that the institutions of liberty, such as free markets or limited government, exist primarily for such ends would be historically ignorant. The desire for freedom and the importance of the institutions that enable human flourishing in a free society go back as far as history can recount.

From Mesopotamia to 21st Century America

Originally written in the Akkadian language in Mesopotamia, the Epic of Gilgamesh is regarded as humanity’s oldest known piece of literature. It is widely known for its sophisticated narrative structure that checks off all the boxes that one would learn about in a writing class. The epic itself features all the aspects of a great story from character development, initial self-doubt, a rising action, divine intervention, a climax, and plenty of scenes involving mystical beings.

As Tom Palmer explains in this talk here, the beginning of the Epic of Gilgamesh is an early articulation of the desire to be free and points out the importance of checks and balances. Gilgamesh is a powerful and learned king who dominates the city of Uruk. He most notably rapes young women on their wedding days to humiliate their families and exert his dominance. One summary explains the plot by writing,

“Gilgamesh dominates the city and its people, leaving no young man free to go to his father, and no young wife free to go to her bridegroom. The citizens plead with the sky god Anu for help, and their prayers are answered. The gods create a primeval man, Enkidu to be a counterbalance to Gilgamesh.”

By writing this, the ancient inhabitants of Mesopotamia were expressing two things in particular. The first being that they were articulating the desire for individuals to be free of domination. They were putting forth the fact that humans were not meant to be oppressed and that individual dignity ought to be respected. The second and more subtle point was that society is free when its rulers are checked by equal powers. Enkidu, a mythical being, was sent down to counterbalance Gilgamesh and challenged him to a fight after hearing about his behavior with young women. This aspect of the story demonstrates an early understanding of the necessity for checks and balances on power. When there is an oppressive leader exerting arbitrary will upon society, a body of equal power must be present to check their power. When that is accomplished, and people are able to live their lives free of the will of their oppressor, which is usually the government, society flourishes on its own.

From this point, the rest is literally history. Humanity embarked on a perilous journey over thousands of years to get to the point we are at now.

The free and prosperous society that we live in today truly stands atop the shoulders of intellectual giants; some still alive today, most going back to antiquity. The pantheon of intellectuals who made contributions to the ideas of human liberty and prosperity is endless. Men like Nobel Laureates James Buchanan and Friedrich Hayek gave us enduring insights such as public choice theory and the knowledge problem.

Such ideas, respectively, made us understand how government institutions work to forward their own interests and how believing that government can centrally plan society is a fatal conceit. Women like Rose Wilder Lane, Isabel Paterson, and Ayn Rand, through their prolific writings, help lay the foundation for the modern liberty movement. Paterson’s book God of the Machine outlined a defense of free-market capitalism and limited government in 1943, a time when these ideas were fading from the world. It consequently launched a global movement. Ayn Rand’s many books ignited a permanent cultural force dedicated to the pursuit of private enterprise and shattered the fragile moral assumptions surrounding paternalistic government.

These are just a few names from the 20th century. One could go back throughout time and find inspiring figures who espoused radical ideas pertaining to individual worth and sound economics. The famous abolitionist and former slave, Frederick Douglass, championed ideas pertaining to natural rights and made constitutional arguments supporting the abolition of slavery. The Founding Fathers were towering philosophers of liberty and good government. The Constitution and the Declaration of Independence were great documents written hundreds of years ago with enduring insight on the idea of a limited government. A greater and more consequential discussion of liberty and the structure of a good government can be found in the Federalist Papers and the Antifederalist Papers.

Of course, the Founders didn’t get these ideas on their own; many of their inspirations came from the Enlightenment and earlier. The great Enlightenment philosopher Montesquieu laid out a stalwart case for the necessity of checks and balances in government. Stanford Encyclopedia of Philosophy summarizes his views by writing,

“He believes that to live under a stable, non-despotic government that leaves its law-abiding citizens more or less free to live their lives is a great good, and that no such government should be lightly tampered with.”

His case for a government with checks and balances is famously articulated in his book The Spirit of the Laws.

Keep going further back in history and you only find more great works espousing the necessity of liberty, both civil and economic. This holds even across different civilizations, albeit it was the West that truly capitalized on these ideas.

The ancient Chinese philosopher Laozi articulated a refutation of authoritarian government thousands of years ago. One famous line of his was,

“The more laws and restrictions there are, the poorer people become. The more rules and regulations, the more thieves and robbers.”

Thousands of years before the tenure of any mainstream economist or legal theorist, people like Laozi were already hinting that systems that enable a free society may be the most optimal forms of government.

Today, there is certainly a dangerous revisionist campaign, led by liberty skeptics attempting to paint the institutions of freedom as recent innovations to entrench systems of hierarchy and racism. However, the ideas of a free society are ones that truly date back to antiquity, although they are only seeing widespread implementation in the modern era. It goes without saying that their application is what led to modernity in the first place. From the ancient Epic of Gilgamesh to the cutting-edge work of today’s scholars, liberty has shown itself to always be unfinished business. Every generation has stories of struggle and wisdom to share on the maintenance of a free and open society, humanity’s greatest innovation.

This article, The Ancient Desire for Freedom, was originally published by the American Institute for Economic Research and appears here with permission. Please support their efforts.