The 50 States Suffered Differentially During the Lockdowns and Pandemic 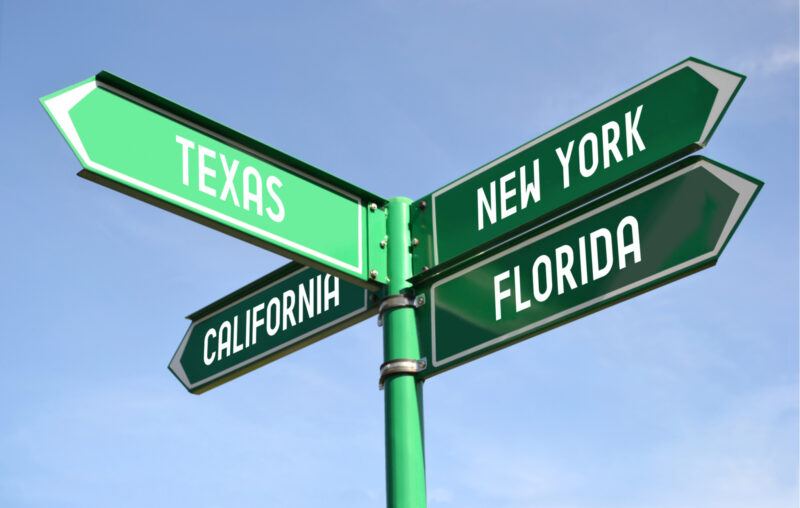 The economic outcomes for each of the 50 states varied considerably over the course of the 15 months following the disruptions caused by the lockdowns and the Covid pandemic. The purpose of this brief note is to document those differences, with particular emphasis on the surprisingly large effects that variations in Federal, State, and Local government spending had on the course of recovery.

Based on the recently published Real Gross Domestic Product (rGDP) data through the end of the first quarter (21Q1), the US economy has almost fully recovered to the prior peak levels reached in the fourth quarter of 2019 (19Q4).

In the US, the policy response to the Covid-19 pandemic led to mandatory lockdowns, masking and social distancing. These policies and general fear led to a massive retrenchment in consumer and spending. The economy collapsed by 10.1% through the end of June 2020. The subsequent recovery from the lows was 10.3% by the end of March this year. This recovery does not completely offset the previous decline as rGDP is still off its prior peak by 0.9%.

But the big picture description obscures some important details at the state level and in particular reveals major differences in the effect of government spending on the local state economies.

Fourteen states exceed their 19Q4 levels of economic activity. The extent of recovery ranged from a small 0.2% for Kansas to a whopping 4.0% for Utah. (See second table for full details):

But what about the role of government spending? Did that help offset the economic pain? In most cases it did. Digging into the data more deeply we found that in seven states, government spending was a drag and made things worse by anywhere between -0.4% and -1.5%:

Other than North Dakota the data shows that these states were harder hit by the effects of the lockdowns and pandemic and have struggled to recover. Curiously states like Florida and Nevada were not as badly affected despite their dependency on tourism.

But the story of disparate regional economic effects ise more complicated – surprisingly so. In every state local government spending declined and has not recovered to its previous levels. For example California is still 8.3% below its 19Q4 peak. Oregon is off by 7.4%, Washington off by 7.1%, Wisconsin off by 7.2%. Table 3 reveals some surprising numbers).

Every state is off its peak, but one – North Dakota. The average spending by state and local governments is still off the 19Q4 levels by an average of 5.4%.

Federal spending, on the other hand, increased on average from the 19Q4 level by 2.2%. Here as well there was considerable disparity ranging from a 3.2% decline in Iowa to an increase of 7.5% in West Virginia.

In the aggregate government spending at all levels (federal, state, and local) had a mildly negative 0.3% effect on the economy.

This is somewhat surprising. Government spending is presumed to have a stabilizing effect on the economy. While that was true at the Federal level, it was wildly the opposite case at the state and local level. Of course, the Federal government can print money whereas states cannot and they have limited capacity to balloon their debt. Of course we do not know much about the state of state and local finances. The data are incomplete, but anecdotal information suggests that a great deal of the aid to states was not spent and they are in better fiscal condition than is advertised.

So the bottom line is that the private sector actually did a better overall job in most states than governments in terms of managing state and local economic progress.

This article, The 50 States Suffered Differentially During the Lockdowns and Pandemic, was originally published by the American Institute for Economic Research and appears here with permission. Please support their efforts.