Test of Time: The Most Important Failure of US Covid Response 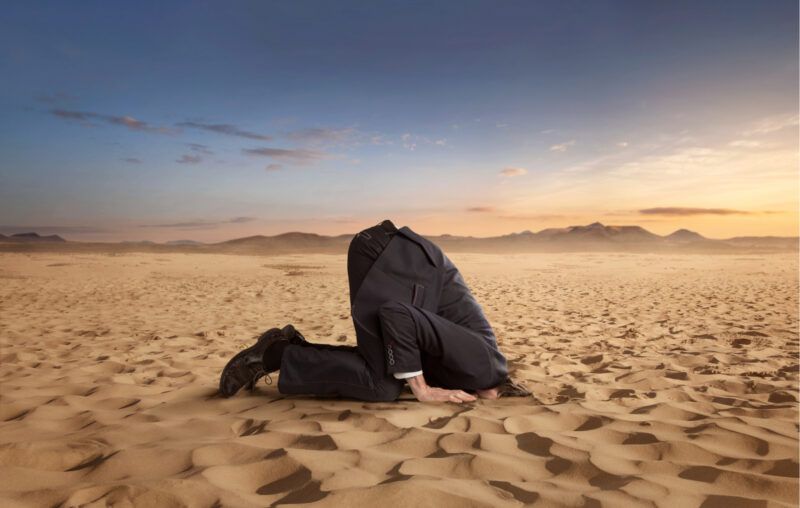 “Not until two and a half months after the virus was first spotted did the capitalism capital of the world let the private sector do what they do best – make stuff for the masses.”

The “capitalism capital of the world,” according to National Public Radio at least, is the U.S. That’s debatable, but the reporter was right about the mistake the American government had made about delaying licensing and distribution of the test for Covid-19.

In fact, it is becoming clear that the U.S. failure to yoke up with the private sector is the most important, but least-commented on, failure of Covid response overall. The pattern is clear, and frankly embarrassing. We can do better, and we must.

My own view is that both of the dominant “models” of Covid response, suppression and mitigation, are unworkable in a large federal system such as the U.S. (Suppression is also problematic even in small unitary systems, but that is another subject). The only plausible response is a flexible version of focused protection, a system that takes seriously the very real constraints of social acceptability and medical feasibility. In my view, “focused protection” should be seen as an extension of the Hayekian notion of “local knowledge,” with individual responses augmented by state capacity where it is necessary for the most vulnerable populations.

This would mean that the least vulnerable would have substantial freedom to mingle, go to restaurants and bars, attend outdoor events, and live their lives without interference. The most vulnerable, however, especially in group settings such as nursing homes or workers in chicken processing plants, would receive substantial targeted assistance with managing exposure when healthy, and quarantining in the case of infection.

The problem is obvious: local knowledge requires actual knowledge that is both accurate and timely. And that’s why official American intransigence, particularly the refusal to license and dispense tests through private sector distribution networks, is so hard to understand.

Contact tracing is a plausible response in concentrated populations, but it requires substantial infrastructure and an alarming intrusion into the privacy of citizens. Fast, and (reasonably) accurate at-home testing allows for personal responsibility and voluntary self-quarantine. These are not perfect, but many—and likely most—people would be willing to stay home if they know they are infectious.

But folks have no way of knowing, no way of acquiring the specific, timely “local knowledge” that would allow them to act responsibly. That’s not because there are no reliable at-home tests available; these tests have been proven and widely distributed by the European Union in many countries, with good results.

This systematic failure to use the research, manufacturing, and distribution capacities of the private sector has hamstrung the U.S. response from the outset. An NPR report in March 2020 chronicled how the U.S. Centers for Disease Control, once an international “gold standard” for competence and capacity for excellence, made repeated errors that compounded the problem, compared to other nations.

January 16: German and other European Union scientists complete and begin to license test for Covid infection.

January 28: U.S. CDC posts preliminary “protocol” for testing. But the test itself is inaccurate, and has to be pulled back. This was strange for two reasons:

February 21: More than a month after the German test had been available to the rest of the world, the CDC managed to put together an effective test, and makes it available to public labs. But private labs are still prohibited from administering the test or processing the results from other medical sources.

I’ll stop there, because most of us know the rest of the story: The Trump administration imposed a “15 days to flatten the curve” lockdown, which instead lasted nearly 15 months. Operation Warp Speed, finally enlisting private resources, helped the U.S. catch up and then pass many other countries in terms of medical response and the ability to reopen broad sections of the economy, at least in some states.

Attempts to use either systematic suppression or mitigation cannot work in a geographically large, culturally diverse, democracy that honors federalism.

But accurate, timely information available to individuals, provided by private firms that have established distribution and testing infrastructure, could have been—and still can be—a substantial part of the solution. Allowing people to manage their own behavior and make judgments about their own level of risk could have saved tens of thousands of lives. As Ryan Bourne notes in his book, Economics in One Virus:

Scientist Ed Young has described the testing failure as “the original sin of America’s pandemic failure.” He concludes that if “the country could have accurately tracked the spread of the virus, hospitals could have executed their pandemic plans, girding themselves by allocating treatment rooms, ordering extra supplies, tagging in personnel, or assigning specific facilities to deal with COVID-19 cases.” (p. 137)

Lacking such information, hospitals had to take a much blunter approach, either deferring all procedures (which ended up in many empty beds, and emergency tents that were never used), or continuing with procedures and in some cases being forced to put Covid patients in hallways and break rooms because the facilities in some localities were unexpectedly overwhelmed. Blind ignorance of the development of new infections meant that hospitals were forced to apply a one-size-fits-all policy, which meant wasted resources in some areas and needless, artificial scarcity and wartime-condition triage in others.

As Bourne notes, with justified incredulity, “Unbelievably, working diagnostic tests developed in the United States were being used in Sierra Leone before the FDA allowed them to be used here.” Bourne points out that the delay in allowing existing, effective testing in the U.S., based on cheap, instant paper-strip diagnostic procedures, was entirely due to the FDA’s insistence that these tests must be as accurate as the polymerase chain reaction (PCR) tests that required physically traveling to a medical facility and then waiting, sometimes for 24 hours or more, for the results.

As early as September 16, 2020, an article in Nature accurately forecast the consequences of the U.S. authorities dragging their feet on fast testing:

Countries such as South Korea and New Zealand have succeeded in boosting PCR-based testing, but scaling up these tests has proved difficult elsewhere. The United States, for example, has seen a slow and poorly coordinated response to outbreaks, faulty tests from the Centers for Disease Control and Prevention (CDC) and problems with the supply chain. All of this has hindered efforts to collect and process samples for PCR, pushing waiting times to days or even weeks. These delays, along with a lack of tests, have contributed to the rampant spread of COVID-19 across the country…

It is true that the effectiveness of the fast tests varies substantially based on conditions, in a way that the PCR tests—which are very accurate even close to initial exposure—do not. One might plausibly argue that false negatives would lead some people to believe that they can safely visit an at-risk family member when it is not. But the comparison for most people is not the accurate PCR; it is nothing. A reasonably accurate, relatively cheap, and immediate test is available already in Europe; why not here?

My claim is that Friedrich Hayek’s insight about local knowledge and individual responsibility has been insufficiently recognized as a useful guide for public health. But I hope that after reading my argument about testing the reader can look at Hayek’s claim in a new way, allowing people to make not just economic choices but choices about health in a way. Here is what Hayek said, as if it were ripped from yesterday’s headlines:

Today it is almost heresy to suggest that scientific knowledge is not the sum of all knowledge. But a little reflection will show that there is beyond question a body of very important but unorganized knowledge which cannot possibly be called scientific in the sense of knowledge of general rules: the knowledge of the particular circumstances of time and place. It is with respect to this that practically every individual has some advantage over all others because he possesses unique information of which beneficial use might be made, but of which use can be made only if the decisions depending on it are left to him or are made with his active cooperation.

This article, Test of Time: The Most Important Failure of US Covid Response, was originally published by the American Institute for Economic Research and appears here with permission. Please support their efforts.