Taiwan is a Great Country 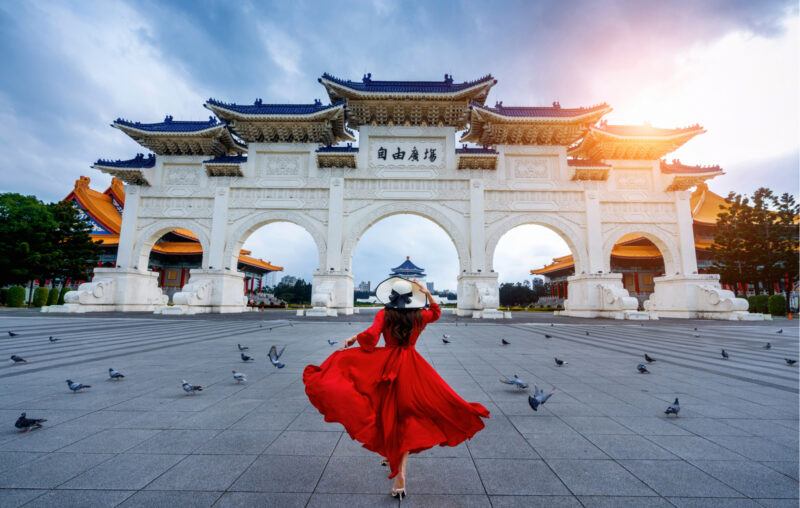 The internet is having a field day over a seemingly trivial mishap involving actor and wrestler John Cena, who apologized for calling the island nation of Taiwan a country. That is a massive point of issue for the Chinese Communist Party as they continue to claim that Taiwan is part of China. NBC News provides the context by reporting,

“In an interview to Taiwanese broadcaster TVBS earlier this month, Cena sparked controversy while promoting the ninth installment of the Fast & Furious franchise when he said, “Taiwan is the first country to watch Fast and Furious 9.”

China is one of the world’s largest consumers of films so it is understandable but disappointing that Cena is taking steps to appease the Chinese on this matter. A similar issue arose earlier regarding the Hong Kong protests and the NBA, which also made concessions to China, likely to maintain market access.

“It’s the western political correctness. he (sic) wants Chinese people to forgive him but he also doesn’t want to offend idiot Taiwan and the West.”

It should be common knowledge at this point that the CCP maintains an iron grip on free expression and thought. Ethnic Chinese people who reside outside the influence of the party likely share no such issue with Taiwan.

Of course, foreigners, like John Cena, wouldn’t understand the internal politics of China. The main problem with this statement is, of course, Taiwan is not part of China’s “internal politics.” It’s been an independently operating nation-state since its formal establishment in 1949 and has a history dating back to antiquity.

To give the Chinese government credit, Taiwan is not recognized as a formal country by most nations around the world. The simple reason is that the Chinese government threatens any country that tries to do so. The Chinese government wishes to annex the island of Taiwan to fulfill a tired old vision of the great imperial Chinese empire of centuries past. The CCP has used this rationale to justify its invasions of Tibet and East Turkestan, more commonly known as Xinjiang. Two once independent nation-states now living under the authoritarian horrors of the CCP.

Regardless, Taiwan is a fully functioning and independent democracy off the coast of China. It has every single component of a country one could think of, from one of the top militaries in the world, free elections, its own currency, bureaucracy, global trade, a court system, the list goes on. Taiwan is also the first Asian country to legalize same-sex marriage. The CCP does not and has never exercised authority over Taiwan. As a result, Taiwan is one of the freest nations in the world with a bustling market economy.

The standard of living in Taiwan, due to its liberal democratic values and open economy, is far higher than that of China. According to My Life Elsewhere, those residing in Taiwan compared to China experience 2.8 times higher earnings and are half as likely to live below the poverty line. If anything, Taiwan, which was mainly settled by Chinese immigrants among other groups, is a model of what a free China could be, instead of the oppressive dictatorship that it currently is. Of course, at this point, calling Taiwan a free version of China would be misleading, as a survey in 2020 showed that a record 83% percent of respondents would now identify as Taiwanese and not Chinese.

Taiwan is a fantastic tourist destination to visit when the world opens up. Its unique culture is influenced by China and Japan as well as its aboriginal inhabitants. The tropical island features modern infrastructure and Michelin star restaurants alongside gorgeous natural wonders like its many hot springs, mountains, and its famous Sun Moon Lake. Taiwan is also well known for its night markets, which are a staple of Taiwanese culture and widely viewed as one of the top street food scenes in the world. One of the tallest buildings in the world, Taipei 101, is located in Taiwan’s capital, Taipei.

In short, Taiwan is not just a country that ought to be recognized, it’s a global treasure. Not just because it’s a great cultural spot or one of the United State’s top trade partners, but a global force for good.

Was Taiwan Ever Part of China?

China would be correct that at certain points during its history such as during the Qing dynasty, it maintained control over the island of Taiwan. However, when viewed in a larger context, the Chinese were simply just visiting. The first inhabitants of Taiwan were actually aboriginal groups that had more in common with the civilization that settled the Pacific Islands rather than East Asia. One of the earliest and most notable colonizers of Taiwan after this point was the Dutch Empire. The Portuguese gave Taiwan its nickname Formosa sometime in the 16th Century. The Chinese formally annexed Taiwan in 1683 during the Qing Dynasty, which no longer exists of course, and if you want to get real technical, the Qing Dynasty was actually led by the Manchurians.

In 1895, China ceded Taiwan to Japan after the Treaty of Shimonoseki, to which Taiwan would become a Japanese colony until 1945. After Japan lost World War II the United States gave Taiwan to the Kuomintang, which was the nationalist faction in the still ongoing Chinese Civil War. After being defeated by the Communist faction that went on to control China, the Kuomintang set up a military dictatorship in Taiwan in 1949 where it would use the name Republic of China as its official name but also be referred to as Taiwan. At the time, its leaders had ambitions of retaking the mainland. After this dream faded from reality, and after decades of activism, Taiwan eventually held its first elections and liberalized into the free country it is today. While all this was happening the people of Taiwan began to form their own national identity, to the point that the overwhelming majority of its residents, as well as members of its diaspora, identify themselves as Taiwanese.

In short, Taiwan can certainly be considered part of the Chinese civilization, much like Canada and the United States are part of the Anglosphere, if not less connected than that, but such affiliations warrant no political obligations. It has also never been controlled by the current Chinese regime: the People’s Republic of China. Taiwan is a beautiful island country with an interesting history, it’s really not that complicated.

What Can The US Do to Help Taiwan?

The incident with John Cena was the most recent of a long campaign that involves pressuring Western companies and individuals to erase Taiwan’s identity. Organizations like the World Health Organization and the International Monetary Fund do not keep information on Taiwan at all. In particular, the WHO has consistently rejected requests for Taiwan even though it had an excellent performance with containing the virus. On top of that, the WHO Facebook Messenger app that gives updates on a country’s Covid statistics when asked displays an error message when Taiwan is inputted. American companies have also been pressured to stop calling Taiwan a country for years.

What the United States can do is first continue normalizing relations with Taiwan diplomatically and continue bringing up Taiwan in international conversations. Furthermore, trade relations should be expanded with a free trade agreement, which will not only allow Taiwan to reduce its dependence on Chinese trade but is also mutually beneficial. Finally, the United States should continue to maintain, if not expand, its military support of Taiwan. This includes approving bigger and more comprehensive arms deals as well as strengthening strategic ties with other key players in the Asia Pacific to ensure the Chinese military can be contained.

Taiwan is a country full of rich culture and a model of freedom not just in Asia but the world. Taiwan and the United States share a lot in common; the most important aspects being our commitment to human liberty, the rule of law, and shared prosperity. These are in striking contrast to Taiwan’s rowdy neighbor, the People’s Republic of China. If the CCP is looking for a country to question the legitimacy of, perhaps it should stop looking at Taiwan and look in a mirror.

This article, Taiwan is a Great Country, was originally published by the American Institute for Economic Research and appears here with permission. Please support their efforts.