Sweden to the Political Left of the Whole USA? 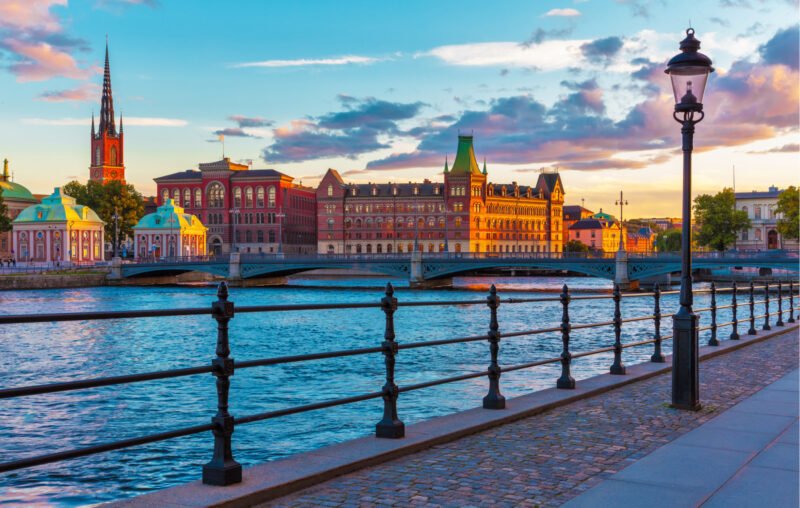 When in Sweden, I try to do small things for my wife, such as bring coffee in the morning. I also fetch the newspapers.

I asked my wife, “Does that say, Sweden is to the political left of the whole USA?” I had gotten that right.

The notion comes from Andrew Rosenthal, who was the New York Times opinion editor 2007 to 2016. The Svenska Dagbladet writer Malin Ekman talked with him because he has the title “chief editor” (chefredaktör) at the Swedish news site Bulletin.

Rosenthal’s position at Bulletin is odd for two reasons. First, while he is of the political left, Bulletin is thought of as otherwise. Ekman writes of “den liberalkonservativa nättidningen Bulletin”—or, the liberal-conservative newsmagazine Bulletin.

Second, Rosenthal, it seems, has little knowledge of Sweden. Ekman reports that he inspects draft material as rendered into English by Google Translate and Zooms from the United States.

Never mind his knowledge about Sweden, is Rosenthal speaking sensibly about politics? He is quoted, “A Swedish conservative stands to the left of the Democrats.” This and similar remarks prompted the “Sweden is to the political left the whole USA” teaser on the front page.

Rosenthal told Ekman, “You have a welfare state! That is left of the entire USA!” As Ekman intimates in the article, intuitively, many readers would disagree with Rosenthal’s remarks.

I want to articulate what I see as the chief error.

Leftists in the United States often point to Sweden as a picture of what America can and should be. But does Rosenthal—or anyone—really believe that if Bernie Sanders emigrated from the United States to Sweden, he would settle into the political center in Sweden? I don’t think so. In Sweden, Sanders would keep pushing in the same direction as he has his whole life in the United States.

Political outlook is essentially directional. It is about what direction one wants to move in, from the status quo. When someone moves from the United States to Sweden, her referent status quo has changed, but her directional urge probably has not. Bernie Sanders in Sweden would be as leftist as ever.

Essential to leftism is favor for greater governmentalization of social affairs. That urge may not show on every single issue, but on the vast majority of issues that urge has been characteristic of the political “left” ever since that term emerged in the English language 100 years ago (see here).

By greater governmentalization, I mean greater than the status quo. Discourse is contextual, and refers, if only implicitly, to status-quo contexts. What is to be done? Notions about destinations are quite secondary and often irrelevant. Political sentiments are chiefly directional, not destinational. (Michael Munger discusses the distinction here.)

I can’t help wondering whether Rosenthal knows that himself. Contrary to what he seems to imply, if one moves from one country to another, he or she usually will keep pushing in the same direction.

This article, Sweden to the Political Left of the Whole USA?, was originally published by the American Institute for Economic Research and appears here with permission. Please support their efforts.