Sweden: Despite Variants, No Lockdowns, No Daily Covid Deaths 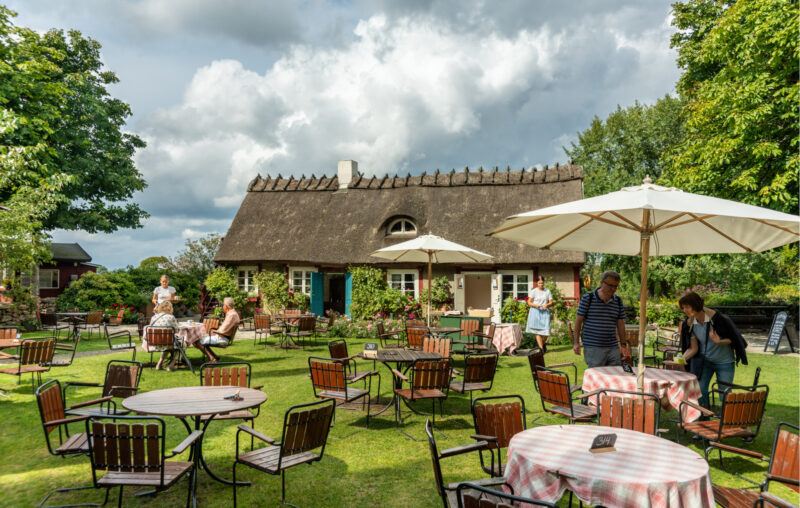 Since the Covid pandemic broke out, Sweden has been fought over more than any other part of Europe since Germany in the 30 Years War. In refusing to use an iron fist to control a virus, lockdown advocates claimed it was either committing murder or suicide; choose your favorite metaphor. Relatively few such as me, in three separate articles, claimed the Nordic country was sparing both the economy and something called “liberty” with its light-handed approach. My favorite title (editor chose it): “Media Enraged That More Swedes Aren’t Dying.”

Thus last year we saw such headlines as CNN’s “Deaths Soar In Country That Didn’t Lock Down. Officials Identify Big Reason Why.” Around the same time “Sweden Steadfast In Strategy As Virus Toll Continues Rising,” claimed another source. “Sweden’s Coronavirus Strategy Drives Up Infection Rate,” screamed the BBC. Everyone was playing pile-on. “Sweden Has The Highest Daily Coronavirus Death Rate In The World – And It’s Getting Worse.” That’s from Yahoo Sports. Sports?

Modelers desperately tried to scare Sweden into locking down. One predicted an incredible median of 96,000 deaths, with a maximum of 183,000. At Sweden’s Lund University an academic used the parameters in the now-infamous Neil Ferguson/Imperial College model to warn that it meant 85,000 deaths for Sweden. An Uppsala University team also found the nation paying a terrible price with 40,000 Covid-19 deaths by May 1, 2020 and almost 100,000 by June.

It’s not that Sweden did nothing – but very little. “From the onset of the COVID-19 pandemic, the Public Health Agency . . . embarked on a de-facto herd immunity approach, allowing community transmission to occur relatively unchecked,” declared a scathing editorial in the leftwing medical journal The Lancet last December. “No mandatory measures were taken to limit crowds on public transport, in shopping malls, or in other crowded places,” it said. “Coronavirus testing, contact tracing, source identification, and reporting, as recommended by WHO, were limited and remain inadequate.” High schools closed temporarily, but grade schools never.

“In our view,” snarled The Lancet, “there is still not sufficient recognition in the national strategy of the importance of pre-symptomatic and asymptomatic transmission, aerosol transmission, and use of face masks.”

Time to revisit Sweden as much of the world starts locking down and masking again regardless of vaccination levels, blaming the Delta variant. And those impudent Swedes are pretty much refusing to die of Covid at all.

Not to say that vaccines haven’t contributed to the current low numbers, but … cases peaked during the first week of January while vaccinations didn’t even begin until the end of that month. Currently Sweden ranks 18th in Europe in vaccines per capita, right in the middle. Likewise, there are those who say Sweden finally buckled down and imposed serious restrictions. It didn’t. It imposed more restrictions in the second week of January, perhaps more in response to international opprobrium than anything else. But yes, it was after cases not only had started dropping but actually plummeted by more than half.

What’s happening? According to an as-yet unpublished but online study by two Svenske researchers, it appears the country has reached that Holy Grail of Covid called “herd immunity.” That means a level where those already protected are significantly guarding those without exposure. Mind, they say, it’s not all from Covid-19 per se but possibly in great part to “pre-immunity” from other infections. Four coronaviruses are known to cause colds, but the researchers actually don’t even mention that. It’s just that previous exposure to something seems to be providing natural inoculation. And it shouldn’t be as unique to Sweden as Ingrid Bergman.

Mind, the current figures are just a snapshot. Did the country pay an awful price en route to the apparent herd immunity? Well, certainly the Swedish death rate is higher than its Nordic neighbors Norway, Denmark, and Finland. Those are the comparisons you’ll hear. But it’s well below the rates for larger-population European countries including Belgium, Italy, the U.K., Romania, Spain, France, and Portugal. The U.S., too.

Sweden’s chief epidemiologist Anders Tegnell, who caught absolute hell, feels vindicated. “Locking down is saving time,” he said last year. “It’s not solving anything.” In essence the country “front-loaded” its deaths and decreased those deaths later on.

Meanwhile, the Swede haters have also insisted that in exchange for its “butcher’s bill” the country was deriving little or no economic benefit from not shutting down.

“Sweden unlikely to feel economic benefit of no-lockdown approach,” warned the Financial Times in a May 10, 2020 headline. It admitted that so far Sweden has fared better, but select “analysts” cautioned it wouldn’t last.

Wrong. Despite Sweden inevitably feeling undertow from economies that did lock down, “Covid-19 has had a rather limited impact on its economy compared with most other European countries,” according to the Nordetrade.com consulting firm. “Softer preventative restrictions against Covid-19 earlier in the year and a strong recovery in the third quarter contained the GDP contraction,” it said.

Thus the country the media loved to hate is reaping the best of all worlds: Few current cases and deaths, stronger economic growth than the lockdown countries, and its people never experienced the yoke of tyranny.

Not surprisingly, it’s not just Sweden’s pro-freedom position on Covid that sticks in the MSM’s craw. Though routinely labeled “socialist,” it ranks 10th out of 190 economies for ease of doing business, according to the World Bank’s Doing Business report for 2020.

Which for a lot of people is presumably another good reason to hate them.

This article, Sweden: Despite Variants, No Lockdowns, No Daily Covid Deaths, was originally published by the American Institute for Economic Research and appears here with permission. Please support their efforts.