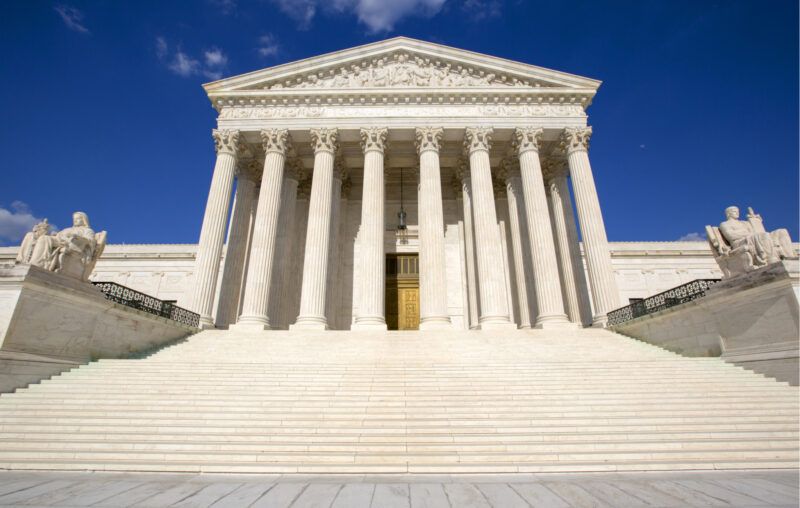 Economic and civil liberties should not be seen as two ideals to be weighed separately but as one set of inalienable rights that are inherent to our humanity. What is economic prosperity worth if you can’t speak your mind? What value is there to having civil protections if everything else in your life is regulated into despair? Oftentimes civil and economic freedom are intertwined in such intimate ways that there really is no difference. Sadly, today economic rights have taken a second class status under the current judicial status quo, which is why policies that infringe on things like free speech receive plenty of scrutiny yet arbitrary regulations on business pass with almost no oversight.

This is why a recent Supreme Court decision, Cedar Point Nursery v Hassid, is such an important win for those concerned with economic freedom, specifically property rights. The case was decided on June 23, 2021, and was split 6-3 on “expected ideological lines.” Although there was likely much nuance in the thinking of the various justices, the win is a much-welcomed departure from the Progressive status quo of deference to the will of the state. The case itself concerned an “access regulation” in California that allowed labor unions to enter a private property in this case, Cedar Point Nursery, provided that they dispense notice to the Agricultural Relations Board. After doing so, the owner of the property is mandated to allow access without contestation. Such a policy seems to have been clearly put in place at the behest of politically influential labor unions and to the expense of private citizens.

A Rare But Important Victory

Ilya Shapiro and Sam Spiegleman from the Cato Institute weigh in on the matter by explaining:

Cedar Point will go down as a big and clean win for property rights. California’s law is no mere labor regulation: it grants a right to be on the owners’ land three hours per day for 120 days per year. Ending it respects the constitutional rights of both the property owners and union officials, who lose only the ability to trespass for a third of the year.

The Fifth Amendment’s Takings Clause provides, “nor shall private property be taken for public use, without just compensation.” Here, even though the state didn’t seize any property outright, the Supreme Court has long recognized that if a regulation “goes too far,” it’s functionally equivalent to the use of eminent domain.

The Court’s recognition here that state-sanctioned trespasses, even if not permanent and continuous, are compensable takings is a major victory for property‐​rights advocates who have toiled for decades to expand the universe of per se takings beyond the narrow scope of permanent physical invasions or total‐​value‐​loss regulations.

The second argument is that the state of California has clearly not implemented the access regulation to make businesses safer, nor does the regulation confer reciprocal advantages, which would also make it a per se taking. Allowing labor unions to forcefully enter a private business and stir up commotion is by no means a necessity for safety nor is that benefiting the community as a whole.

The third point is that the state does not have the justification to use its police power because not allowing union trespassing on private land does not in any sense of the imagination pose a safety risk.

For decades, the state and a deferential court system have allowed the gradual unraveling of property rights to the will of the regulatory state. This has justified the aforementioned relegation of economic freedoms and autonomy to second-class status, with the government being able to intervene in economic life provided that it can merely find a rational basis. In the case of Cedar Point Nursery, California’s law essentially allowed property rights to be confiscated by the state for union access, three hours a day, 120 days a year, without just compensation. This was justified as being a “labor regulation” and “necessary for public safety”.

The Supreme Court finally handed a rare, but hopefully, consequential victory to those who respect the institution of property rights. In this case, the Court ended what was an incoherent charade to skirt around the 5th Amendment’s Takings Clause. A charade that attempted to call a blatant appropriation of private property to bolster the power of unions at the expense of property owners an exercise in public safety.

The Importance of Strong Property Rights

Our entire civilization is built on the foundation of private property. Such an institution not only creates strong economic incentive structures that lead to good practical outcomes but also has an important moral foundation. National Affairs recounts the rhetoric surrounding the Civil Rights Act of 1866 by writing:

Illinois Senator Lyman Trumbull, the leading champion of the legislation in the Senate, explained that the “first section of the bill defines what I understand to be civil rights: the right to make and enforce contracts, to sue and be sued, and to give evidence, to inherit, purchase, sell, lease, hold, and convey real and personal property.”… As a member of the House from Ohio argued, “It is idle to say that a citizen shall have the right to life, yet to deny him the right to labor, whereby alone he can live. It is a mockery to say that a citizen may have a right to live, and yet deny him the right to make a contract to secure the privilege and reward of labor.

(T)here are few examples of free societies that do not respect the rights of property owners. One could persuasively maintain that without guarantee of property rights the enjoyment of other individual liberties, such as freedom of speech, would be meaningless. Put simply, the absence of a system of private property renders self-government unlikely. As Justice Joseph Story explained in 1829: “That government can scarcely be called free, where the rights of property are left solely dependent upon the will of a legislative body.

For much of American history, this admiration and recognition of property rights remained a cornerstone of political as well as legal thought. However, much with everything concerning the size and scale of American government, this drastically changed during the 20th century, most notably during the Progressive Era. Ely writes:

Ely concludes by noting that although many of the judicial precedents have been unwound, the Progressive Era’s legacy on property rights is still salient. The new battle over the soul of constitutional interpretation has only begun and the end result is yet to be seen.

Cedar Point was a rare, well deserved, and sorely needed victory for private property rights, a once sacred institution that has all been desecrated over the years. In this case, the Supreme Court affirmed the right of individuals and dealt a blow to cronyist labor unions and their enablers in the government. The Court’s decision marks a step in the right direction towards a judicial regime that enforces the Constitution and does not view it as simply a welcome mat for the ambitions of state actors. Although it is only one decision, it should send a clear signal that in this country, under this constitution, the inalienable rights of individuals shall be protected from the mob as well as the Leviathan.

This article, Supreme Court Grants Rare Win For Economic Freedom, was originally published by the American Institute for Economic Research and appears here with permission. Please support their efforts.