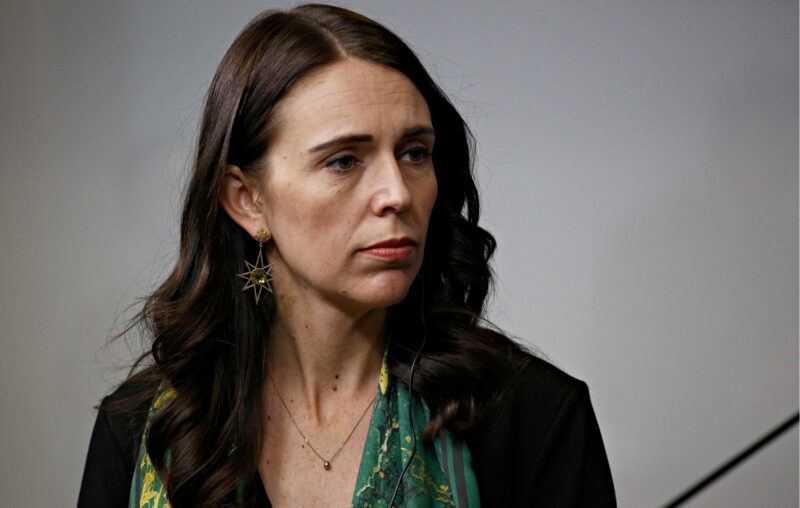 Biden was referring to online critics of Covid-19 vaccines, among whom there are plenty of cranks, to be sure. But heavying digital tech platforms to censor voices the government doesn’t like, even if it’s “for the public good”, is part of a worrying global trend towards more authoritarian government. There’s more at stake than public health.

A few days ago Jacinda Ardern urged New Zealanders to take all non-government information with a “grain of salt”. “Dismiss anything else, we will continue to be your single source of truth,” she said in remarks that would have been considered bizarre in the era Before Covid. “We will provide information frequently and share everything we can.”

Everything, however, didn’t extend to a health ministry report on the country’s elimination strategy that vanished online on June 24, a day after Atlanta-based attorney Michael Senger revealed its complimentary references to China on social media.

The report was embarrassing because it illustrated the pioneer of our novel response to the pandemic: the Chinese Communist Party, for whom controlling information is par for the course.

“The lockdown of 11 million people is unprecedented in public health history, so it is certainly not a recommendation the WHO has made,” the World Health Organisation’s Beijing representative said in January last year, referring to the Wuhan lockdown. The people of Wuhan became trailblazers for the 11 million Australians locked down across Victoria and NSW, and the hundreds of millions of others in between.

Eighteen months on, all the features of the Wuhan response – lockdowns, mandatory masks, surveillance and border closures – have become standard practice, despite each specifically being ruled out by the WHO in 2019.

The WHO understood such extreme measures in free societies would have profound and enduring economic, social, constitu­tional and political ramifications. Real life wasn’t a game of SimCity, where elite public servants, largely immune from the costs of their own decisions, could dial restrictions up and down.

Why the West junked all its pre-2020 disease management advice remains the most concerning and unanswered question of our time. In 2017, the US government updated its pandemic plan, spelling out clearly what governments should do based on the severity of any pandemic. It’s not surprising the Centres for Disease Control and Prevention hasn’t yet declared the severity level for Covid-19 because it would fall around category three based on its own criteria: in other words, not nearly severe enough to justify the measures used to contain it.

Even if another Spanish flu-type pandemic (magnitudes worse than Covid-19) emerged, schools should be shut for only 12 weeks at most, the plan said – certainly not for a year, as has been the case in California and some other states. Forcing businesses to close and well people to stay home and controlling information weren’t even canvassed.

Public health has always had an authoritarian streak, the idea the government knows what’s best for people. Indeed, anti-smoking policies emerged first in Germany in the 1930s.

Susan Michie, a prominent member of the Scientific Advisory Group for Emergencies committee that advises the British government as well as a member of the British Com­munist Party, repeatedly has slammed July 19 Freedom Day as reckless and urged government to make masks and social distancing compulsory forever to suppress the flu.

Coincidence? It’s almost as if for some public health advocates Covid-19 has been a springboard to increase permanently the power of government as much as it has been about saving lives.

Stanford University professor of medicine Jay Bhattacharya says there has long been a tension in public health between advising people how to be healthy and forcing them to be.

“There’s also a norm in public health that there has to be unan­imity in messaging … you have to all say the same thing, think the same thing,” he says.

That makes sense for smoking, for instance, where the link with cancer is overwhelming. But for Covid-19, where debate rages about the disease and its origin, let alone the best way to deal with it, censorship is inexcusable.

The professor himself was censored by social media back in April for appearing with Florida Governor Ron DeSantis on a live panel, where some experts questioned the benefits of compulsory mask wearing. “I thought it was good governance for the public to see a governor speaking publicly with experts, but instead it was removed from YouTube,” he says.

Public health has delivered extraordinary benefits – vaccines, sanitation, healthier food, cleaner water – saving millions of lives over centuries. But on Covid-19 many of its practitioners have gone rogue. The longer these restrictions stay in place, the more “normal” they will become and the harder to dislodge.

Twenty years after the September 11 terrorist attacks on the World Trade Centre in New York, airline passengers are still removing their shoes and having toothpaste confiscated, regardless of the risk terrorism now presents.

“When we at the US Health Department unveiled America’s first pandemic plan in 2005, then went to all 50 states to begin preparedness efforts, we never contemplated mandated lockdowns,” former US Department of Health official Jack Kalavritinos says.

Perhaps we have advanced as a society since those pandemic plans of 2019? If so, it’s towards a more authoritarian, controlling future. As part of its 100th anniversary celebrations this year, the Chinese Communist Party might count the successful export of disease management.

This article, Suppression Plans Straight From CCP Play Book, was originally published by the American Institute for Economic Research and appears here with permission. Please support their efforts.