Support for Lockdowns: A ‘Bootleggers and Baptists’ Phenomenon 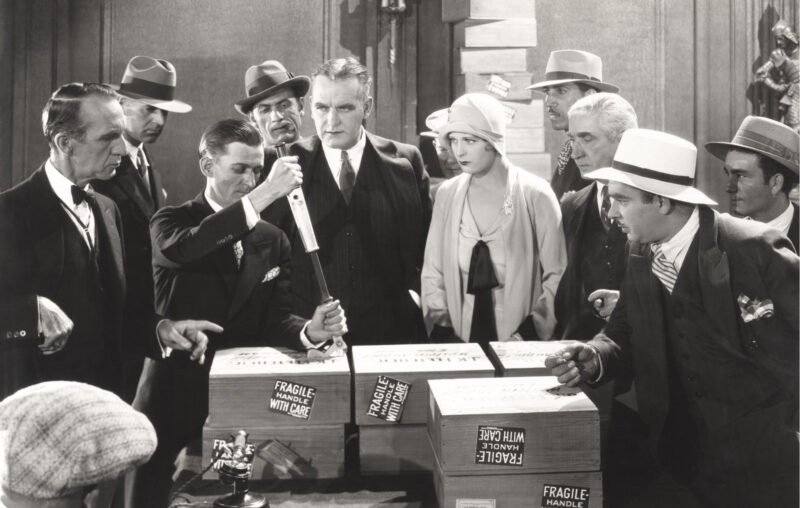 One of the most striking characteristics of ‘lockdownism’ – though one which, seen in the cold light of day, is hardly surprising – is that support for it has been generated through confluences of interests. The most obvious example of this is the way in which the aims of public health bodies (preventing excess deaths) have aligned so closely with those of certain big, incumbent market actors, such as supermarkets, social media giants, and online marketplaces (that is, profit). Lockdowns appear to suit those with self-consciously virtuous motives; they also very often suit those who want to make money. When people stay at home, they stop the virus spreading – but they also spend more time online, buy more from online stores, and rely on big ‘essential’ supermarkets rather than small, independent ‘mom and pop’ nonessential retail.

In light of this, are we at all surprised that it is very often the big social media firms, streaming services and the like that have been most strongly in favor of restrictions? There is nothing conspiratorial about this, nor probably even anything intentional. It is just the straightforward application of one of the most fundamental lessons of classical economics: incentives matter, and the incentives of these actors just tend to point in the same direction. It’s not that these businesses consciously support lockdowns due to a naked profit motive, in other words; it’s simply that their incentives to reject lockdownism are not strong, or are lacking entirely, because their interests are not in conflict with it.

One of the most important, helpful, but least well-systematized concepts in the study of regulation is the ‘bootleggers and Baptists’ phenomenon, coined by Bruce Yandle. Yandle observed that political activism in favour of the prohibition of alcohol sales and Sunday closing laws in the US was often a combination of high and low motives. Baptists are in favor of restricting the selling of alcohol because it is ‘good for society.’ Bootleggers are in favor of it because, for their purposes, the less alcohol that is lawfully available the better. The two groups do not conspire with one another, openly or otherwise. But the alignment of their interests is a kind of pincer movement which regulators find difficult to resist.

Bootleggers’ and Baptists’ coalitions, then, are circumstantial alignments between virtue and the profit motive. And they are everywhere in public life. To pick just one example, the Scottish and UK governments increasingly regulate the consumption of alcohol and sugar, through a variety of price floors, mandatory packaging requirements, and surcharges. These measures satisfy public health advocates, whose motives are pure (if probably misguided). But they also satisfy big incumbents, who can usually swallow increased costs much more readily than smaller operators, and who are adept at finding ways to sell smaller portions of familiar brands for the same price. Is there a conspiracy taking place? No: it’s just that incumbents are not strongly incentivized to lobby against the measures in question, because those measures are not actually very harmful to them.

The alignment of interests between public health advocates and certain market actors during the Covid period is, then, readily conceptualized in bootlegger-and-Baptist terms. It isn’t that there is any conniving or ‘backstairs intrigue’ going on. It’s simply that public health advice has gone strongly in one direction, and there has been no real incentive for certain sections of the corporate world to push back against it – rather the opposite.

This is not an entirely novel observation, and will have been evident to many observers. What has been less well-noticed is that there is something of a psychological bootlegger-and-Baptist phenomenon taking place within individuals’ minds as well – and that this has been particularly important in building support for lockdowns among the professional classes.

This was brought home to me early on in the pandemic, when an acquaintance sent me an email proclaiming how important the stay-at-home message was, but also saying that he regretted the fact that, having recently bought a new house, he was (I quote directly) ‘too busy to enjoy lockdown.’ This person’s rather blithe allusion that lockdown was something one should be enjoying was strikingly indicative, I thought, of the general mood among professional people that I knew. And indeed this was hardly the only person who, accidentally or openly, admitted to me that they rather liked the prospect of being shut at home. (I am sure that most readers of this post will have noticed the same phenomenon.) Many people seem to have relished the opportunity to get lots more work done. Others have found the release from stressful commuting or other commitments blissful. Being able to work from home, and often having quite nice homes, a lot of professional people have felt that lockdown gave them a better work-life balance. In other words, lockdown simply wasn’t a great hardship for a certain chunk of the population – and in fact came as something of a blessing.

This is not to suggest for a moment that support for lockdowns has been selfish, of course. Far from it. Rather, it is simply to observe that there has, again, been a strong confluence of interests – except here it is within the individual mind. I do not doubt that people have generally felt that all the restrictions they have been subjected to have been morally right (the ‘Baptist’ motive). But it is also true that they have had self-interested reasons for finding that the measures have not been all that bad of an idea, as well (the inner ‘bootlegger’).

It is the combination of the bootleggers and the Baptists working in tandem that is so effective, in Yandle’s sketch, and the same is true within us, as well. Our internal respective bootlegger, and Baptist, impulses are strong in their own right, and if they had been at odds during the pandemic, they would have tended to cancel each other out and there may have been more of a pushback against the restrictions. But because they have been working together, they are very powerful. This goes a long way toward explaining the behavior of white collar professionals during the pandemic: they have been acting out of a genuine sense of virtue, but they have also done rather well out of doing so, at least in the short term. It’s not one or the other, and high and low motives are not mutually exclusive – it’s both in combination that does the trick.

This article, Support for Lockdowns: A ‘Bootleggers and Baptists’ Phenomenon, was originally published by the American Institute for Economic Research and appears here with permission. Please support their efforts.

Despite What Biden Says, Guns Factor In Only A Small Percentage Of Violent Crimes