Study Finds Economic Prosperity is Associated With a Cleaner Environment 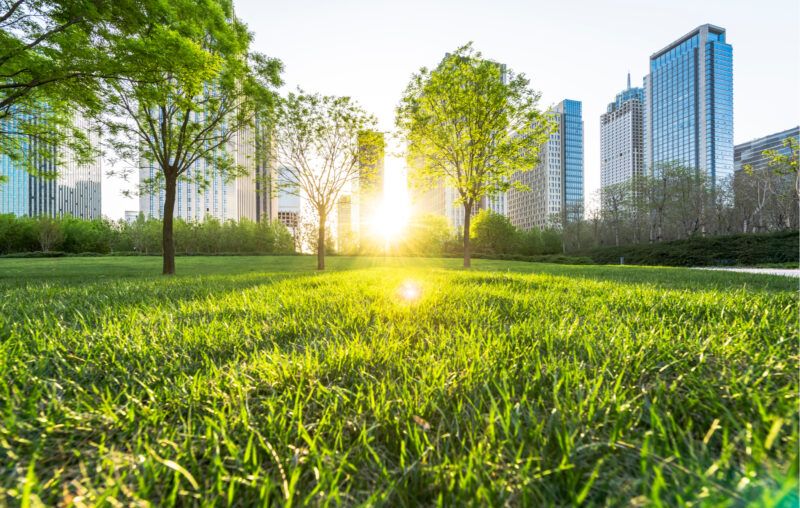 The climate activist and Time Magazine’s 2019 Person of the Year Greta Thunberg made the following remark at the 2019 U.N. Climate Action Summit,

You have stolen my dreams and my childhood with your empty words. And yet, I’m one of the lucky ones. People are suffering. People are dying. Entire ecosystems are collapsing. We are in the beginning of a mass extinction, and all you can talk about is money and fairy tales of eternal economic growth. How dare you!

Thunberg’s remarks are riddled with generalizations and exaggerations, but the main thrust of her argument is the most troubling one because it is fundamentally false. According to the activist, there is a negative relationship between economic growth and environmental protection. That assertion has little basis in reality. On the contrary, economic progress enhances our ability to be good stewards of our planet.

The Environmental Performance Index (EPI) is a joint project of the Yale Center for Environmental Policy and Law and the Center for International Earth Science Information Network at Columbia University. The index has been a leading resource on accessing environmental protection in individual countries for over 20 years.

The latest 2020 edition ranks 180 countries based on metrics, such as air quality, ecosystem vitality, environmental health, drinking water, CO2 emissions, etc. However, what stands out about the 2020 edition is its conclusion:

Good policy results are associated with wealth (GDP per capita), meaning that economic prosperity makes it possible for nations to invest in policies and programs that lead to desirable outcomes. This trend is especially true for issue categories under the umbrella of environmental health, as building the necessary infrastructure to provide clean drinking water and sanitation, reduce ambient air pollution, control hazardous waste, and respond to public health crises yields large returns for human well-being.

Furthermore, the report notes that although urbanization and industrialization can lead to increased pollution (especially in developing countries), tradeoffs between environmental protection and economic growth can be greatly mitigated by sound policy. For example, “commitment to the rule of law, a vibrant press, and even-handed enforcement of regulations – have strong relationships with top-tier EPI scores.” That’s because open governments allow for greater public scrutiny, whereas dictatorial governments, like the former Soviet Union, can silence their critics and continue destroying the environment unimpeded.

Provided below are the top five EPI-ranked countries in each region of the world. Each country’s EPI ranking is accompanied by that country’s global gross domestic product (GDP) per person ranking. Also included are the top five worst-performing countries. The EPI ranking is on a scale from 1 to 180, with 1 being the best and 180 being the worst. The GDP per capita ranking is provided by the World Data Atlas for the year 2020 in current U.S. dollars. The scale goes from 1, which is the highest GDP per capita, to 192, which is the lowest GDP per capita.

Below is a regression table plotting countries based on their GDP per capita and their total EPI score. As can be seen, there is a strong correlation between a country’s wealth and its EPI score.

Also provided are the factors considered when accessing an aggregate EPI score.

The relationship between better environmental performance scores and GDP per capita is quite intuitive. The first major reason being that environmentally friendly technology, cleanup operations, and ecological stewardship are expensive. Richer societies can afford to divert more resources to protecting the environment, while poorer societies tend to be more concerned with meeting basic living standards.

For example, in countries like the United States, it is standard to cook food with natural gas-powered or electric stoves. Those are far cleaner and safer than the alternatives commonly found in poorer societies. Further, Aaron Steinberg from the Council on Foreign Relations noted in 2019 that in India, around 78 percent of residents still use biomass for cooking and heating. That number can go as high as 90 percent in India’s low-income regions and 52 percent worldwide. Burning biomass, whether it be wood or, in many cases, dried dung, is extremely toxic and leads to millions of health complications every year. In fact, this is such a problem that increasing access to clean-burning stoves was a priority outlined in a 2014 United Nations report on sustainable energy.

Another example of the importance of advanced technology is the access to catalytic converters, which make it possible for automobile makers to lower car emissions to comply with the U.S. National Emission Standards Act. Such components are expensive, as are other environmentally friendly products, such as renewable energy, organic food, public transportation systems, smart grids, and so on.

The EPI report also notes that although industrialization can lead to increased pollution, the latter can be mitigated by a strong rule of law, a vibrant civil society, and a prudent as well as accountable government. An arbitrary and corrupt government, in contrast, is not only bad for generating prosperity, but it is also likely to be a poor protector of the environment. Undermining of private property rights, for example, can incentivize poor ecological stewardship – as it did most recently in Zimbabwe and Venezuela.

The EPI report confirms what many have known for a while. Although industrialization and modernization may lead to increased pollution and emissions, economic prosperity also offers the tools needed to mitigate environmental damage. Greater access to green technology, better incentives for environmental stewardship, and the resources necessary to pursue environmental stewardship are all luxuries brought about by a prosperous society. A prudent and accountable government that upholds the rule of law is not only a better promoter of economic growth but also a better steward of the environment. Higher living standards and ecological responsibility are not two competing interests but two interrelated byproducts of human progress.

This article, Study Finds Economic Prosperity is Associated With a Cleaner Environment, was originally published by the American Institute for Economic Research and appears here with permission. Please support their efforts.