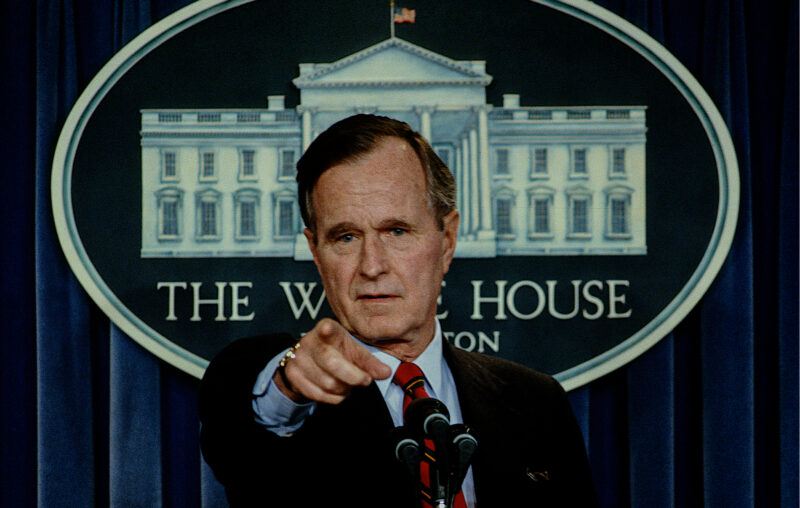 Former president Donald Trump has filed a lawsuit to block release of speech drafts, call logs, and handwritten notes regarding the January 6 Capitol Clash. Trump is seeking to prohibit the National Archives from delivering those records to a congressional committee investigating the events of January 6th. President Joe Biden has refused to invoke executive privilege to prevent the disclosure of Trump’s record. A federal judge ruled that the Trump administration documents must be delivered to congressional investigators, but on Thursday a federal appeals court temporarily blocked their release until further court proceedings.

The legal issue is murkier than most media coverage recognizes. As University of Virginia law professor Saikrishna Prakash pointed out in Sunday’s Washington Post, the Supreme Court has recognized that former presidents can assert executive privilege regarding their papers. Some of the hubbub over these cases focuses myopically on the comparative virtue or venality of Trump versus Biden. But the real scoundrel in this episode is the Presidential Records Act, a law that entitles presidents and former presidents to blindfold the American people practically in perpetuity.

The Presidential Records Act of 1978 was enacted after former President Richard Nixon tried to claim that his secret Oval Office tapes were his personal property. The 1978 law declared that “the United States shall reserve and retain complete ownership, possession, and control of Presidential records.” But this law has more loopholes than a congressional ethics reform bill.

The 1978 law mandated that the unclassified papers of a president be routinely released 12 years after the president’s term ends. But White House lawyers have perennially found pretexts to make a mockery of that provision. Two months after George W. Bush became president, his White House counsel, Alberto Gonzales, issued the first of several orders delaying the release of 68,000 of records from Reagan’s administration that archivists at the Reagan Library had already confirmed did not threaten national security or violate personal privacy. Those records could have profoundly embarrassed Bush’s father, George H.W. Bush, who was Reagan’s Vice President and the target of a Special Counsel.

Shortly after the 9/11 attacks, Bush issued an executive order that “effectively rewrote the Presidential Records Act, converting it from a measure guaranteeing public access to one that blocks it,” as law professor Jonathan Turley noted. Bush’s edict reversed the burden of proof in the law. Historians and others were required to prove “a demonstrated, specific need” for documents to overcome any assertion of privilege, however spurious or self-serving, by a former president. Bush’s edict permitted vice presidents, former presidents, or their designated representatives to block public release of records in perpetuity. Bush’s order also gave the current president veto power over any release of documents from former presidents, thus permitting each new president to blockade history. Bush’s efforts to protect the reputation of former presidents also protected the reputation of the government.

President Obama partially reversed Bush’s order in 2009 but retained plenty of veto powers for himself over what Americans could learn about their history, including the right to mandate unlimited delays for disclosures. As Josh Gerstein reported on Politico, Obama White House lawyers repeatedly invoked procedures to “delay the release of thousands of pages of records from President Bill Clinton’s White House.” Congress passed a law in 2014 to curb White House prerogatives over presidential papers but the system remains rigged in favor of secrecy.

The media continues to treat former President Barack Obama as a champion of transparency, but his presidential library is looking like a huge bait-and-switch. Obama raised hundreds of millions for a grandiose library in south Chicago – except that it was revealed two years ago that it wouldn’t actually be a library. At the end of the Obama administration, 30 million pages of documents from his presidency were shipped to a former retail store near Chicago. Come to find out, the Obama Foundation, a private nonprofit organization, will control the official records of his time in office, rather than the National Archives and Records Administration, which administers all other presidential libraries. Rather than opening the files to the public and researchers, the Obama Foundation will eventually digitize the records. This could result in even worse delays than George W. Bush sought to finagle. Pulitzer Prize-winning historian David Garrow warned, “The absence of a true Obama presidential library will have the effect of discouraging serious and potentially critical research into the Obama presidency.”

There are plenty of reasons to expect excessive secrecy from both Trump and from Biden, who kept his Senate records locked up during his presidential run. In 2011, Biden was treated like a civic saint when he donated 1,875 boxes of documents from his U.S. Senate career to the University of Delaware. The National Endowment for Humanities gave a grant to help curate the collection, and the deal between Biden and the library was that the documents would remain sealed until “two years after Biden retires from public office.” Biden retired as Vice President in January 2017. Instead of releasing the information to the public, the library announced just before Biden launched his presidential campaign that secrecy would continue until two years after Biden “retires from public life.” Biden in 2019 justified keeping all his Senate records locked up during the campaign because “the idea that they would all be made public in the fact while I was running for public office, they could be really taken out of context.” It is unknown whether Biden’s Senate records contained any bombshells as explosive as his son Hunter’s laptop (which the media raced to defuse before Election Day).

Prerogatives for perpetual presidential secrecy are more akin to royalty than to a republic. Presidential libraries, which cost taxpayers $100 million a year, become lavish taxpayer-funded mausoleums where public records are mostly buried in perpetuity. As New York University history professor Jonathan Zimmerman wrote in 2015, “Why should each president get his own library? Multiple libraries are wasteful… And they’re undemocratic, because they allow our presidents – not the people who elected them – to define their legacies.” Zimmerman recommended putting all presidential records in a single library.

Presidents and former presidents manipulate history to enrich themselves and unjustly burnish or protect their reputations. The system continues presuming that former presidents are entitled to their good names – or at least to be able to postpone releases which reveal their full perfidy. The longer former presidents delay releases of documents exposing their failures, deceit, and misconduct, the more adulation and higher speaking fees they enjoy.

Former presidents should forfeit any right to confidentiality of their papers on the day they sign a contract to write a memoir of their time in the White House. Former president Bill Clinton received a $15 million advance for his memoir, George W. Bush received a $10 million advance, and Barack Obama and his wife Michelle received $65 million for a two-book memoir deal. Presidents can effectively use anything they please to write their memoirs – and by keeping the vast majority of their records secret, prevent fact checkers from exposing their fabrications. Any presidential memoir that is published while the vast majority of records of that president remain secret should be treated as self-serving propaganda.

Rather than a byzantine disclosure regime in which secrecy almost always wins, the Presidential Records Act should be replaced by a simple deal for former commanders-in-chief. Former presidents should forfeit the right to confidentiality and privacy of their records on the day they sign a deal to write a memoir. There will continue to be a tiny swath of records that will not be disclosed to protect national security. But if former presidents are going to receive a king’s ransom in book advances, then average Americans deserve simultaneous near-total access to the records their taxes paid to create.

The current presidential records system is a bipartisan scam designed to buttress politicians’ reputations. As federal judge Damon Keith declared in 2002, “When government begins closing doors, it selectively controls information rightfully belonging to the people. Selective information is misinformation.” Keith warned, “Democracies die behind closed doors.” Continuing to close the doors on presidential records is a clear and present danger to Americans recognizing how badly they have been misgoverned.

This article, Stop Protecting Presidents from History, was originally published by the American Institute for Economic Research and appears here with permission. Please support their efforts.