Steel Follies and the Perils of Politically-Controlled Trade 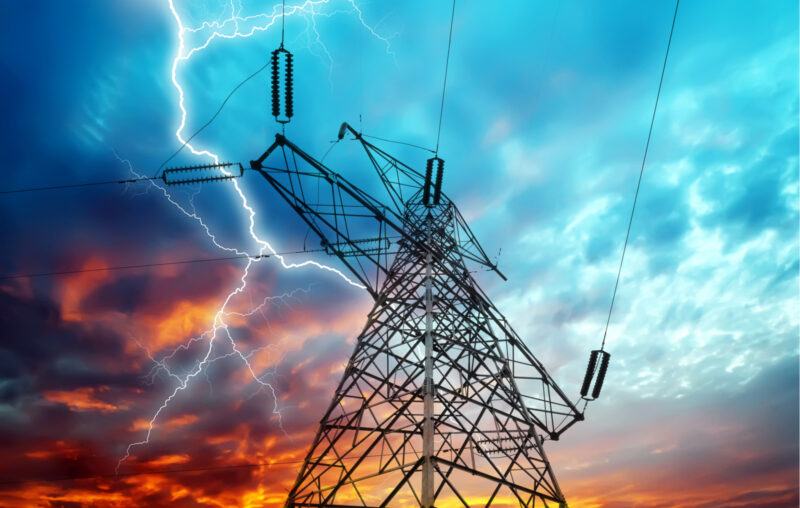 The Biden administration appears determined to perpetrate all of Trump’s economic follies while adding fresh blunders of its own. Trump was notorious for saying incorrect things on trade, such as his assertion that “trade wars are good, and easy to win.” When Trump imposed a 25% tariff on steel imports in 2018, he was widely criticized for subverting the health of American manufacturing to cater to a single lagging industry. But Biden is perpetuating those steel tariffs and some Democratic supporters favor sweeping new tariffs to fight “climate change.”

The Washington Post noted on Tuesday, “One of Trump’s most controversial trade initiatives, which angered U.S. allies and drew scorn from many economists, has become a plank in Biden’s ‘worker-centered’ trade policy.” There are 135,000 steel workers in the U.S. compared to more than 6 million workers in steel-using industries. Politicians and bureaucrats pretend that the latter number doesn’t exist. The Post noted, “[t]he Biden administration is determined to retain support from the United Steelworkers, a force in key states in the industrial Midwest.” The price of hot-rolled steel has risen more than 300% since last summer. The tariffs will be increasingly destructive as “manufacturers nationwide complain of difficulty obtaining materials, including shortages, rising prices and delivery delays.”

Steel producers have been the biggest whiners and trade racketeers in modern American history. The steel industry has been heavily protected since the erection of the first steel mill in America in 1875. Behind high protective tariffs, Andrew Carnegie engineered the steel trust, which became legendary for selling steel overseas at a far lower price than it sold in the U.S. market. U.S. Steel got a black eye when President Theodore Roosevelt bought U.S.-made steel for the Panama Canal in Central America for 40 percent less than in Pittsburgh.

During the Johnson, Nixon, and Carter administrations, imports of steel from Europe and Japan were stifled by so-called “voluntary” restraints which foreigners grudgingly accepted in lieu of getting totally banned from the U.S. market. But banning foreign products brought out the worst in U.S. companies. U.S. Deputy Trade Ambassador Linn Williams admitted that the United States in 1984 was “one of the world’s least efficient [steel] producers.” Mini-mill Nucor boss Ken Iverson observed in 1986, “As soon as prices began to rise [thanks to import restrictions] so that the steel companies began to be profitable, they stopped modernizing. It’s only under intense competitive pressure — both internally from the mini-mills, and externally from the Japanese and the Koreans — that the big steel companies have been forced to modernize.”

But those basic realities did not deter the Reagan administration from severely restricting steel imports from 1982 onwards. In 1984, Congress enacted a trade bill that contained a short-supply provision intended, as a congressional conference report noted, “to protect domestic purchasers of steel products from undue hardship due to an inability to obtain adequate supplies from domestic sources.” The Commerce Department decided that no burden was too heavy, no price too high, and no quality too low in order to force American manufacturers to bankroll U.S. steel producers. In 1986, Commerce took an average of 236 days to decide a short-supply request. As Allan Mendelowitz of the General Accounting Office testified, “One of the reasons why the decisions took so long… was specifically to create obstacles to acquiring steel through the program.” Deputy Assistant Secretary Gilbert Kaplan, who ran the program, declared in 1988 that a short supply is “not a negative situation… that’s a positive situation,” meaning the industry is “doing very well.” Federal steel policy routinely gave one man authority to judge whether American manufacturers really needed the steel they were begging for. Bill Lane, a top official with Caterpillar recalled, “[h]igh steel prices and quota-induced shortages were undermining factory efficiency as just-in-time processes gave way to just-in-case workarounds.”

Reagan’s steel quotas destroyed far more jobs than they saved. Professor Hans Mueller estimated that the quotas resulted in thirteen jobs lost in steel using industries for each steelworker’s job saved. The Institute for International Economics estimated that quotas were costing the equivalent to $750,000 a year for each steel job “saved.” A 1984 Federal Trade Commission study estimated that steel quotas cost the U.S. economy $25 for each additional dollar of profit of American steel producers.

Despite the economic devastation, President George H.W. Bush extended steel import quotas in 1989 for another two and a half years. Bush ludicrously labeled the quota extension a “Steel Trade Liberalization Program” – as if free market rhetoric could magically transform the nature of a protectionist act. The 1989 quotas were expanded to include oil pipes and railroad locomotive axles and wheels, thereby hurting both the U.S. oil industry and locomotive producers. Under the Bush regime, the U.S. imposed 231 separate quotas on steel imports from different nations, covering 500 different steel products.

The Reagan-Bush steel policy kneecapped U.S. competitiveness. Former International Trade Commission (ITC) chairman Paula Stern noted, “Inflated U.S. steel prices were an important factor in the erosion of U.S. manufacturing preeminence and employment from the 1960s to the mid-1980s.” The ITC concluded that the steel import quotas actually increased the U.S. trade deficit, causing a significant increase in imports of manufactured goods containing steel and a decrease of U.S. exports of steel products.

The politicians who championed blockading American harbors against foreign steel never admitted that American steel was widely perceived as inferior in quality to foreign steel. Ford Motor Company’s rejection rate for U.S.-made steel during the 1980s was five times higher than its rejection rate for foreign steel. A 1990 ITC survey found that 55 percent of American purchasers of stainless steel bars and rods rated Japanese product quality and customer service as “excellent,” while only 2 percent of American purchasers rated U.S. product quality and service as “excellent.”

But the protectionist follies of the late 20th century did not deter George W. Bush, the first president of the new century, from imposing new restrictions on steel imports. At the time Bush took office, more than half of all steel imports were restricted by federal price controls—penalties for foreign subsidies or penalties for low prices (so-called “dumping”). Steel lobbyists had a major role in writing U.S. “fair trade” laws, helping ensure that foreign competition is routinely found guilty despite absence of wrongdoing.

Even though overall steel imports were declining in the early 2000s, the ITC concluded that the American steel mills were being injured by a “surge.” The only product with sharply increasing imports was steel slabs—unfinished products being bought by American steel mills and transformed into finished, higher-value products. The ITC effectively concluded that American mills were being badly injured by the foreign slab they voluntarily purchased and profited from. It didn’t make any sense but, since it was U.S. trade law, it didn’t have to make sense.

The Bush administration knew even before imposing new tariffs that the steel industry’s problems were not due to unfair trade. In early 2001, the Treasury Department hired the Boston Consulting Group to analyze the U.S. steel industry and the world steel situation. American Metal Market reported that the study “highlighted inefficiencies in U.S. steel production compared with global competitors” and “measured U.S. steel industry efficiency in the bottom one-third of a global comparison.” U.S. steel companies were outraged by the study so the Treasury Department suppressed the report.

On March 5, 2002, President Bush slapped a new 30% tariff on steel imports. Bush announced, “Free trade is an important engine of economic growth and a cornerstone of my economic agenda.” He then revealed how he would protect American workers from that cornerstone: “An integral part of our commitment to free trade is our commitment to enforcing trade laws to make sure that America’s industries and workers compete on a level playing field… Today I am announcing my decision to impose temporary safeguards to help give America’s steel industry and its workers the chance to adapt to the large influx of foreign steel.” Bush first invoked U.S. fair trade laws and the “level playing field”—and then announced that he was providing special relief to steel producers that had nothing to do with laws on allegedly unfair imports.

The Bush administration knew its steel tariffs would destroy American manufacturing jobs but imposed them anyhow. Bush’s chief economic advisor, Glenn Hubbard, “drafted detailed analyses against the tariffs, including state-by-state job losses that he forecast for manufacturing,” the Washington Post reported. (The estimated job losses were never made public.) A late 2001 economic analysis by the Trade Partnership Worldwide consulting firm estimated that “new steel tariffs would cost about eight American jobs for every one steel job protected.”

Prices for hot-rolled steel almost doubled between the time the ITC recommended tariffs on imports in December 2001 and the summer of 2002. Manufacturers were also devastated by shortages of steel products, as the tariffs disrupted international trade and deterred exporters from delivering to the U.S. In many cases, U.S. steel mills broke their contracts and forced their American customers to pay far higher prices. The Consuming Industries Trade Action Coalition estimated that “higher steel prices cost 200,000 American jobs and $4 billion in lost wages from February to November 2002.” An ITC analysis concluded that the new tariffs cost steel-consuming industries $9 for every $1 in additional steel profits. After World Trade Organization rulings against the tariffs buttressed by European threats of trade retaliation, Bush suspended the steel tariffs in late 2003.

Trump, like other Republican presidents, learned nothing from the follies of his predecessors. Trump’s steel and aluminum tariffs, along with the foreign retaliation they sparked, destroyed an estimated 300,000 jobs. Unfortunately, the Biden administration views those tariffs as a shining success story. On April 7, Commerce Secretary Gina Raimondo declared that those tariffs “helped save American jobs in steel and aluminum industries.” She also justified the tariffs “to level the playing field.” Raimondo continues the boneheaded tradition of Commerce Secretaries who refuse to use double-entry bookkeeping, instead looking solely at the profit of protected industries.

Trump imposed his steel tariffs under a 1962 trade law provision known as Section 232, enacted to entitle presidents to block any imports that are labeled a national security threat. Rep. Bill Pascrell, a senior Democrat on the House Ways and Means Committee, is urging the Commerce Department to conduct a Section 232 investigation to target “imports of carbon emissions.” Pascrell declared, “Clearly, carbon dioxide emissions are exacerbated by international trade and imports to the United States…. Commerce should investigate with the urgency and gravity that this emergency warrants.” ForeignPolicy.com, a popular website inside the Beltway, gushed, “Fortunately for supporters of aggressive action on global emissions, Trump has demonstrated a highly effective way to circumvent the legislative process.” Considering the environmental fanaticism of some Biden administration policymakers, climate change could provide a pretext for profoundly disrupting imports and American manufacturing in the coming years.

Perhaps the latest peril will finally help Americans recognize that permitting politicians to have vast arbitrary power over trade is itself a national security threat. Every trade barrier seeks to redirect capital and labor from relatively more productive to relatively less productive uses. American citizens and manufacturers should be allowed to buy every commodity they choose as cheaply as the world can produce it. The time has come to end the medieval pursuit of a “just price” for imports and to cease permitting politicians and bureaucrats to have economic life-and-death power over American businesses.

This article, Steel Follies and the Perils of Politically-Controlled Trade, was originally published by the American Institute for Economic Research and appears here with permission. Please support their efforts.