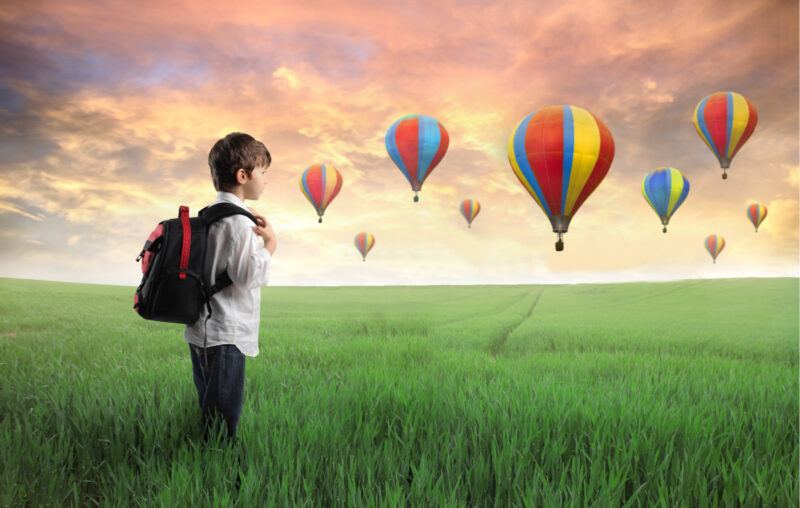 The hype and buzz around critical race theory are palpable. Conservatives see it as the rise of an anti-American narrative. Progressives and liberals see it as a proper descriptor of enduring racism in America. A slew of harder to categorize individuals populate a middle ground between those two extremes. In the past, university classrooms and conference rooms were seen as the grounds on which the battle should be fought. More recently, elementary and high school classrooms have also turned into battlegrounds.

Leaving aside discussions of what one thinks of critical race theory (the debate is vastly fought between insipid pundits who are best left ignored), the extension of the debates to pre-college classrooms warrants some attention.

When it was contained to universities and colleges, the debates appeared to reflect a normal part of life in society – i.e. disagreement over ideas and political narratives. However, extending the debates to earlier stages of education suggests that many parties involved in the debate see greater stakes at play. These greater stakes make them feel the need to politicize school curriculums.

But why do they feel that this is a possibly fruitful area to do battle? The answer is relatively simple: public schooling politicizes education.

State governments decided long ago that, instead of providing subsidies for parents to help send their children to school, they would get involved in the production of schooling itself. Not only would they run the schools, but they would also set curriculums to meet certain basic standards. These curriculums are often also required of non-government schools (in multiple countries). Some propose an idealistic justification for these interventions: making sure that all students achieve a certain standard of achievement or knowledge. The problem is that, in doing so, a lure was created for people who wished to employ state power to shape political views. After all, he who can capture control of the state government is able to shape schooling provision for everyone in the state. And he can shape it in a way that advances his political agenda.

In other words, public schooling can serve as a tool for indoctrination. Obviously, it is easy to agree with the idea that public schooling in countries with authoritarian rulers as in Cuba, Venezuela, Nazi Germany or former Soviet republics has been used for indoctrination. However, that would not apply in Western countries such as the United States. After all, can one reasonably equate authoritarian indoctrination with debates over critical race theory? The answer is that the difference is only one of degree, not one of nature.

Let me provide you with a less contentious example from my native province of Quebec in Canada in order to make my case. Quebec is home to the vast majority of Canada’s French-speaking population. Historically, Canada’s French minority has had a tense relationship with the English majority since Britain conquered New France (the name given to France’s holdings in North America). As the English waltzed from self-interested toleration to deliberate efforts to assimilate the French minority, a sense of latent hostility has always existed between both groups. For the French minority, this translated into a strong French-Canadian nationalist discourse that has always remained popular in Quebec.

In the bargain for confederation in 1867, the constitutional arrangement specifically granted powers over schooling to provincial governments. In Quebec, this effectively translated into giving a virtual monopoly over education to the Catholic Church. This clause was introduced to parlay the Catholic Church into supporting Confederation. Had schooling been a federal power, English-speakers would have been able to set policies to assimilate the French minority. This is how the Church perceived it. And it was later confirmed to be a correct intuition, as French-Canadian minorities outside Quebec (such the Franco-Ontarian community in 1912) were subjected to discriminatory schooling laws.

As such, indoctrination (or at least the fear of it) was in play in a liberal democracy such as Canada. In fact, it has continued to be since then. In the 1960s, Quebec saw a rise in the intensity of its nationalist political movements. Prior to that point, nationalists tended to operate in a form of constitutional conservatism whereby the role of the Quebec government was to systematically resist federal encroachments into provincial jurisdictions. Separation from Canada was never seriously considered (although it was frequently mentioned). It was in the 1960s that separation rose in popularity. At the same time, the provincial government was taking over the provision of schooling from the Catholic Church.

These dual developments incited long drawn-out battles between federalists (i.e. supporters of staying within Canada) and sovereigntists (i.e. supporters of separation) over high school history curriculums. The former wanted to emphasize a more multidimensional history course meant to emphasize socioeconomic developments and the idea of the “two founding nations” (i.e. French and English) as motivation for confederation. The latter wanted to emphasize the historical tensions between the French minority and the English majority. Since the 1970s, there have been multiple back and forth (as governments changed) over the structure of history courses and the extension of such courses to CEGEPs (Quebec’s pre-collegiate institution between high school and university). The debate persists today as the highly nationalist (but not separatist) provincial government announced new reforms to Quebec’s history courses.

The two sides are fighting for the soul of their respective causes, and the battleground of pre-collegiate classrooms has been selected because a victory means that virtually all the schools in the province will teach their narrative of history. How can that not translate to American debates over the teaching of history/critical race theory?

If you are still unconvinced, consider a simple counterfactual whereby there are no public schools (and all public funding has been allocated to parents who get to pick their school of choice). In such a parallel world, would the pundits fight over classroom content as aggressively? After all, they would need to convince each school separately to adopt their preferred curriculum. The efforts needed to do so would be immensely greater than under a system where the state has a heavy hand in the market for education. As such, pundits would pick a different battleground – perhaps eschewing pre-collegiate classrooms altogether.

Regardless of how one tries to cut it, state involvement in schooling creates a profound alteration of political incentives. The debates in America over critical race theory in high school constitute the most recent (and most divisive) illustration of this.

This article, States Shouldn’t Dictate Curricular Content, was originally published by the American Institute for Economic Research and appears here with permission. Please support their efforts.