Spielberg’s West Side Story Doubles Down on Tragedy of Prejudice 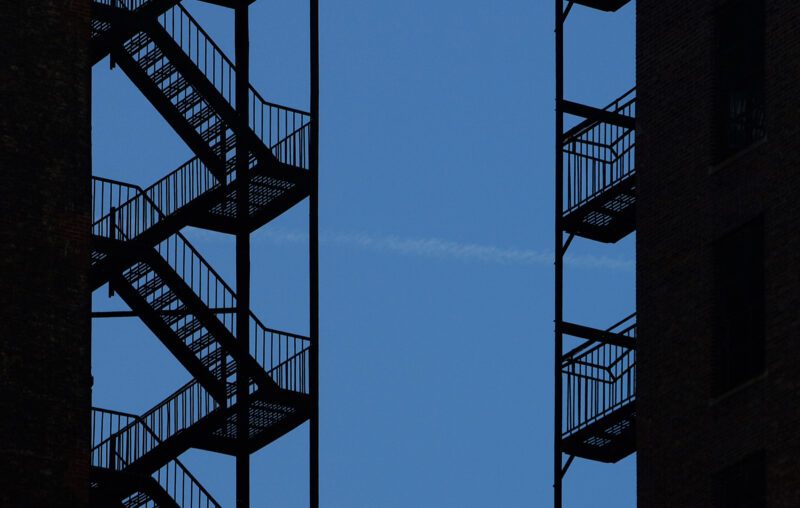 Perhaps one of 2021’s most anticipated big-budget Hollywood films will end up as the year’s biggest flop. Steven Spielberg’s update to West Side Story had enough buzz to rake in four Golden Globe Nominations just three days after it hit American theaters. Yet, even without streaming services to siphon off audiences, the movie tanked—generating just $10 million during its opening weekend. Few analysts expect it to cover its reportedly $100 million production budget before going into online streaming.

This is unfortunate. Spielberg’s version of West Side Story is better in many respects than the 1961 film. It’s also more true to the long-running 1957 Tony award-winning play, which was inspired by Shakespeare’s Romeo and Juliet. West Side Story’s tale of the tragic consequences of prejudice and retributive justice is perhaps even more relevant today.

In typical Spielberg fashion, he has crafted a stylish, extraordinarily well-produced, and well-executed film. His directing elicits stellar performances from excellent but largely unknown actors and actresses. Noticeably, Rachel Zegler’s performance as Maria earned a Golden Globe Best Actress even though this is her first feature film performance. Yet, top-flight performances from Ansel Elgort (Baby Driver, The Fault in Our Stars) as Tony, acclaimed theater actors Ariana DeBose as Maria’s sister Anita and David Alverez as her boyfriend Bernardo, and Mike Faist (Wildling, Panic) as Tony’s best friend Riff.

The creative restructuring of some scenes and song placement makes the story even more poignant. Placing the song “Somewhere / There’s A Place for Us” later in the story, sung by famed Puerto Rican actress Rita Moreno as Valentina, highlights the social isolation created by prejudice and elevates the emotional impact of the tragedy. Valentina is the surrogate mother figure for Tony, a Puerto Rican-born widow of Doc, and current owner of Doc’s drug store. Having the song and choreography of “I Feel Pretty” set in a department store during a night cleaning shift rather than a bridal shop more accurately represents some of the social conditions of the times.

The Jets, a non-ethnic white gang of street thugs, struggle to hang onto their neighborhood turf. The Jets are kids who have nowhere else to go. They are jobless, live in broken families, and have no relevant education. Their identity is around the gang and their control over the streets. Under the leadership of Riff and Tony, the gang’s founders, the Jets have run other gangs out. Now, Riff has his sights set on driving out the Sharks, made up of Puerto Rican immigrants.

The Sharks are run by Bernardo, an aspiring boxer and boyfriend of Anita, who is hosting her younger sister Maria. Maria is new to New York City and American life. Anita refuses to marry Ricardo until he gives up the gang life and settles into finding a job with financial stability.

In the middle of these tensions between the Jets and Sharks are the police, Officer Krupke (Tony award-winning actor Brian d’Arcy James), and Lieutenant Schrank (Corey Stoll, House of Cards, Billions, Ant-Man).

Neither side trusts the police for different reasons. The Jets see the police as incompetent clueless interlopers. The Sharks see the cops as racist enforcers, giving the Jets and others a free pass. Each gang’s attempt to circumvent the law sets up a series of decisions and plot points that propel both sides to the pivotal rumble.

The film does a good job of setting up the motivations of the gangs through the veneer of a contemporary lens. The Jets, however, perhaps reflecting the current racial climate in the US, are far more one-dimensional. Their family is the gang. The audience never sees family dynamics, although their dysfunction is alluded to in lyrics and song. Their only motivation is to preserve the gang through loyalty and power.

This simplistic characterization contrasts with the Sharks. Spielberg and screenwriter Tony Kushner (Munich, Lincoln) peek into the complexity of Bernardo, Anita, and Mary’s familial relationships, shifting loyalties, and independent drives for independence. Anita and the other Hispanic women establish their independence consistently. It’s not surprising when Maria follows suit.

Lost in the mix is Tony, Riff’s best friend, and co-founder of the Jets. After spending a year in an upstate New York prison for assault, he is trying to distance himself from gang life. When he meets Maria at a local dance, his world is turned upside down. He begins to break through the prejudices that trapped him in a violent and retributive system of justice where insults are traded with insults, brute violence justified as a response to real and perceived offenses.

West Side Story handles these themes well. The classic songs and dance numbers are orchestrated effectively to build tension and keep the pace of the movie moving quickly. Even as we know the ultimate fate of the protagonists, audiences are still swept up with the fears, prejudices, anxieties, and doubts that sow the seeds of a cataclysmic, poignant ending.

The 2021 film is true to the source material but also takes liberties. Some of them seem like nods to “woke” culture. For example, Anybodys, a Jets wannabe gang member, was a tomboy in the play and movie and was revisioned as transgender in the 2021 version. This is problematic for a story set in the misogynistic gang culture of the 1950s.

The term “transgender” was not coined until 1965 and was not widely used or understood until the 1970s. The American Psychiatric Society continued to list homosexuality as a mental disorder until 1974. In a 1950s gang setting – prior to the 1969 Stonewall Riots and the emergence of the gay liberation movement – transgender behavior would likely be an invitation to murder the rough, hyper-masculine world of street gangs.

Moreover, the tomboy character was actually an empowering one, where girls act in ways to be treated seriously or at least at the same level as by boys and men. In West Side Story, the transgender characterization is less empowering and more about marginalization.

More problematic is Spielberg’s decision to eschew subtitles for the Spanish-speaking parts of the film. While Kushner and Spielberg do an admirable job of trying to convey meaning to non-Spanish speaking audiences, these moments falter.

Spielberg has said publicly he decided to not use subtitles to give the Spanish dialogue and language the same power and authority as English. But this equalization only occurs if the audience knows and understands both languages. Non-Spanish speakers cannot fully participate in the story. Non-Latino audiences are effectively excluded from critical insights into the motivations, decisions, and emotions of the Puerto Rican characters.

A Powerful Revision of an Urban Tragedy

Nevertheless, despite these drawbacks, West Side Story is an excellent film. Spielberg and Kushner have effectively updated the story and its themes to place it in a more contemporary context. Moreover, in achieving this, the classic songs that have defined the musical in our cultural consciousness are likely to reach broader audiences and new generations.

The emphasis remains on the tragic consequences of failing to recognize and honor individuals for who they are, the soul-tearing nature of violence to resolve disputes, and the need to promote more honest and sincere dialogue to promote understanding and peace.

This article, Spielberg’s West Side Story Doubles Down on Tragedy of Prejudice, was originally published by the American Institute for Economic Research and appears here with permission. Please support their efforts.